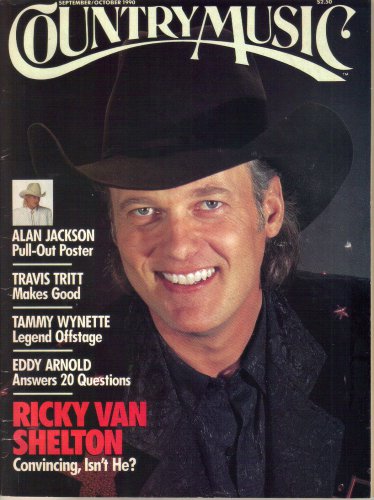 By the spring of 1990 I was desperate to escape from Farm Credit Services. It felt like I'd been there forever, when in fact it had only been a little over a year. I'd made friends, one of whom in an attempt to "help", I'd inadvertently had to say goodbye to. Linda's husband was a ranch manager who was ready to move on. I found an ad in the classifieds that was just up his alley and pointed it out to my friend. Before I knew it, Kirk had accepted the job and Linda's whole family moved clear across the state. Aside from the stultifying cloud I worked under, fun came from unexpected sources. Our local United Way conducted a promotion in which people could have someone "arrested" and the person would have to call everyone he or she knew in order to raise "bail" and be released. Before Linda left town, we arranged to have our boss arrested. It was all for charity....

In the fall of each year Bismarck held its annual street fair, which consisted of arts and crafts shopping galore and various corny events, like a pageant that featured contestants from local establishments. We decided to get into the spirit and sponsor an entrant from FCS. We talked one of our co-workers, eventually, into allowing her name to be placed into contention. (Paula ultimately, despite her initial revulsion, found the whole experience exhilarating.) I think half the contender's score was based on the creativity of her sponsor's promotion, so I busied myself drawing up posters and concocting catchy slogans. I believe that was the only time Nancy, my boss, ever offered me a compliment (I knew my strengths). Alas, Paula didn't prevail, but it was a win-win experience for everyone involved.

As a result of quitting smoking, my weight had shot up...and up. I'd gained fifty pounds and was most likely viewed in the office as the FCS schlub. Ultimately, even I became disgusted with myself and plunked down money I couldn't afford to spend to enroll in a program called "Diet Center" (admittedly, not the most original, but at least the most honest, commercial program at the time). Who wouldn't lose weight on a regimen that basically consisted of baked fish, asparagus, and Melba toast? I think a lemon was considered a "free food". I'd done Weight Watchers in the past with my mom, but this was infinitely more restrictive. But once I committed myself to something, I was determined not to fail, and I succeeded wildly. I lost all fifty pounds and more and reduced to a size three before I stopped. I bought clothes at the local consignment shop because my frame continued to shrink. My Diet Center "counselor" tried to talk me into posing for an ad, but my aversion to attention put an absolute kibosh on that notion.

As a downside, I took up smoking again. Damn, I was starving!

(After I'd left FCS, I joined my former cohorts one evening for a get-together on a local bistro's patio, and one of the guys was perplexed when Paula pointed out that I was there. He searched the area for a time and shrugged. I was unrecognizable ~ no longer the schlub.)

In my zeal to get away from Nancy and her disapproving glances, I had been scouring the want-ads for a while. When I spied one that said, "National Insurance Company Seeks Claims Examiners For a New Local Branch", I became obsessed. I fixated on that ad and staked my existence on garnering one of those positions. I knew absolutely nothing about health insurance, but for some unknown reason I understood that this was my destiny, which sounds utterly dumb, but there it was. I applied and received an appointment for a group interview, and henceforth sat in my garage every day after work and smoked and practiced answering hypothetical questions and hyping myself.

The group interview was an assembly line. I'd move to the first queue and answer a question, then shuffle on to the next cluster of interrogators and respond to another. All my practice evaporated. The only thing I had going for me was my medical knowledge from St. Alexius ~ I knew nothing about insurance and they all grasped that.

I was informed I'd hear from them within the week.

I didn't get a callback.

One of the few things I'd ever strived so hard for and I'd utterly failed. My lot was working for FCS and Nancy until I either reached retirement age or chopped her up with an axe.

Out of the blue a couple of weeks later, US Healthcare called and offered me the job.

The pay was exactly the same salary I was making at FCS, but I leapt at the offer. I didn't stop to question why it took them a fortnight to call. The next Monday when I told Nancy I was leaving, she was perplexed and disappointed. When the time came to tell Nancy how inadequate she'd always made me feel, I deflated. What was the point? Why bother? I was gone. Would I feel good about myself unloading on her? I lied and told her I was offered twenty-five cents more per hour. She apologized that she was unable to match the offer, but budgets, you know...Funny how they never tell you they appreciate you until you quit.

It felt strange leaving FCS. It had been a filler job all along, but I'd formed relationships. Unlike the hospital, I was on an even par with most of the people I worked with. They didn't wave their degrees in my face, because like me, nobody had one. They were working class; trying to pay their mortgages and attempting to scratch out a moment of happiness in the midst of their eight-hour slog. I was moving on to a new group of thirty girls I didn't know and I'd have to start all over again. And I was thirty-five, twice most of their ages. I was a mom who bought her clothes at the consignment shop and who had to count her pennies to buy a new pair of pantyhose. I figured, however, at least we were all in this leaky boat together. And if it didn't work out, shoot, I'd become an expert at sussing out the one or two jobs in the newspaper that fit my meager skills.

Musically, I'd become torn. At Farm Credit Services, I mostly tuned my portable radio to the local rock station. Part of that may have been that I liked the morning DJ, Bob Beck; part of it was that I wasn't ready to let rock go. When I'd turned away from country in the mid-eighties because it reeked, I became the quintessential MTV fan, and my sons shared my enchantment with Huey Lewis and Dire Straits. We bonded over pop music and baseball cards.

Country music, however, was harkening me back. Changing one's essence is ultimately a hopeless quest. One can change for a while, but we always come back to the person we intrinsically are.

Luckily for me, Eddie Rabbitt was still around:

One of the best country groups of all time, Highway 101:

Mark Chesnutt will forever reside in the top five of my favorite artists:

Like Eddie, Ronnie Milsap was still hangin' in there:

Some dude named Garth appeared on the scene:

When someone says "ninety country" (although no one actually does), this will be the song on the tips of everyone's brain:


My new career in health insurance commenced, with country music as a backdrop.