Wow, I just realized that I haven’t written anything since April! Well, that just goes along with my songwriting output, since I don’t even remember the last song I wrote.

I think it’s those lazy, hazy days of summer that lull me into a kind of slumber (ooh, I made a rhyme, sort of!), and make me forget that I’m not being productive.

I always considered myself a “summer kind of gal”, but lately, the hot weather just seems to bog me down and makes me pine for an oscillating fan and a thermostat set at 68 degrees, as I congeal into a pool of mush.

Funny how we long for summer during those long (yet short) winter days, and then when summer finally arrives, we bitch about it. Well, that’s humans for ya. Always bitching about something.

I moved my guitar, so that it’s sitting right here in my line of sight, hoping that this would nudge me into picking it up once in awhile and trying to write something. Alas, the old girl is standing here looking at me, and it’s got a nice coating of dust on it. “Why don’t you want me anymore?”, it asks, pleadingly. “It’s not you, it’s me”, I say. (Luckily, no one else is here in the room to observe me talking to my guitar.) “But, since we’re talking, why don’t you learn to play some new chords…..stupid slacker guitar…..”

And then the accusations start flying: “Well, why don’t you come up with some new ideas, hotshot?” (I hate a backtalking guitar.)

I actually tried writing a couple of songs lately. It didn’t work out well. I took advantage of a 10-day trial subscription to SongU. You can submit songs for critiques there (for an extra charge), so I submitted my first song and got a really scathing critique. I laugh about it now (sob!) The guy basically said (and I’m paraphrasing here), “What the hell?”

So, for my next critique, I chose a different “critique-er” (I’m no fool!). This submission was just lyrics; no melody. This guy was WAY better! He said something to the effect that I had “an obvious grasp of lyric writing”, or something like that. Then he said a bunch of negative stuff, but I only remember the good parts of his response.

I’m being somewhat flippant, but in actuality, I did benefit from both critiques. I know what I have to do to improve both songs; however, do I want to even work on them anymore? Hmmmm………

The other thing I’ve been exploring (since I’m not writing songs or anything) is music licensing. You know, licensing songs for movies and TV. It’s an interesting diversion. I found a website that lets you upload your songs for consideration in movies and TV shows, but, geez, is that process boring! It takes forever to upload a song; then you have to go through this whole check-off list to describe what type of situation the song would work best in. Hey, I don’t know! How about you listen to it and tell me! I’m not holding my breath on that thing, but you know, you have to keep a bunch of irons in the fire.

In more productive news, we have a couple of new members who have joined Red River. Mike is a great drummer, and just a fun and interesting guy to be around. Dale is an old band member of Dave’s from back in the ’70’s, and he lives in Hawaii now. Ah, the internet is a great thing. We can still work together, even with those many, many miles of distance between us. We’re going to see Dale in a couple of weeks, since he and his wife will be in Iowa, and we’ll be motoring there to meet up with them.

Right now, we’re actually re-recording some of our older stuff (stuff that frankly wasn’t recorded right the first time). As you can imagine, it’s not the most interesting task. You know, once you’ve heard a song for the 1,000th time, it pretty much tests the limits of your patience to have to listen to it again.

But, some of these songs are what we consider to be our best, so this is something that we really need to do, if we want to present ourselves as professionals to music industry people. I will say that Mike has made a WORLD of difference on these songs. So, in that respect, I am delighted.

So, that’s my update from, I guess, two months ago! Am I old or what? The time just seems to FLY by!

I have to look for a good CD cover to attach to this post; something that reflects my state of mind right now. Hmmm….what to choose? 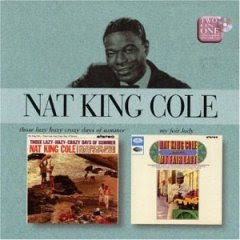