I Do Also Write Songs 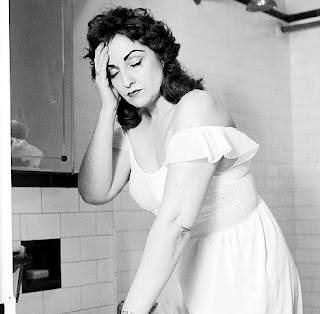 I don't only write about music, I actually participate!

Sometimes that fact gets lost amongst the blogging and ruminating about the music industry.

But the fact remains that I DO write songs. And I actually sing them; best as I can.

Pretty much, all my songs have a story behind them, and this is the story of "April Days":

I’ve had a few jobs in my life. I’ve been the lowest-level peon (cleaning motel rooms for my parents’ business) and I’ve been a manager of a 150-person department, and everything in between.

Oh, I remember back when I was just out of school. I was so excited to get my first job and to be out in the REAL WORLD.

I got a job as a clerk-typist for the State Health Department. And you actually had to take a test to even be considered for an interview!

I was eighteen and answering phones, basically.Then, as a special bonus and a nod to my superior abilities, I was asked to become part of a “special project” for the department. All the birth, death, marriage, and divorce records were going to be microfilmed. (Before that, they were just bound in big books).

What was this special perk that I was chosen for? I got to go through all the records (starting back in the 1800’s) and trace over any printing that was too faint to be read by the microfilm machine! What an honor!

So, I was holed up in this back room with one window, with one other person my age and a supervisor.

We spent our days with our pencils, tracing over letters, and alternating using the microfilm machine to film the records. It was fascinating work! I was eighteen! Who could ask for more??

The one saving grace in that dank, smoky room (yea, all three of us smoked) was the AM radio. At least we could listen to tunes as an alternative to blowing our brains out.

Gordon Lightfoot had a hit song at that time, “Sundown”.

Just to amuse myself and to break up the monotony, I would sing along with the radio whenever that song came on, in an effort to supremely annoy my co-worker friend. And it worked! She shot me some really evil looks whenever I would sing that song. Ah, good times.

We were on the 17th floor of the State Capitol building, and we had one tiny little window that we would sometimes walk over to, to see if there really was any actual life going on outside our little oxygen-starved room. You could hear birds singing! Well, sure, they were singing! They weren’t PRISONERS.

It was pretty much my worst job ever. At least when I was cleaning motel rooms in high school, I got to go out into the sunlight once in awhile.

My friend lived about a block and a half from the capitol building, so sometimes we’d walk down to her place for lunch — Spaghettios — because we were quite poor. But we did at least get to bask in the sun as we made our trek from the gates of hell down to her apartment. It was a welcome diversion, as we walked in our short dresses and platform shoes. (had to dress up for work, you know.)

I lasted there about a year. I had to either quit or commit myself to an institution for the mentally deranged. I actually went back to work for my parents (in the office this time, thank God).

It just occurred to me that I rarely left any job because I wanted to pursue a better opportunity. Usually I was just really bored or ticked off about something. I always told them, though, “It’s not you; it’s me.” But it really was them.

But anyway, that’s the TRUE story of April Days. Yes, it all happened the way I wrote it. Lo, those many years ago.

So, with that bit of background, here's "April Days":