It's A Cookie-Cutter World 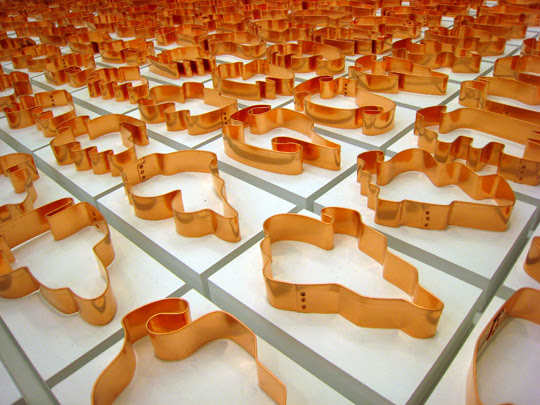 It's not just music. It's any form of entertainment. I don't watch TV dramas, because I know, fifteen minutes in, how it's going to end.

I watch very few sitcoms, because, again, the plotlines are often rehashes. Even some of the good shows. I watch reruns of Everybody Loves Raymond sometimes. Even they redid an old script from The Dick Van Dyke Show, and that was what, fifty years ago?? And least they stole from a good one. If they're not rehashes, then they're predictable.

But my main beef is with music, or more specifically, the music industry.

I don't listen to country radio, because of the boring sameness. The same arrangements, the same subject matter (girls: "I am self-empowered"; boys: "I don't how you could love someone like me, who's such a loser, but I'm glad you do"). The same voices, for the most part.

Why does everything have to be the same? And so predictable?

And then I surf over to some songwriting forums (on my lunch break, normally), and everybody wants to know the same thing: What's the formula for a hit song? Well, that's the problem ~ that there is a formula!

Stop trying to write to formula, and then maybe you'll write something good! How about writing about something you feel, and not being so worried about what rhymes with what? And how many lines need to be in the bridge? (I'm not holding myself up as a shining example of anything. I'm not. I'm speaking as a music fan.)

Postman, can you sell me
A special kind of stamp
One to send a letter from
This crazy lonely man

Guess the writers should have changed "man" to "tramp". This crazy lonely tramp. That would've been way better.

And honestly, Randy's voice doesn't sound all weak and reedy. He doesn't sound like he's singing in mono. His voice is rich and deep. And he doesn't put that little "cry break" at the end of each line. I don't know how in the world he ever had a hit song.

The other aspect of this recording that begs mentioning is that it doesn't feature a banjo. Any rube knows that in order to have a hit country song, you have to have banjo.

You know, if this recipe is what it takes to win in the "fame game", then count me out. I'm not saying I can't write to formula. I can, and I have. And those songs are really boring. They're what you write when you're stuck, and you have nothing to say.

They're like watching NCIS, when you know at 8:09 that it was the security guard who did it.

Me, I like songs with heart. I don't care if they're imperfect.

And I'm just tired of being bored.

Here's the song, written by Buddy Blackmon and VipVipperman: