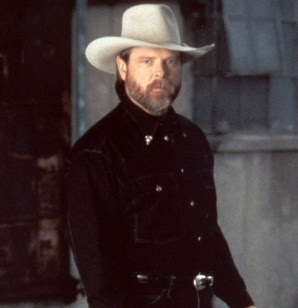 It wasn't widely reported, so I stumbled upon this information by accident today. Dan Seals died Wednesday, March 25, at the young age of 61.

I've long been a fan of Dan's music. When he first appeared on the country scene in the 1980's, I had no idea that he was the "England Dan" of England Dan and John Ford Coley. I just knew him as a country singer.

I also didn't know that his brother, Jimmy, was the "Seals" of Seals & Crofts. And I surely didn't know that Dan's cousins included Troy Seals, Brady Seals, and Johnny Duncan. Wow, that's a family musical legacy!

Dan was raised in a working-class family in Texas. His dad was a country singer, and therefore, Dan had country in his veins. He wasn't a "pop star turned country singer". And he was a family man and a man of faith.

I guess we, as humans, tend to forget easily and move on to the next big thing, but let me tell you, Dan Seals was a big thing, and I love his music. And he had a glorious voice.

So, here are some videos I was able to find (and let me just say that "Meet Me In Montana" made my short list of my top video finds of 2008).

God rest your soul, Dan Seals. Man, are we going to miss you!

I got to see him in concert at a small venue in Missouri back in the 90's. I always loved his music and was saddened by his passing.