Just To Prove My Point About Critics 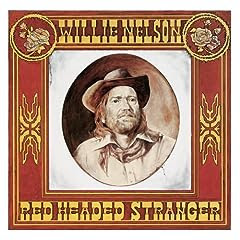 If you go back and read the two posts before this one, I listed a gaggle of what I consider to be "essential" country albums.

Well, it seems that good old EW decided to follow my lead! Hey, I love Entertainment Weekly, so I'm just happy that they decided to do a list at all.

EW is heavy on the more modern albums, but I was pleasantly surprised by some of their choices.

But remember when I wrote this?

"Essential" means different things to different people. If one is a music critic, the list will include the usual suspects ("Red Headed Stranger", "Will The Circle Be Unbroken", anything by Gram Parsons or Johnny Cash; you get my drift). 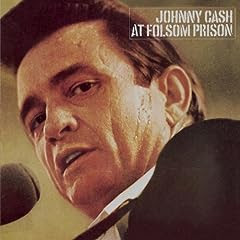 Critics love this album. But, I don't know. I guess if you were actually around in 1968, it may have long ago lost its cache.

I like Johnny Cash. But, to critics, he holds some kind of "original outlaw" status.

I'm not all that concerned with image. I just like good music.

I didn't include this on my essential albums list, and I still stand by that. I will say, however, that anyone just learning to play guitar should just sit and strum/pick along with "Folsom Prison Blues". You'll sound like a virtuoso to yourself in no time. 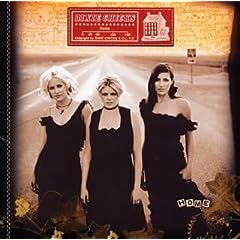 Critics like this album because this was released around the time that the DC just started becoming "political".

Unless you really feel like contributing to their "cause". Whatever that may be. 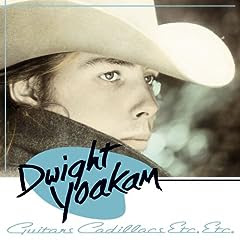 No quibbles here. This was Dwight's first album, and it's got
a couple of Dwight classics.

I, however, would recommend one of the greatest hits packages or one of a number of other superior offerings.

Pick any one of them. You can't really go wrong. 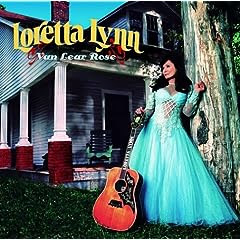 The reason critics like this one is because Jack White produced it.

I bought it. I played it one time.

The reason critics like Willie Nelson is that he plays and records with pretty much everyone in the world. I have a shoebox sitting here that Willie will be recording his next album with. Looking forward to it!

This album does have "Blue Eyes Crying In The Rain", so that's a plus. It's a stark recording. I just like a little more instrumentation on the songs I listen to. I do like Willie, though. Just kinda wish he was a little more discerning about who/what he records with. But that's Willie. 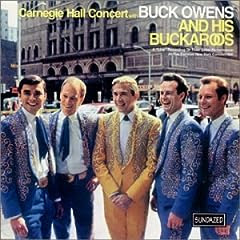 Already mentioned it. In fact, it was the first album I listed.


(EW then listed a bunch of modern-day stuff that you can or cannot buy. Whatever. It's your dollar.)

I'm not overly knowledgeable about Gram Parsons. I basically know him as Emmylou's mentor.

That said, I appreciate his love and respect for older country music.

The reason that critics flock to his music is that he died young. Much like Jim Morrison.

Guys that write EW articles aren't exactly sitting back, grooving to classic country music. But I do give them credit for trying to appear relevant! 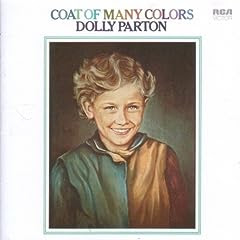 Dolly Parton - Coat of Many Colors

It's hard to explain. While I definitely appreciate her enormous talent, and while I really loved her duets with Porter, I can't actually sit and listen to a whole album of Dolly at one sitting. I guess a little Dolly goes a long way for me.

Why do critics choose one of her albums? Because she crossed over. She recorded with Kenny Rogers, with that godawful, yet catchy! Barry Gibb song, Islands In The Stream. She starred in Nine To Five. You just know the critics aren't cranking up the far superior, Tomorrow Is Forever. 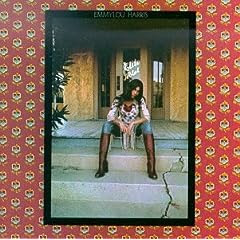 Yea, I beat 'em to it again. But compliments from me on their good taste!

I already said that this is Emmylou's finest album. If you don't own it, you really should. 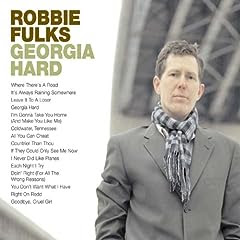 Alt Country = Country That Used To Be Country, But Is Now Too COUNTRY To Be Called Country.

Is that clear? Cuz it seems kind of nonsensical, but that's just the way it is.

I don't actually own this album, but I own a bunch of Robbie Fulks CD's. I think I might have to get this one.

Critics like Robbie Fulks because he's "alt". I like him because he likes country music. And he's unique.

Listen to Tears Only Run One Way. That sounds like country to me. Do you think maybe Rodney Crowell was influenced by Robbie? I think that's a pretty safe bet. 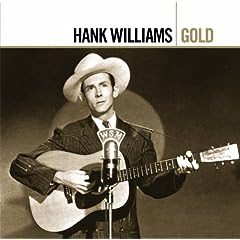 The only reason I didn't include Hank Williams on my lists is because it seems like kind of a no-brainer.

I mean, isn't it just assumed that Hank Williams would be included among the essential country albums?

Just listen to this, and it tells you all you really need to know about country music. 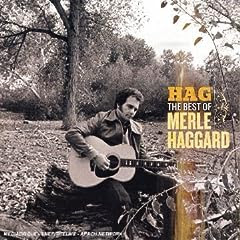 Hag: The Best of Merle Haggard

Okay, if you want to do Merle Haggard on the cheap.

I still say, buy Down Every Road. It's a tremendous bargain. Especially for the successor to Hank's throne. 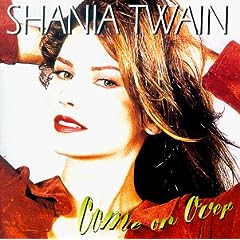 Shania Twain - Come On Over

Agreed. This is Shania's best album.

When this album was released in 1997, we music fans were supposed to feel stupid for liking it. Poppycock.

This albums stands up. I don't care if you think it's poppy schlock or really, what you think of it. It's good.

I got up, like a drunken fool, with my best friend, at another friend's wedding dance, and sang this song. I had morning-after regret, but you know, it's a really good song! Recorded with Bryan White, I think it's actually the perfect wedding song! 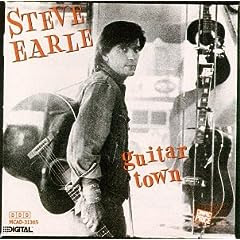 It's not that I meant to exclude this album. I just sort of forgot.

Step inside any honky tonk in the nineties, and you would hear the driving strains of Guitar Town, not to mention Hillbilly Highway. All that's missing here is Copperhead Road.

Sadly, Steve Earle pretty much had one great album. He's recorded a lot of them, but I guess one shouldn't peak too soon. It kind of makes everything else you do sound like second best.

Guitar Town has some of the most clever and catchy lines ever written in a country song. It makes songwriters strive to capture that fairy dust. Alas, it's not easy.

Okay, I'll admit it. I don't own this album. I know that's it's purported to be Vince's best, and a four-disc set, to boot.

Is this worth purchasing? Let me know.

What track should I listen to from this set, to make me want to buy it?

I'm a Vince Gill fan; don't get me wrong. I just sort of stopped listening to country a few (okay, five) years before this album was released, so I missed it.

I have no doubt, however, that it's as great as all the critics say it is.

Why do critics like it? Well, it's a rock star doing country music.

It's sort of, you know, like how the critics latched on to country music when Keith Richards recorded a country album. It's the unexpected.

Critics don't really give a hoot about country music until one of their icons tells them that country music is cool. Then they'll listen. I'm waiting for Springsteen to record his country album. Oh, and it's coming. Trust me.

I have this album. I'm not one of those Costello worshipers. But I do appreciate what he did here. And if Elvis can get folks (like critics) to listen to country, then God bless Elvis Costello. 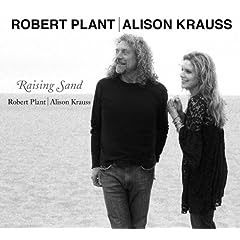 This is one of my favorite albums ever!

I didn't exclude it from my list on purpose. I just didn't know that it was a country album!

Killing The Blues is one of my favorite songs from this LP (LP - how much does that date me?)

And, of course, Gone Gone Gone.

Why do critics like this? Well, a critic would have to be a real dunce not to like Alison Krauss. But aside from that, well, it's Robert Plant, after all. Led Zeppelin?

T Bone really deserves the credit here. Sure, if you, as a producer, have two stellar voices to work with, it might seem easy. But it's the production that really cinches the deal.

After all, before he even imagined pairing Alison and Plant, he hooked us with this song, ably lip-synched by George Clooney in the Coen (Minnesota!) Brothers movie, O Brother, Where Art Thou?

So, yes, I skipped a bunch of EW's recommendations. I really had no comments to make on some of them, since I couldn't really tell you if they're good, not so good, terrible, or pathetic. (I will say, for the record, however, that I do consider Big & Rich to fall into the "pathetic" column.)

My EW grade? Cuz, you know, if you read Entertainment Weekly, the critics love to give a grade to everything they review.

Nice effort, for someone who is (I assume) playing catch up with country music. Whoever you are, writer, you've done an admirable job.

Those remedial courses are working out nicely!

quote: "I like Johnny Cash. But, to critics, he holds some kind of "original outlaw" status.

A lot of it has to do with the image. It's been said that image is a good 50% of a country singer's success. You see it all the time...if a country singer drifts off this way or that way and goes against the 'image' it's almost like career suicide.

Some feel that's unfair to an artist for fans to try and paint their favorite's into a box and other country fans feel that if you're a country artist and you record certain kinds of songs then you should just stay doing that. I'm not a die-hard fan of Johnny Cash but I do know that his image is nearly half of why he was so successful...everyone, well just about everyone, knew he was the Man in Black, for example...even if someone never owned a Johnny Cash album in their life, it was something you just knew. I have a few of the Cash retrospective CD's...the ones called "16 Biggest Hits"...that's all any casual fan of Cash's really needs if they want a good over-view of his big hits.

But I will say that Cash's image cast him in that Outlaw mold...it wasn't until Waylon came along that critics created the "outlaw" name. Prior to that I think critics referred to those kinds of singer's as troublemakers because they didn't play by the rules. Johnny played by the rules...but he spoke up about a lot of things that he felt were important enough to make a stance for or against...so he fit right in with the Outlaw group.

Very astute, AC. It seems that our opinions mesh.