Work With What You've Got 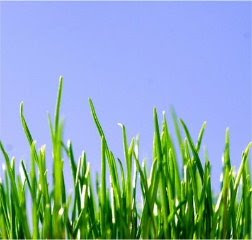 My recent computer meltdown has taught me a valuable lesson. I spent the latter half of last weekend with a legal pad and a hand-held tape recorder, and I enjoyed songwriting for the first time in ages.

I didn't need MS Word to spew forth lyrics for me, and I didn't need recording software to capture the essence of the song. In fact, I felt freer in my writing, and more creative, than I had in about 5 years.

Technology doesn't make creativity blossom. In fact, it often just gives us an excuse to waste time. And, for me, it fosters self-doubt. I record a song; I play it back. I'm frustrated that it's not good enough. I re-record it. It's the same song, but I somehow think that a better recording will magically make it better.

I type lines on a blank document. I notice that the first and third lines aren't matching up, lengthwise, so I throw in a few extraneous words, so that everything lines up nice and neat.

In other words, I'm constraining myself, and losing all the joy.

Last night, I managed to hook up my old computer. Now I remember why I ditched it in the first place. It kicks me offline arbitrarily. Somehow, the font size is HUGE, so I'm endlessly scrolling up and down, left and right, to read a simple news story. It doesn't have Flash, so I can't view any videos. Yes, I could install it, but this is a stop-gap measure anyway, so the ambition to upgrade and update really isn't there.

Almost all of my music is gone, and what's left (on this computer) is a strange mish-mash of mp3's, that leave me scratching my head as to why I loaded them onto my computer in the first place. But you know, I played some of them last night, and I had a good time!

And this computer actually remembers all my logons for me! My "regular" computer doesn't save any of that information. Don't ask me why.

So, I take the bad with the good, but I now realize that there's also good with the bad.I've also been struggling with a life decision this week. I haven't formulated it all in my mind yet, but I think I pretty much know which way I will go. I had a chance to change things drastically, and I was dissatisfied and the grass was a much prettier green on the other side of the fence. But as I took a few steps onto the new grass, I found that it was kind of hard and crunchy, and it hurt my feet. My old grass may be old, but I've managed to break it in pretty well. I'm comfortable walking on it. Work with what you've got.My main obstacle in songwriting, and in life in general, is self-doubt. I'm a mediocre songwriter at best, with occasional bursts of originality. I've spent far too much time focusing on the mediocrity, and far less time catching the original bursts. I write something, and I nitpick it to death. They won't like it. They'll say it's dumb. They won't like the melody. They won't understand it. They will humor me, and shake their heads and laugh behind my back.When I first began writing, I would sit in the sun with a notebook and pen, and be happy. The ideas were coming faster than I could capture them on paper.

Now, I'm too focused on trying to write something that will be commercial, and I lost site of the joy of writing.

Someone (and I don't know who) once wrote this about songwriting:

"Don't EVER not write a song just because you think it's not a hit. It is a privilege to be able to write and express EVERY emotion in song. So WRITE them. And then write another one....."