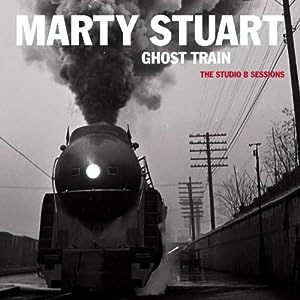 Marty Stuart is best when left to his own devices. Since the "no hat" days of the early nineties, Marty has taken control of his records, subsequently producing the masterpiece, "The Pilgrim", as well as classics, including "Country Music" and "Badlands".

I suspect even those who aren't fans of true (or traditional) country music can still appreciate that Marty is the "curator" of the legacy.

This album is no exception.

From the opening track, "Branded", with its sly homage to Merle Haggard, including Roy Nichols-like guitar licks, to a remake of the 1965 Warner Mack hit, "The Bridge Washed Out", to a lovely duet with wife (and legend) Connie Smith, "I Run To You", the 1960's country music sound is alive and well, just a bit more bright and shiny.

Standout tracks on this album, in addition to the aforementioned, include, "A World Without You" (my favorite). This track, folks, cannot be mistaken for anything BUT country music in its truest form. Also here is an instrumental version of Ralph Mooney's "Crazy Arms", featuring Ralph himself on steel. "Hummingbyrd", too, is a nice, ringing instrumental. Marty and Ralph collaborated on "Little Heartbreaker", a bouncy ditty that features some Wynn Stewart-like steel guitar licks.

Not everything works, but the minor nits I have with this CD do nothing to detract from this superior effort by Marty.

Be forewarned: If your idea of country music is dirty dishwater that's lost most of its foam, you probably won't like Ghost Train (The Studio B Sessions)