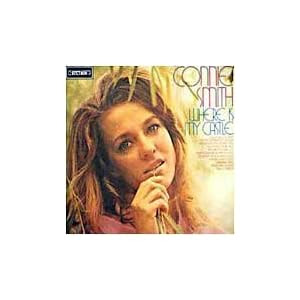 So, I got a couple of nice Christmas gifts this year. One was a Kindle ~ I've wanted one for awhile.

The other is a little unit called the ION iPTUSB Portable Turntable.

This is just the coolest thing ever.

A few months ago, my son dropped off a few boxes of my old albums and singles that he'd been storing for me. I had no turntable, so I dutifully stuffed them onto a book shelf, and that was that. But boy, just looking at the album covers, I hungered to listen to some of them again.

Country music fans of a certain generation will know that a lot of the really fine albums of yore are now out of print. You just can't find them ~ I know; I've tried.

Maybe they're by obscure artists who had one really good album and then disappeared. Maybe they're albums that don't make the artist's catalog of greatest hits. Maybe they're instrumental albums, such as "Instrumental Sounds of Merle Haggard's Strangers". Try finding THAT on Amazon dot com.

Maybe they're albums that have, handwritten in ink, "Shelly Bushee ~ December 25, 1972" on the back. Albums that were given to me as Christmas gifts by my best friend, Alice, who had the audacity to pass away about 10 years ago.

Maybe they're albums called "Rocky Top", featuring the vocals of the aforementioned Alice, who was a classy, classic country singer. And a singer of whom I remain in awe.

I'm now converting all those albums to mp3's, so I can play them and relive the days.

It gives me shivers just hearing them, and thinking about the "more" to come. If I could stay up all night converting these, I would be thrilled to do it.

P.S. Try finding Connie Smith's "Where Is My Castle". Good luck. But I'll tell you, you're missing out on a chillingly masterful performance. Wow. I just heard it for the first time since it was released in the early seventies.

Nothing much makes me catch my breath anymore, unfortunately. Listening to those old albums has done that.

Hours of really, really cool memories ~ for $95.89. From Amazon.com 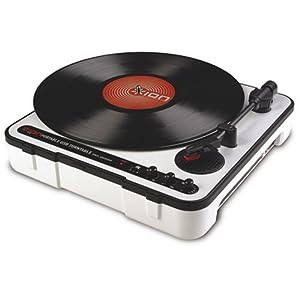 Plug in the power cord; attach the USB cable to your computer....voila!