Music Should Be Free 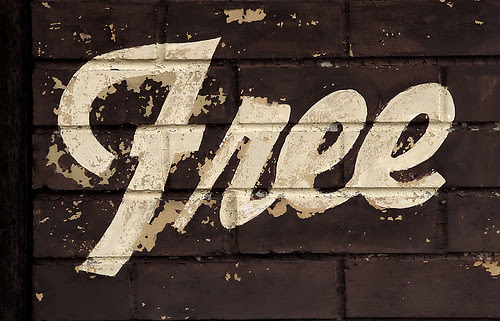 Yes, and so should gasoline, in my opinion. The trouble with gasoline is, unfortunately, it's not downloadable.

Ask any music "fan", and they would agree that music should be free. And by "fan", I mean "consumer". Because no one is really a fan of music anymore. Everybody is just a consumer of music. It's like collecting baseball cards. You collect cards; I collect music. I want to see how much I can acquire.

This practice only became prevalent in the computer age. Face it, have you ever looked for software to perform a specific task? Have you searched the paid options; then surfed over to cnet to see what's available for free? I have. Who wants to shell out money for something, when you can get it free of charge?

The difference between the two is, cnet is offering free downloadable software with the permission of the developer. "Free" music is found on those nefarious file-sharing websites, the ones that will make your computer explode, and sic the FBI on you, if you visit them. But apparently, a whole lot of people are willing to take that risk.

Oh sure, some artists will dangle a free music track in front of you. It's called a loss leader in the sales biz (I guess). They're hoping you like the free one enough to dust off that credit card and buy a bunch more.

Amazon offers free music every week. I get the email, and frankly, there's rarely anything I want....yes, even for free.

Music consumers are jaded. And, yes, count me among their ranks. I can't remember the last time I heard a song that I fell in love with. I've heard a couple that I thought, "that's not too bad", and I've purchased them. I'm not about to steal from the artist, and more importantly, from the songwriter. Songwriters don't make very much money, you know. How much have I made from my music? $0.00.

The argument has been made, ad nauseum, that a songwriter or an artist works just as hard as anybody in any other line of work. But the fact is, songwriting is not valued. Nobody says, hey, I could be a brain surgeon! But a lot of people say, hey, I could write a song! How hard could it be? (I'm not equating songwriting with brain surgery, by the by).

The creative arts are strange and inexplicable. Nobody goes into a museum and steals a painting off the wall. But that's a creative work, just like a song.

I guess if the market was glutted with paintings, they'd be held in as low esteem as songs are. Maybe that's the problem ~ too much product.

But I think the problem is, too much bad product. If art houses were trying to sell a bunch of finger-painted works, nobody would want those, either.

I don't know for a fact who the most downloaded artists are on iTunes, but I can guess: Lady Gaga and Taylor Swift. That's it. Everybody else, pack up and go home. People are willing to pay for Lady and Taylor. The rest, well, if they can get them for free, okay. If not, no big deal.

Songs are like feathers in the wind. If you catch one, fine. If you don't, well, it's just a feather, after all. What the heck would you do with it, if you caught one anyway?

There is no answer to the whole dilemma of free versus non-free. All I know is, I'm not giving my songs away. Call me stubborn. A song costs as much (or less) than a cup of coffee. If one values their cup of coffee more than a song, more power to you. I love coffee, too. I'm not making a value judgment. And if you want to steal any of my songs, sorry. Nobody likes them enough to file-share them. But if you really like one of my songs, I'll give it to you. Just you.