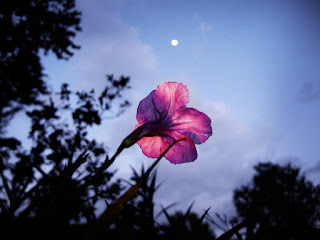 I never knew quite what to make of her. For some reason, I kept thinking of Dusty Springfield. Or those Bacharach/David songs. It (she) seemed out of place in the 2000's.

A lot of things will be written, and a lot of magazines will sell a lot of copies. They most likely already had the obituary written anyway.

After all, it wasn't a shock. But it really sort of was. Someone who's 27 years old has lots of years to pull it together, even if life is a mess right now.

It's not right. It's not how it's supposed to be.

A talent, a burning light ~ it should all work out, shouldn't it? Shouldn't the talent be enough to pull one out of the despair?

But if you watch this video; this live performance, she wasn't really there, was she? Just watch. She was going through the motions. She knew exactly what she needed to do, but there was no fire. The light was already gone.

I wonder what Adele would say. I listened to some of Adele tonight, and honestly, she, as talented as she is, is really just picking up the mantle from Amy. Eerie, really. At least tonight.

Maybe the 27 Club has its purpose. Maybe Jim and Jimi and Janis had done all they could do, and the rest would have been a letdown. A denouement. Maybe Amy had done all that she could.

I doubt it, though. I don't think it works that way.

I don't know how it works. But it's sad.