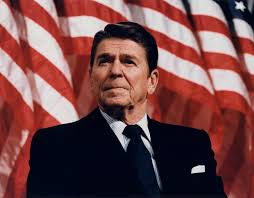 Just for fun, and because I have nothing profound to ruminate on tonight, I thought we'd travel back to the year 1988 in music. Why 1988? Beats me. I just picked a year from the '80's, and decided to look up the top hits of that year.

Remember Richard Marx? He's still around, you know. At least, that's what I hear. I guess he has a co-write on a Keith Urban song. Not that I would know the song, because (as you know) I don't listen to the radio. I wonder what he looks like now. Does he still have a mullet? Probably not. I should Google him. Anyway, some people liked to make fun of this song, but I always (secretly) liked it. I remember some DJ saying that he thought Richard was singing, "hold onto the mammaries". That disc jockey wasn't as funny as he thought he was.

You know that clean-cut redheaded kid from the '80's? No, not Ralph Malph. I mean, of course, Rick Astley. Again, a song that was the subject of numerous put-downs, but I think it's great. So sue me.

Switching music styles completely, Steve Winwood showed those kids a thing or two. He wasn't just Spencer Davis Group. Oh no. He still had it, as evidenced by this:

One cannot hear this song without being swept back in time to the movie, Dirty Dancing (okay, females can't, anyway). But Eric Carmen had it first, and here it is:

Robert Palmer had such success with his music video for Addicted To Love that he decided, why not? Let's do it again!

Lest we forget the biggest artist of the '80's, here he is:

Remember UB40? Nobody does. But they had a top hit with this Bob Marley song:

Okay, how about Escape Club? No, we don't remember them, either. But we remember this song:

Remember David Coverdale's hair? I do! Finally! Something I remember! Oh, and he had a song, too:

Not to shortchange the women! By no means! Whitney didn't really have any good songs in 1988, so I'm going with Belinda Carlisle instead:

Apparently, this was the top song of 1988. George Michael, what the heck? Now you only make the news when you get arrested. Well, time marches on, I guess.

Just so you didn't forget the Beatles, who broke up nineteen years prior, along came George Harrison with this:

I apologize if I neglected to include your favorite song from that moment in time. All I can say is, don't worry...