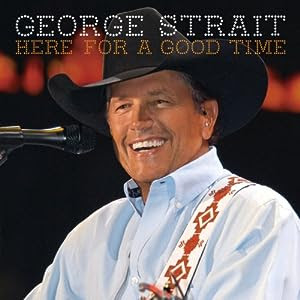 I thought I would do something a bit different tonight. That is, review an album while listening to it for the first time.

I imagine this is what "real" music reviewers do ~ write their review while listening for the first time. Because, face it, it's the first and ONLY time they will listen, since they've got a lot of irons in the fire, and they have to MOVE ON!

Music reviewing must be a really tedious job. Oh sure, we all listen to music, and we think, it would be so COOL to review albums for a living. It wouldn't be! We're only thinking about the GOOD albums, and how many of those are there, really?

No, they have to slog through a pile of smoldering garbage every day, and write something coherent. And that's just the COUNTRY albums! Can you imagine having to listen to that POP stuff? At least country songs have a story one can comment on, when all else fails. The pop songs simply repeat the same line over and over and over. No wonder all the reviewers are half-insane, and are thus, Democrats.

So, here I am; Friday night. I bought Here For a Good Time a week ago, and have just now clawed off the cellophane wrapper.

As you know, I do not listen to country radio, and therefore, I didn't even know what the lead-off single was, until I looked it up. Pathetic? Maybe? (I mean me; not the single.) But it gives me that innocent perspective, so I have no hidden agenda, other than the fact that I have been a rabid fan of George Strait since sometime back in the dark ages.

One would think that this fact would make me LOVE every little thing that George does. Au contraire. It, in fact, makes me even TOUGHER on George, since I expect a damn lot out of him. And to be frank, George has been letting me down for a few years now.

But let's see, shall we? I'm keeping my fingers crossed!

Aside from the misspelling of "all right", this song seems tired. Even though he's taking his gal out dancing, and even though he tells her she can throw her cares on the floor, poor George seems bored with this track. And no wonder. The writing is uninspired; a few well-worn themes tossed together to create a salad of lethargy. Probably not the best choice of tracks to start the album, if one is looking for a bit of peppy excitement, but then again, George hasn't been peppy for awhile now. C-

The song was co-written by Bubba Strait and go-to guy Dean Dillon. The story flows nicely; it's a stream of thought narrative about the life and hard times of a man lost to alcohol, but the song would have benefited from more melodic variation. However, it accomplishes its goal of setting a melancholy mood. (Side note: the singer doesn't remember when or where he met his one true love. Really? Most people do. Maybe the booze killed off some brain cells.) B-

The shortest track on the album is also one of the best. It's a two-step shuffle; nothing profound, but it clearly is the style in which George is most comfortable, and that is evident in his performance. Perhaps that is also because George co-wrote the song with good ole Bubba again. At least Bubba got George to start writing. And perhaps George should begin to depend upon himself more when choosing songs for his albums. Or at least be a bit more picky. B+

George seems to be on a drinking kick (sonically) on this album. "Poison" is actually a bit better than track #2. Melodically, it outshines the afore-mentioned track; and it's more philosophical than self-pitying. One has to admire the craft in the lines: "You can learn to love anything; even a bird in a cage will sing...a song". But maybe that's just the writer in me.... B

I could probably do without the Casio keyboard that opens this song; nevertheless, THIS should have been the opening track on the album. "I'm not here for a long time; I'm here for a good time". THAT would set the tone. Another song written by the Strait boys, with Dean Dillon. It's apparent why this song was chosen to be the first single. It fits the George Strait groove; you know that one; the one we've known since nineteen eighty-mumble-something. I've told George for YEARS ~ skip the ballads; stick with the up-tempo numbers. But does George listen to me? No! A-

6. House Across the Bay

What is this? And does Dean Dillon just hang out with George and Bubba every day? Does he live next door? I guess this is about some lady that George lost (fictionally). But why is he not living in the house across the bay? Did he rent it out? I suppose, in this economy, it's difficult to unload real estate. This song confuses me. And for that, along with the fact, that it's sort of like one of those songs I write and crumple up and toss in the garbage, I give it a..... D+

Delbert McClinton is a good writer, so I'm thinking this is one he had in one of those pocket portfolios, and when he heard that George Strait was recording a new album, he thought, hey, this one is about Texas! And you know how egotistical those Texas people are! Maybe I can unload this one on George! And, sure enough, he did! I got bored listening to all the verses of this song. Who can't write a song like this? I've got a Texas song, too, and it's actually a bit more clever than this one. If only I lived next door to George. C-

The showman's life is a hard life. And all that money just creates even more misery. HINT: Don't sing about how hard your life is, when you are set for life. Most people aren't. They won't show you any sympathy. Even with minor chords. Kudos on the harmonies by Faith Hill, though. She needs the work, so thanks for helping to alleviate the unemployment problem. C-

9. Three Nails and a Cross

Dean Dillon stopped by for coffee one day, and said, "Hey! How about this? Wanna try to come up with something to fit this title?" Sure, said Bubba and George. "We're up for basically anything!" Thus, this song was borned. Maybe if you live in Florida, and go fishing a lot, this song will resonate with you. If you DON'T live in Florida, then I say, hey, how about "Walleye Blues"? That would make a hell of a lot more sense to me than this. And I still wouldn't really care for it. And don't try that organ stuff. Just leave that to Dwight. At least he incorporates the organ sound into some really GOOD songs. D

"It all started back in 1981." It did, didn't it? George, this isn't your swan song, is it? We all get older, and things change. But we have to keep trying to stay interested. The worst thing is to give in and give up. And, George, if there are still things that you want to say and do, is this really how you want to leave things? Of course not. C-

Well, it was really a slog to listen to this whole CD and write about it. I don't think I would try this exercise again.

I haven't averaged it out, but I'm guessing it would come out to be about a C. And, you know, I won't ever listen to this CD again. Just like the last one, which was called.......something that I can't remember.

I've bought every one of George's CD's. Every one. And I didn't want to break the chain, so I bought this one, too. But, to be frank, the last CD's of George's that I actually enjoyed were Pure Country and especially, Easy Come, Easy Go. Buy those.

George was apparently too tired to create a music video for his latest release, so I guess, watch the pretty picture, and enjoy "Here For a Good Time":