The World Did Not Stop Turning 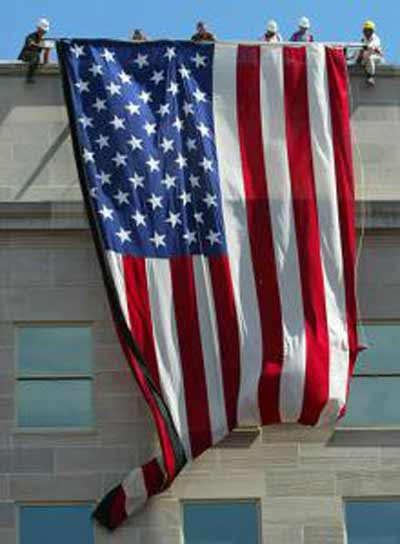 It never really does, does it?

If I was asked what my most powerful memory of September 11, 2001 is, I would say, it's not a memory. It's that the world changed, while I was just living in it.

I was born long after Pearl Harbor, December 7, 1941. My parents knew it, though.

I was in the third grade when President Kennedy was assassinated. They used to always ask, where were you when the President was killed? They don't really ask that anymore. Maybe it's because most of the population wasn't even alive back then, so the question would be moot. They'd probably look at you quizzically and ask, "President Kennedy? Was he the one after Lincoln?" (They don't quite teach US history as comprehensively as they used to).

But maybe it's because something much more horrific has overtaken that moment.

You see, when President Kennedy was shot, everybody was horrified, but they didn't think, my life is in danger! I could be next! That would be silly. He was the President; we were just "people".

On September 11, 2001, our blase attitude toward random violence was shattered. "Oh yea, those things happen overseas. Too bad for them, I guess", were things we couldn't utter anymore.

Tom Burnett was just trying to get home to his family. It was an average day; an average business trip.

The traders at Cantor Fitzgerald were just trying to get through their eight hours. Another long slog; just like every one of us endures every day.

Average, everyday stuff. We're preoccupied; thinking about what we have to do when our shift is over; looking forward to spending a few hours with our families. Writing out a shopping list. Sharing a laugh with our co-workers.

Then, in an instant; less than an instant, really, everything changes.

No, the world didn't stop turning that day. It would have been better if it had.

I think about the people who found themselves in unspeakable circumstances. Tom Burnett and his fellow passengers knew that they were going to die. Yet, they fought it to the end. We, as humans, have to do something. We're not going to sit and cry and accept that this is our fate. This thing, that was thrust upon us, as if we didn't have any say in the matter.

Those firemen knew; yes, they knew, that they were trudging up the stairs to face an inevitable conclusion. Yet, they still did it. They were going to fight this thing until the end.

The thing about September 11, 2001 is, we are stronger than you (al qaeda) can even comprehend. We don't go down without a fight.

And the world did not stop turning.

Maybe they speak to us now in a way that they never did before that day. I don't know, but here are some of the top songs of the year 2001. You can make your own judgment. Or you can just relive the year in song. Whatever you choose.

(I apologize for the ads attached to some of these videos, but I have no control over that. I wish I did.)

And let's talk about country. We're more straight-forward in the country world. You don't have to wonder what the song means. It means what it means.

I find that these songs are very fitting:


Thanks, Alan. Somebody had to say it:

When you get the choice to sit it out or dance, I hope you dance.

Cuz the world never does stop turning.
at September 09, 2011