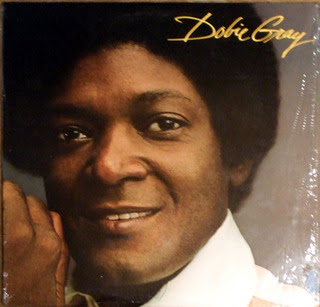 1973 was our senior year of high school, Alice's and mine. Ahhhh. What could be better?

Getting that hint of freedom at last. We'd drive around in Alice's car; I think it might have been a Chrysler or something. I never knew much about cars. I do remember, however, that it was sort of an ugly shade of brown, but it got us around! Dragging Main was the thing to do in our town. Pretty much the ONLY thing to do.

I had already picked up my nasty smoking habit, because I apparently thought it was cool. IT IS NOT COOL. Good luck trying to kill that demon after years of abusing one's body. But I don't want this post to be a downer....

However, Alice tolerated the constant smoking and the ashtray filled with cigarette butts. I think she must have been a saint.

So, we'd drive up and down main, and up and down again. And again. We'd meet up with people we knew, and people we didn't know. That's just what everybody did. We'd pull into the Big Boy parking lot; maybe buy a pizza burger, flying style. Sit in the lot for awhile; see who might be around.

We were both country music geeks. And I do mean geeks, because country music was something one did NOT admit to liking, as a teenager.

However, on those Friday nights, we'd tune the AM radio to the rock station.

There was a lot of good music in 1973. Wonder whatever happened to good music.

The songs I remember best are The Joker by the Steve Miller Band, Stuck In The Middle With You (Stealer's Wheel), but mostly this song:

Man, we'd roll those windows down and sing it at the top of our lungs. (Alice was a real singer; I was a singer wannabe).

And we'd get to that chorus at the end and clap along.

"Gimme the beat, boys, and free my soul. I wanna get lost in your rock and roll, and drift away...."

I can't hear that song today without being whisked back to those days of 1973.

It's kind of a bummer when those things that meant so much are just gone. And it's just you left with your memories, and nobody to share them with.

And now Dobie Gray is gone, too.

Dobie had a few hits during his career, and he was a songwriter, too.

But this one, this song; well, if you have one song like this; one that can make a young girl, or two young girls, I guess, happy, peaceful, and serene, then I would say you made one hell of a mark.

Rest in peace, Dobie Gray. I think I'll queue that song up tonight and pretend that I'm eighteen again.
at December 10, 2011