The Pop Culture Trends of 2011 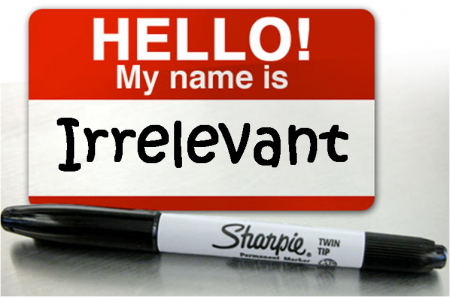 I'm not qualified to comment on very many subjects (although that's never stopped me before!) However, I do know a thing or two about pop culture, as an observer more than a participant, sadly (or not).

THE ASHES OF COUNTRY MUSIC HAVE FINALLY SCATTERED TO THE WINDS

Now, this may have occurred before 2011, and most likely did, but I am now ready to pronounce country music dead and buried (or scattered, as the case may be).

It's no loss for me, because I stopped listening to it a long, long time ago, as it became apparent that the steels and the fiddles were being ritually cast off, one by one, and all that was left was a....banjo? Why in the world did the "country" tween stars choose a banjo? Whatever. It's all fake anyway.

Merle Haggard is now "Americana". As is Dwight Yoakam. It's okay with me. I don't care what they call 'em, as long as I can still buy their records.

I'm not gonna fight it anymore. Y'all enjoy your so-called music. Who am I to steal your Southern-fried-chicken-tires-on-a-gravel-road-Ol'-Hank-I'm-from-the-country-and-I'm-a-proud-redneck-insert-cliche-here joy?

THE ONLY SAFE GROUPS TO RIDICULE ARE CONSERVATIVES AND CHRISTIANS

It's not only funny to denigrate these groups, it's COOL. Just ask the writers and editors of any of your favorite magazines and newspapers.

If you want to be part of the "in" crowd, sharpen those nails, folks! Post your best, most poisonous comments on the websites of the afore-mentioned publications, and dudes like Ken Tucker from Entertainment Weekly will personally show up at your door and give you a BIG KISS! Not to single him out. There are tons....and tons.

Just the mere mention of someone like Tim Tebow or any of the Republican presidential candidates will throw 80% of the population into an absolute tizzy of vile hatred. And kudos to them!...say most of the journalistic powers-that-be! You go, girls and...um....boys. Show them YOU'RE the bully in this group, and don't they dare forget it!

FACEBOOK IS TEETERING ON THE EDGE OF THE CLIFF 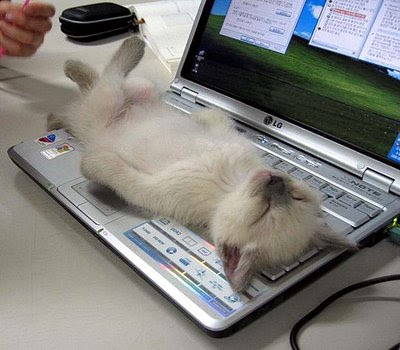 Excuse me if you are a heavy utilizer of Facebook. I certainly mean no disrespect. But strictly as an observer, I have noticed the interest begin to wane. People post much less often, and those few who are constantly posting are just attention whores (Oh, my God, did I say that? I probably could have come up with a more acceptable term). The best are those who like to post the scores of their various games, like Crazy Farm, or whatever the heck it's called. Who cares?? To me, that's just nutty, and I'm trying hard not to be as judgmental as those people I mentioned in my last category. But seriously. Do you think anyone cares?? I play FB games, too. That's really all I use it for, frankly, other than to scan to see if anything interesting has been posted (it hasn't). But I wouldn't post my game scores!

Anyway, I wandered off into a tangent again. My point is, Facebook is on the down-turn. I don't care what those TV news hosts, who try to look "hip", are saying. I can see it. People are already hungering for the next big thing. And the next big thing will last about five years, too, if fortune shines upon it.

NOBODY PAYS ATTENTION TO TWITTER EXCEPT FOR ENTERTAINMENT WRITERS AND "JOURNALISTS"

Again, I'm on Twitter, too. Why? I don't know! Somebody said you should promote yourself (music-wise, I mean, not promote myself) on Twitter.

Why? It's wholly unworkable. First of all, and this, I admit, was a rookie mistake. I reciprocated to every "follow" email I received, and thus, I don't know how many people I follow, but too damn many! This makes the Twitter presentation just a jumble of unintelligible junk, which is mostly just posts of links to other pages (just like I do), and I don't have the time or patience to click on every link somebody deems worthy to share.

And that whole "@" thing. Okay, somebody is responding to something that "somebody" said, and I don't know what it was or who it was, and therefore, it's utter nonsense to me. But fun for those involved, I imagine!

Also, I don't like Ashton Kutcher enough to read what he has to say. It's not so much that I don't like Ashton Kutcher. It's just that he never even enters my consciousness. I, unlike I guess, 93% of the population, do NOT worship celebrities. There. I've said it. Kill me now. In fact, I have mostly disdain for the large majority of them, because they act like idiots, and their "writings" tend to prove that.

(Ha ~ I believe I will link this post on Twitter ~ just because I love nothing more than contradicting myself. And I haven't "contributed" in awhile. Gotta keep those irons in the fire! If somebody actually reads it, I'll give them a free download of whatever the heck they might want. I hope that doesn't discourage people! Give me a shout, people, if you actually read this. You can have your pick from the extensive Red River catalog.) 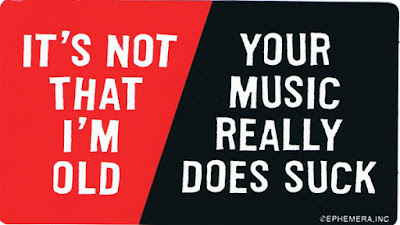 Nobody will admit that they don't like hip-hop, because that will just make them an outcast in popular society. Sign me up as an outcast!

I'm not even going to argue that it's not music. Everybody knows it isn't. Spoken word is spoken word. So, the beat is infectious, I guess. Maybe that's what it is. But the lyrics (or "poems")? Mind-numbing. And yes, I have heard and/or read that Kanye West is a "genius". My sole experience with Kanye West is seeing him rudely interrupt someone who was accepting a televised award, so don't give me that "genius" stuff. Egotist, sure.

87% OF TELEVISION IS CHEAPLY-MADE, BRAIN-CELL KILLING REALITY TV, AND THE OTHER 13% IS COMMERCIALS

I will not watch reality TV. It is contrived, lowest common denominator anesthesia, for people who are really just too lazy to push the "up" or "down" button on their remote control.

And we bemoan the fact that Johnny or Jenny can't read or pass a simple mathematics exam. Maybe their brains have been rendered useless by absorbing an overdose of reality TV...not to mention modeling their lives after all the dumb-ass people who become famous by "starring" on these shows.

Modern Family is a jewel. A rare gem. Watch it. This show has real writers and real actors! I know that's unbelievable, but true!

What the heck ever happened to writers? Are they all out on the camp-out with the 99%'ers now, because TV isn't hiring? I feel bad for writers; at least for the good ones. And, consequently, bad for us.

NO ONE CAN EVER AGAIN SAY, "DARN! I MISSED IT!", THANKS TO YOUTUBE

From the latest crazy happening in the world, to the Presidential debates, to a live performance by an obscure 60's rock group, to cute animal videos; it's all there. Or it will be. Just give it a minute.

We can skip the boring awards shows, and just watch the parts we want to see. We can learn how to carve a turkey (yes, I watched). We can even watch that Geico commercial with the little piggy (that's right; not ALL commercials suck).

YouTube is THE portal to the online world. Well, really, to the world. NOT Facebook. YouTube will be around forever. I just hope they don't decide to start charging for it (yes, I know they are offering TV subscriptions, but I can frankly watch what I want for free on Hulu).

PEOPLE LIKE TO READ AGAIN. OR IS THAT JUST ME?

Thanks in large part to Amazon, and thanks also to our local libraries, reading books is more affordable than ever. And thanks to my Kindle that I got for Christmas in 2010, I can take advantage of both free books from my library (although limited in selection) and relatively inexpensive books from Amazon itself, and I no longer have that pesky problem of a tower of hard-cover books ominously cornering me into the one remaining air-filled space of my little home.

It isn't just that, of course. There's nothing like a popular series to get people interested in reading again. My husband is currently reading The Girl With The Dragon Tattoo, and he hasn't read a book all the way through in ages. (Don't get me wrong. It's not that he has ADHD or anything; well, maybe a touch. It's just that he's really picky.)

And, not to belabor the point, but television is so boring, can you blame someone for choosing to read instead? And reading is SO much better for us. Contrary to recent pop culture beliefs, being an idiot isn't actually cool. Oh sure, maybe it's cool to other idiots, but are you really all that interested in impressing them? A dangling piece of string would impress them.

A large majority of the population is applauded for being intolerant. And for being morons. A once-revered genre of music has died ~ committed suicide, actually, after listening to a Taylor Swift song one too many times. Facebook puts people to sleep. Twitter is popular only in some people's imaginations. If there is one good program on television, we should rejoice. And there is. One.

But people like to read. And we can get our fill of the day's events, be they large or tiny, from YouTube.

I choose to look at the glass as 1/8 full. But that's just today, of course.

And just to prove that I'm not a fossil, I actually know who the two people in this video are.

I saw Inception. And I used to watch "3rd Rock From the Sun".

And I understand this gal has a good new sitcom on Fox (is it?) I haven't watched it, but I'm kind of a creature of habit. It takes me awhile to latch onto to new things.

So, here are Zooey Deschanel and Joseph Gordon-Levitt.

Happy New Year (and this is cool, because it's an old song, and they aren't doing it ironically. Nice change of pace. Thank you.)