Well, that's rather a misnomer, isn't it? Life is never simple.

I am of a mind, though, that life would be simpler without so much "stuff" to clutter it up.

I'm not certain, but the evidence tells me that, when I was in my twenties, I pretty much saved everything. That was brought home to me recently when my oldest son delivered about six or seven boxes of junk, once belonging to me, that he had been storing in his garage. Yes, junk.

I've been on a remodeling kick of late, so in conjunction with that, I needed to go through those boxes, to see if per chance there might be something I'd actually want.

Well, here's what was in those boxes of "treasures". About 50 picture frames of various sizes (I've always been a sucker for picture frames; don't ask me why); some random photos of people I couldn't pick out of a lineup if my life depended on it; a copy of Life Magazine, "The Year In Pictures, 1986"; three sizes of embroidery hoops, along with a couple packages of unfinished cross-stitch projects; a few of those cheesy CD's ~ you know, "The Best Of...", which were actually re-recordings of songs that you really loved in their original form, but you don't so much love the re-doing of them, twenty years after the fact. A copy of National Geographic from March, 1987; the cover story titled, "North Dakota ~ Tough Times on the Prairie". Guess we can't say that now, can we??

A microphone that I think was part of my reel-to-reel tape recorder, which I haven't a clue where that is, but I would kind of like to have that. A super-8 movie camera and projector. That's cool and all, but what I am really searching for are the actual super-8 films that I shot of my kids when they were little. A movie projector without movies is sort of worthless. I will find those movies; I think they're in the back of our closet somewhere. I'll be transferring those to DVD, just as soon as I can pinpoint their location; I'm thinking in two to three years, at the most.

An instamatic camera inside its very own faux-leather carrying case with the initials CJL pasted on the back of it. AND with a film still inside it! I'm giving that back to my son, and I hope he gets the film developed. That sort of mystery is just the kind of thing that I find ultimately cool.

Some sleeves of baseball cards, all from the Minnesota Twins, circa 1987 (their championship year). I'm sincerely hoping that these belong to my son, because I don't remember being dorky enough to collect baseball cards back then, even though I was sort of a Twins fanatic in those years.

Record albums. A whole lot of record albums. I thought my son had given me all of them awhile back. Apparently not.

No, I had to save up my pennies to buy an album, and I was only making seventy-five cents an hour, so you do the math.

So, I pretty much wore out those albums. I'd study the covers. In fact, I drew facsimiles of some of them (I was into drawing back then; a hobby I abandoned shortly thereafter).

So, those albums, when I saw them again, brought back a ton of memories for me. They took me back to that room, that component stereo system that I saved and saved to buy. The fact that I couldn't really sing along with the songs on those albums without disturbing whoever might be lodging in the room next door. But I really, really wanted to sing along, so it was a conundrum.

It wasn't even so much the songs on those albums. It was the albums themselves.

So, I thought I would post some pictures of those albums. Just because. The flash sort of obscures some of the pictures, but I still like them. And these, by the way, are Part II. I got the first box of albums awhile back, and I think I will post pictures of those later.

These are some that hold a whole bunch of memories for me.. 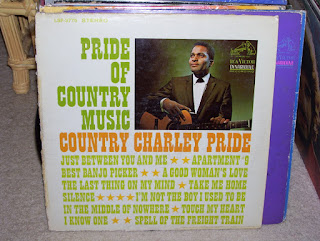 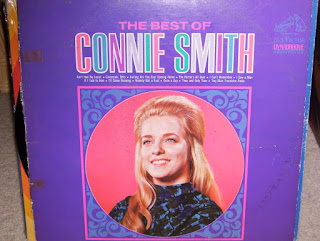 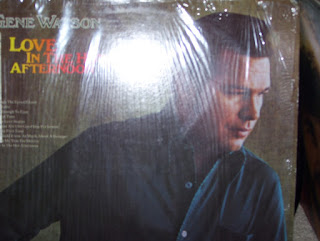 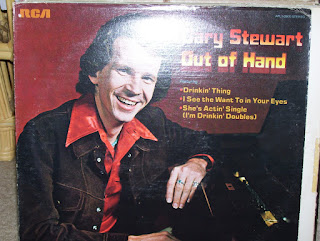 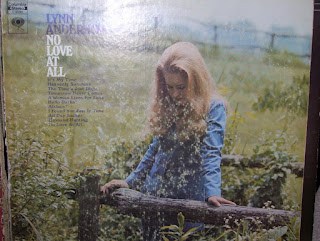 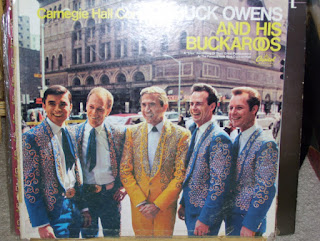 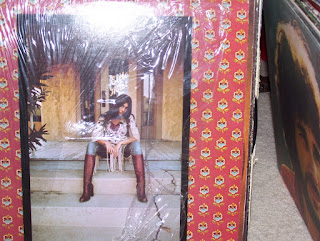 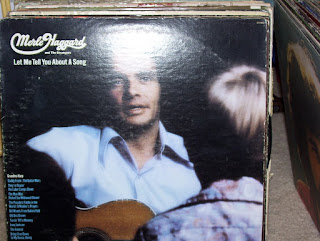 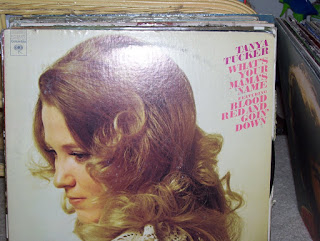 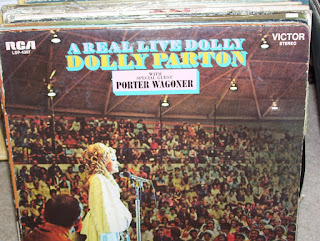 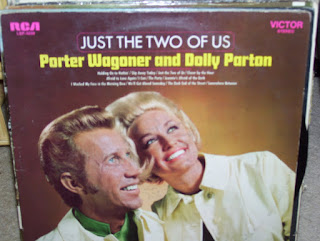 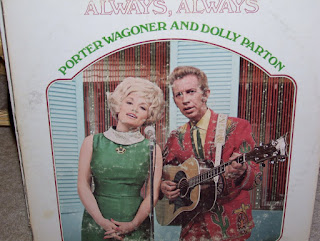 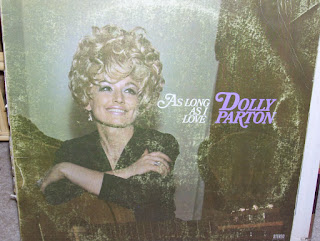 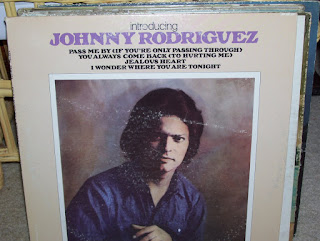 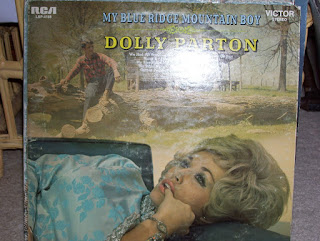 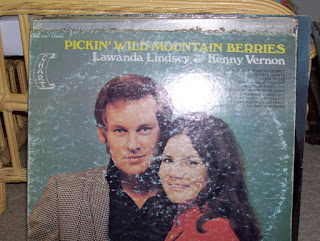 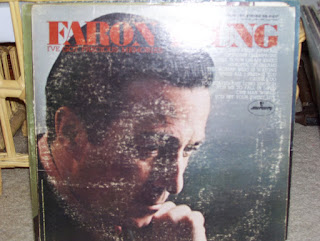 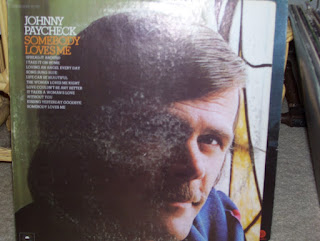 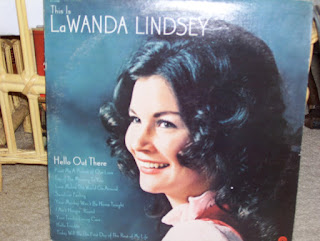 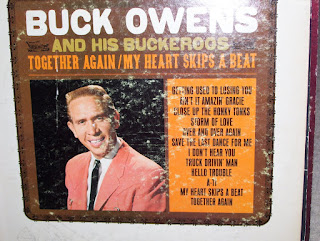 It seems from these photos that I was a huge Dolly Parton fan. Not necessarily. But it was the late sixties/early seventies, and you couldn't turn around without bumping into Porter and Dolly. Seriously. Porter by himself. Dolly on her own. Porter and Dolly, singing some of Dolly's scribbles. We were all sort of relieved, frankly, in 1973, when Conway and Loretta decided to get together, just for the variety, if nothing else.

It was basically Porter & Dolly, or the Statler Brothers. That was 1970 through 1972, in a nutshell.

I can't explain it, but seeing those album covers kind of stabs at my heart. I guess you had to be there.

So, simplifying my life involves purging superfluous stuff, and stuff that at one time meant something to me, but just doesn't anymore.

The things I have on display in my computer room now are, pictures of family, my dad's AA book and his watch, a letter from my mom, pictures of people and things that hold a special place in my heart, and some funny stuff ~ cartoons ~ because we need to remember that life, and we, are sort of ridiculous.

And what do we need, other than the people we love, and the music we love?