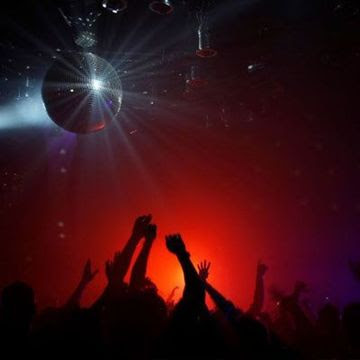 ...a software program that analyzes one's musical collection, and tells them which era contained the best music.

I'm guessing, for most people, it's not the seventies.

I uploaded all my music onto Google Music, once, on a whim, because I thought it would be cool to be able to listen to my music anytime, anywhere.

Well, I never used it until yesterday, at work. I was tired of all the talk radio blah, blah, blah, so I thought, in order to get through that last day of the week, I'd queue up my Google Music and listen to that for a change.

The very first song that queued up was "Play That Funky Music", from the seventies, as you know.

But the funny thing is, I never once, in the course of approximately six hours, heard another song from the seventies.

The seventies was not the epitome of good music.

Oh sure, you can quibble about it; point out the big hits from that decade. Anyone can do that with any decade; just pick out the best songs.

But, let's be honest. It was a lost decade of music, overall. Not just in rock, but in country as well.

I don't know...what I remember about country music during that time period is Charley Pride rehashing songs that were semi-hits in the rock genre. Dave & Sugar ~ remember them? Eddie Rabbitt ~ okay, I like Eddie Rabbitt.

But you also had a whole lot of John Denver. And while I appreciate John Denver more today, that stuff was pure poison when it was happening.

Well, sure, we had the Eagles.

And we had "Bridge Over Troubled Waters" and "Let's Get It On".

But let's be real.

THAT'S not what we remember from the seventies.

THIS is what we remember:

Along with any number of songs by Billy Joel, this goes down in history as most likely my LEAST favorite song of all time.

Sure, feel free to listen to all seven and whatever number of minutes of this song. I got the gist basically from the first verse and chorus. Talk about self-indulgent. You know, the Beatles rarely did songs that were even THREE minutes long. And look where that got them.

And, while we're on the subject of annoying songs, how about this one? Don't even tell me that you LIKE this. How could that be? It's repetitive and boring. And mundane. Additionally, it is non-sensical. Although I suppose that never stopped anyone before. I won't listen to it, but here it is, for the 1% of persons alive who have never heard this song before:

You probably won't believe this, but this song was HUGE in the seventies. Yes, really:

But thinking about it, it kind of fits with this song:

Remember the Starland Vocal Band? Of course not! But lead singer, Alan Colmes, had a huge, and I mean HUGE, hit with this song:

And speaking of John Denver, apparently he was easy to please. Just give him some sunshine on his "shoulders". Not on his hands. Not on his face. No, on his shoulders:

And who can forget Kenny Nolan? Apparently me, because who the heck? Yet, this was a big hit in that seventies pantheon. And who doesn't love harp music?

And don't even tell me that when you hear this song:

You don't think of Eddie Murphy. Because I do. And I never hesitate to sing along:

Sure, reunited and it feels so good. To them, maybe:

I sincerely love how Terry Jacks performs this song with so much emotion. As if it really means something (which it doesn't):

And, of course, there are times when a woman has to say what's on her mind, but I'm thinking this is NOT the time:

I really love Glen Campbell, but that doesn't blind me to his missteps. And here's one, albeit another big hit:

So, don't go all nostalgic on me, pining for those lost days of the seventies. The seventies were crap.

I'll grant you, there were some good songs (none of them featured here, obviously). But those good songs were few and far between.

As much as you may want to re-write history, well, here it is.

I may be magnanimous and feature the GOOD songs of the seventies at some point, but really, the good songs aren't what we remember. We remember the crap.

I'm thinking that's why my Google Music selections have so few offerings from that decade. Google (and I) would prefer to just pretend it never happened.
at January 07, 2012

hahaha the commodores, very nice. its awesome to see a fellow girl blogger who shares love for some old school songs (though, I'm more of a late 60s rock fan)

btw, just stumbled upon your blog and i have to say, it's pretty interesting :) keep it up!