What's New In The New Year? 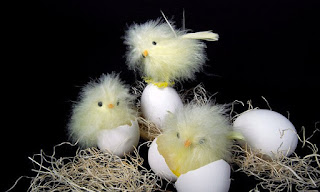 I don't really believe in New Year's resolutions. But, you know, everybody's doing it, so I don't want to feel like an outcast; a loser.

I don't actually "resolve" to do anything. That's too much of a commitment. I prefer to hedge my bets.

And, even though it doesn't seem like it (at least to me at this given point in my life), a year is quite actually a long time.

Who knows? I might change my mind in, say, mid-June, and have a whole host of new things that I want to do. Life is not absolute.

Oh sure, there are some hard and fast resolutions that carry over from year to year, such as MAKE MORE MONEY. That never seems to materialize, though, unfortunately. It's not from lack of trying. It's just that things will be what they be.

But, in an effort to be part of the crowd; I'll venture some so-called resolutions. And then I'll go back and re-read my resolutions for 2011, and have a good laugh, at my expense.

It's not a matter of greediness. Far from it. I just want to get by. And so far, at least in these waning days of 2011, we're barely doing that. A loss of employment will do that to a family. So, make more money, enough to satisfy those pesky creditors, would be my number one resolution.

Just to prove to myself that I can do it.

My songwriter's yearnings have sorely dissipated as time has marched on. Unfortunately.

It's really a lack of confidence, and a lack of any tangible evidence that I am capable of doing it. 2011 disabused me of any thoughts that I could still write. But I'm willing to give it another go. I mean, I used to be able to do it. What happened?

3. LOSE THOSE POUNDS THAT I LOVINGLY GAINED OVER THE HOLIDAYS

Sure, it's all fun and games when you're eating whatever you want, or don't want. Just eating because it's there. I KNOW there's a price to pay, and I pay it every single spring. And then I go through the torture of eating next to nothing, because I have to suffer for my sins.

This year, however, I do have more of an impetus, because I've got a big wedding coming up, and I don't want people to point and jeer. Really.

Which leads me to...

What is that? And why do people think it's "fun"? It's not fun. I've done it before. It's a giant pain in the ass. Which is why I stopped doing it.

It's like doing laundry, or hand-washing dishes. Yea, it needs to be done, but I'm damned glad when it's over. Stop fetishizing it, people! And by "people", I mean YOU, early-morning joggers. You can't actually enjoy this! Do you??

I'll do it, but I'll do it begrudgingly. And I'll be sure to let you know how much I detest it.

5. PROMOTE OUR BAND'S MUSIC IN ANY SIMPLE WAY I CAN

And by simple, I mean my little YouTube "slideshows" that I am wont to create. Oh sure, I call them "videos", but one can call something whatever one wants to call something, I say.

Nevertheless, I find that YouTube is the most efficient way to disseminate music, so thus, I will keep doing it.

That, and the fact that I just like doing it. That's probably a determining factor.

I hate asking for help. I feel like I'm either imposing on someone, or making them crabby with me. Well, both, really.

But I can't continue to take on all the burdens. Maybe that's wisdom (and exhaustion) that comes with aging, but also, I find that with most people, if you ask them for help, they will gladly give it. I don't know why it's taken so long for that to sink in with me.

Do I have to come up with ten? I'm already running out of ideas.

7. GET A DECENT NIGHT'S SLEEP

Well, that's just a fantasy; nothing I can "resolve" to do, or will to happen.

But, who knows? One of these nights, I just could do it!

I'm a chronic insomniac, and I have learned to live with it. But that doesn't mean I like it! I can't even seem to nap properly anymore.

Either it's too hot, or it's too noisy, or the bed is uncomfortable, or my dog is hogging my pillow (which she does).

I've cut out caffeine, except for a couple of cups in the morning. I take prescription medication for insomnia. I turn the fan on high speed, for both the coolness and the noise. I bought a new, overpriced bed, which it turns out, was not worth the cost. I wear ear plugs. Seriously. I do all that stuff. I'm sort of out of ideas here. But I'm slapping it on my list, just because. 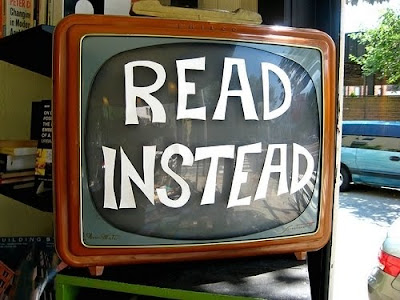 This is an ongoing project of mine. I really don't watch TV very much anymore. I watch the network news (the good network). I have two sitcoms I actually like, and I'm wavering on one of those.

I do tend to DVR some of the older sitcoms though; you know, the ones on TBS and other cable channels. Like Seinfeld or 30 Rock or Everybody Loves Raymond. I'll watch a couple of those in the evening, when in fact, I should just be reading. I have good books on my Kindle. I enjoy them. But it seems like, after a long day, I no longer have the concentration, so I just press "play" on my remote instead. I really want to just turn the TV off.

9. STOP READING PUBLICATIONS THAT TICK ME OFF

I've been a loyal subscriber to a popular entertainment magazine since the early nineties. I always enjoyed reading it every week, because it featured well-written reviews of movies and music and TV, and books.

Now, though, it's become unnecessarily political. I can be merrily reading a review of a movie, when BAM! They hit me with it. A snarky political comment. Or, it could be an album review. BAM! The critic doesn't like the artist's political leanings, so there it is......it becomes part of the review.

Why? And why does the magazine want to offend a certain portion of their reader base? I feel like I'm not one of their "preferred customers", so I think I should just ditch my next renewal notice. Do us both a favor. 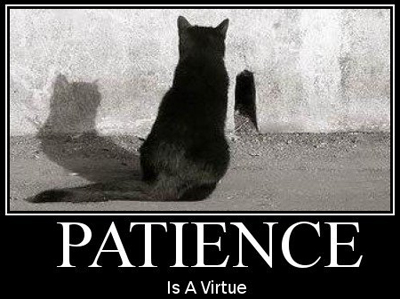 Admittedly, this gets easier as I get older. I call it being too tired to care. I'm just kidding. I've always had these nervous tics, like foot-tapping and lip-chewing - stuff like that (hmmm, does that help explain the insomnia?) AND, if I'm in a really boring situation that I can't extricate myself from, it's torturous. If it's a work meeting, I just doodle on my legal pad. But I do get anxious - anxious to get the hell out of there.

But it's not good for my health to be on high alert all the time. Therefore, I am going to strive to just run a movie in my head, or a favorite TV episode. Something distracting enough to calm the fight or flight mode.

OR, I could just try to "be in the moment". This solely depends upon the boredom quotient. Or just yell at myself to "Calm down!" - silently, of course, or that could be really embarrassing.


Well, there it is. I came up with 10. I could probably come up with more, but then the quality would just go down (insert smiley face).

As I review, I realize that I am on a quest for improvement, in many, many aspects of my life. Well, that's better than standing still, I guess.

How many of these will I actually accomplish? I'm going to say five. The five easiest ones (ha).

Again, while I'm not a believer in resolutions, everyone should strive to become a better person, whatever that means on a personal level.