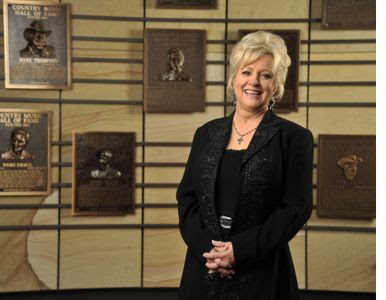 On March 6, the 2012 inductees into the Country Music Hall of Fame were announced.

I'm always interested in the inductee announcement, because, let's face it, these guys/gals are closer to my generation than someone named Dierks or Luke or Carrie or the gender-neutral name, Taylor.

And thus, they are naturally better.  But that goes without saying, although I just said it.

Every year, there are good surprises and "eh" surprises, I guess.  The only problem I have with the annual choices, in actuality, is that so many deserving artists are passed over (Bobby Bare).

But I can't quibble with the 2012 inductees.  I can quibble about the timing, in one case, but that's all.

The class of 1989 was comprised of a bunch of valedictorians.  People whose names now roll off the tongue were "these new guys that are pretty good", back then.


There was Clint Black; there was Alan Jackson; there was Travis Tritt.  There was also Lorrie Morgan, Mary Chapin Carpenter, and Lionel Cartwright.


I was a rabid fan of country music back then (unlike now), and I two-stepped in the honky tonks, too.  I know what was being played the most, not only on the radio, but in the clubs.  It wasn't actually Garth Brooks.  It was Clint Black, Dwight Yoakam, George Strait, Highway 101, Rodney Crowell, and the Judds.


Garth was sort of an afterthought in 1989.  He had some tune about being much too young to feel so damn old.  That song was basically what any fan knew him by, if they knew him at all.

On the other hand, one could not escape "Better Man", even if they'd wanted to, which they didn't.  It was a good song, as was "Killin' Time".  There was, of course, "If Tomorrow Never Comes", but you couldn't really dance to it.  It was one of those, "let's admire it" songs, but not a "fun" song.  As was, "The Dance".


It wasn't really until 1990, when that ubiquitous ditty, "Friends In Low Places" began playing non-stop on one's car radio; so much so that, even if you finally had had enough, and you flipped the radio button to the "off" position, the damn song just kept playing.


I distinctly remember driving somewhere in my little town, and hearing that song for the five millionth time, and thinking, oh my God, I just can't take it anymore!

So, Garth, of course, hit us with both barrels, as they say.  He started out bland, and then became vociferous, and then finally just overwhelmed us with his "Garth-ness".  Face it, the albums weren't very good.  I bought them.  At least the first three.  Aside from the radio singles, the songs were throwaways.  Although to watch Garth in a TV interview, or read a magazine article, one would think these songs were chosen with the UTMOST care; they were the CREAM OF THE CROP, and if we (the fans) didn't "get" them, then there was something wrong with US.

Garth also overwhelmed us with his narcissism.  I wonder if he realizes that now, and possibly regrets it.  I wonder if maybe he decided to retire because he instinctively knew that we (the fans) just couldn't TAKE any more of his ego.  And meanwhile, good ol' Alan Jackson just kept steadily rolling along, doing his country songs; ones that weren't written by Billy Joel, but rather were written by Alan Jackson.


But, all ego aside, one cannot deny that Garth Brooks was THE biggest thing to hit country music in...well, a long time....at least until Shania Twain came along.  So, that's why the Country Music Hall of Fame has now inducted him.  Gotta give the guy his ($$) due.

I obviously would include more videos, if there were any.


The greatest piano session player that Nashville ever saw.  That was Pig.

You're just going to have to take my word for it.  Or read your album liner notes.  He was there on all of them.

This is an award that is much deserved, and much too late.

Dolly Parton said:   "There's really only three real female singers in the world.  Straisand, Ronstadt, and Connie Smith.  The rest of us are only pretending."

It's a truism about female country fans:  they (we) prefer male voices.  That's just the way it is.

The true female country fan does not enjoy the thin and reedy.  We like our female singers to sound full-bodied.  Soulful.

Patsy Cline, Tammy Wynette, Patty Loveless, Loretta Lynn.  If you're going to sing, then sing!  Belt it out like you mean it!

I don't go for the whispery, breathless sound.  If I wanted to hear that, I could just record my own weak vocalizations, and listen back.

In the timeline of country music, after Patsy, and before Tammy, we had somebody who filled the void.  Her name was Connie Smith.

Connie began her career recording songs written by Bill Anderson.  Bill basically discovered Connie, and nurtured her career.  And what a run they had!

This is, I suppose, her biggest, written by Bill:

Connie and Bill had a bunch more, though.

From the Marty Stuart Show:

One written by Bill Mack:

I just like this (with Merle and Johnny Gimble on fiddle):

This song was written by Don Gibson, and it holds a special place in my heart.  Alice and I sang along to the radio to this song:

Really, I could go on and on, and on.

There are, thankfully, endless videos of Connie Smith performances.

I remember the joy I felt, just listening to that voice.  I remember belting them out myself, when no one was around.  I really was an excellent country singer, in my mind, when I was singing along to Connie Smith records.

The female country singers of my formative years were Tammy, Lynn Anderson, and especially Connie Smith.


Tammy's already there, in the hall of fame; Lynn will never be there. But now Connie is there.

Pig Robbins is a class act.  Garth is a big dollar sign.  Connie Smith is my influence.

Who outlasts who?  Silly question.