I Just Completed A Songwriter Survey

I'd completely forgotten that I had completed a songwriter's survey back in 2009.  It was called a "songwriting, health and well-being" survey, conducted by somebody with a "Dr." in front of his name in Hertfordshire, UK.

Interestingly, one of my very first "fake CD's: was this: 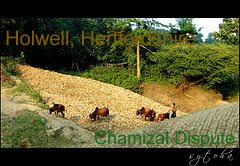 So, I apparently have a kinship with this doctor ~ doctor of psychology, I might add.


This week, I received a follow-up email, asking for my participation once again.


The survey began by asking if I'd had any life-changing events in the past couple of years.


Then it went on to list a bunch of medical conditions, and asked how severely I suffered from any of them (in the past month).

I'm not entirely sure what that has to do with songwriting, but I did tell him about my allergies.

One of the questions was in regard to "irritability".  Well, who doesn't have that??  I have that at least once a day!  I don't necessarily think that's a medical condition.  I just think it's a byproduct of living in this world.


For example, I had a severe bout of irritability on Friday, when our system went down for three freakin' hours at work.


In fact, I was so irritable, I made a video cartoon of the whole situation:

The IS Guy
by: MichelleAnd

So, Dr. Mindbender, don't blame me for my irritability.  But take it for what it's worth.  I don't think I've written any irritable songs, ever, because that would just irritate me, and why would I want to irritate myself?  That would take all the fun out of writing (which isn't all that much fun to begin with).

But, it's all hocus-pocus, I'm sure.  I'm sure that the good doctor can somehow connect the dots of my song lyrics with some sort of malady that I am apparently suffering from.  Although, again, an allergic rash cannot really account for any of the songs I've written.  That I know of.

The survey also asked questions about "how I feel about myself".  Am I hyper-critical?  Well, yea!  Do I call myself names?  If "idiot" and "imbecile" are names, yes.  Doesn't everybody do that?  At least when they completely screw something up?  That seems normal to me.

Not that I want to "cut myself", as one of the questions asked.  I'm not insane.  I'm just your normal, average, insecure person.  And being the practical gal that I am, I wouldn't want to have to clean up the mess, frankly.


Do I "crave close relationships, but not trust that people will be there for me?"  Oh, blah blah blah.  I'm not nineteen.  I think I can pretty much handle whatever happens to come my way, at this point in my life.  If not, I think I need to go back and start over.


Do I "like myself"?  Well, sure.  I like myself okay.  I'm used to myself.  I don't really have any other frame of reference.  I've lived with myself for fifty-six-and-three-fourths years, so, yes, I'm comfortable.  I'm really kind of over that whole "examine one's life" sort of thing, for the most part.  I strive to be a better person, yes, but I've had a long time to get used to myself, and changes, if any miraculously occur, will be minimal.

The last part of the survey, however, was sort of fun.  It asked me to paste 10 song lyrics that I'd written since I'd completed the survey in 2009.

I honestly don't keep track anymore, so I had to exclude some of my better lyrics, because I had apparently written them before the cutoff, although they seem relatively new to me, so I'm either in a time warp or I'm suffering from some sort of song amnesia.

And, to make matters worse, the songs I wrote for FAWM in 2010, I never transferred to a word doc.  They're all handwritten in a spiral notebook.


The survey asked how many songs I'd written since 2009, and I guesstimated 40, which is pretty good, considering that I haven't written a song in over a year.


So, I kind of scanned my song lyrics, to narrow my choices down to 10, and I found that I had a bunch of good ones.  Too bad the actual songs aren't that good.  But the lyrics are grand-ish.

Being mindful of that fact that this was a psychologist asking the questions, I looked for some kind of hidden motivation or irritability....in my lyrics.

Granted, the majority of my lyrics are either wistful or sad, but aren't most songs??  I mean, how many happy songs does one hear anyway?  Other than "Walkin' On Sunshine"?

But it was still kind of fun to look back, and, it's not an MMPI test, but I get what the guy (sorry, doctor) is looking for.  Some sort of window into the soul, or the psyche.

I ended up including about eight sad songs, and two happy ones.  That seems about right.

Here's a sad one:

There's an ice storm
Gettin' close, they say
You better get on in
This cold don't look
Like it will subside

Look out for me and you


Here's a happy one:

WASTIN' MY TIME AWAY

Tall lemonade
In the shade of the tree
No one around
‘Cept the birds and me
It’s a cool, cool day
Wastin’ my time away

Puffy white clouds
On a pallet of blue
Conspire with me
For a daydream or two
It’s a cool, cool day
Wastin’ my time away

I think the motivation, oftentimes, for a songwriter, is to write in the present.   And if I am sad, wistful, or if I am irritable, what better way to vent than in a song?  It's not that I don't write some happy songs, but, frankly, those are written out of either boredom or desperation, or out of the effects of a couple of drinks.

For the record, I was feeling sort of lazy, so I didn't do an in-depth analysis of the best all-time lyrics that I ever wrote.  I tend to go by "feel", because you know those artistic folks.  They don't actually "think".  They just "feel".  But these felt right.

NOTE:  Feel free to stop reading here.  I'm mainly including these other eight songs, because I never actually transcribed the lyrics anywhere, and I kinda would like to have access to them.

Here are the other eight.  The recordings are horrible.  One must possess the patience of a saint to actually listen to them.

I said your sign says friendly town
They said, that means to each other
The shades are drawn, I don’t belong
I guess I’ll move along


WANDERIN' AROUND HEAD SPINNIN' 'ROUND BLUES

I’m gonna hate myself
When it’s five a.m.
And I’m blurrin’ the lines
Between live and dead
Sure hate those wanderin’ around
Head spinnin’ around blues

Wanderin’ around
Head spinnin’ ‘round blues

Songs
Never sung
Never begun
When you’re only one

Another day
Another ride
Too lonely, too hurt
To even cry

Tomorrow
You just might
Say that you love me
But tonight

There’s a place I want to take you
Tonight, somewhere so quiet
Away from the house, past the windbreak trees
Nobody knows this place but me

Hold my hand, I’ll guide you
Through the low-hanging branches
That long ago stepped back, a path
They made for nights like this

Road tales, imposed travails
Intersecting lines
But now she left with no farewell
And I’m cryin’ why

But I miss her

No stones, no thrones, just flesh and bone
And livin’ for a song
Capturing time when it was good

All those years I was your biggest fan
But the pain, it never goes away
I can’t go on like this endlessly
Maybe we should decide to say goodbye

They can say they knew you well, all right
But you and I both know
How the stars glowed on those dark prairie nights


It was fun, I admit, to look back.  It almost makes me want to write again.  Almost.

And if I was to psychoanalyze myself, I would say, well, she's a syrupy sentimentalist, with underlying feelings of rejection,  She tends to dwell on the dark side of relationships; yet, she has an optimist's eye for the healing power of nature.