More and Even Greater Country Singers from the Seventies ~ Gene Watson 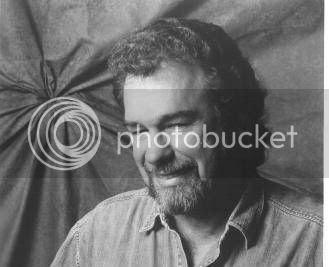 I'd quit my job with the State; I don't remember why now, but I think there was some vague dissatisfaction with the person supervising me (I've always said, when you quit a job, and you tell them, "It's not you, it's me", it's really them).

I was young, and I didn't particularly care.  Jobs were easy to come by in those days.  Quit one; get another.  One would probably think that going from an office job to a job pushing a maid's cart was a step down.  I didn't see it that way.  See, I had cleaned motel rooms for my parents all through high school, so it was a known entity.  Plus, I didn't have a supervisor.  It's not like my mom was going to don white gloves and trail behind me to run her fingers across the nightstands that I'd just dusted.  She trusted me.  I did a good job.  I'm not an obsessive cleaner these days, but I figure, hey, I paid my dues.  I think I must have made about 1000 beds, if not more, during my maid's career.  I'm great with hospital corners.

The fun thing about being a maid was the independence.  We had a crew of three for 52 rooms; four in the summer, when my best friend Alice joined us.  But we all just did our own thing; we picked a row of rooms and cleaned them independently, usually.  I would stock my cart with toilet paper and towels and Comet at 7:00 in the morning, and trudge outside (yes, in those days, the rooms were all accessed from the outside).  The bad part about the 7:00 hour was that most people weren't yet gone.  I would, of course, scope out the room keys in the office to find out who had checked out, and I would hit those rooms immediately.  But often, I would have to try to guess which car belonged to which room, and thus, who was still inside, sleeping.  So, if I thought it was safe, I'd do my little light knock on the door, saying, "Maid!", but sometimes those idiots were still inside, but wouldn't answer.  I rarely walked in on naked people, but it happened.

Around 10:00, it was much better.  Most, if not all the people were gone, so I could just make my way down the walk, working from room to room.

We had our distractions.  There were certain shows, at certain times, that we always watched.  Hollywood Squares, with Paul Lynde, was a must-see.  If we were still working at 12:30, of course we watched Days Of Our Lives.  (I always tried to be done by noon'ish, though).

And, when there wasn't anything good on TV, I had my radio.  The funny thing about certain songs back then, is that I can remember exactly which room I was working in when I first heard a particular song.  Maybe it was the tediousness of the job that made me focus more on the music, or maybe I just had fewer things in my brain to remember back then, so stuff kind of sunk in more.

Honestly, I remember cleaning room #10 when this song first came on the radio.  I think I paused in mid-pillowcase changing, and perked up my ears.  I thought, who is this guy?  And this is a strange song!  And I like it!  But I don't know why!

And it was this song:

(Sorry, this is apparently the short version of the song, which is rather disappointing, but I wanted to show a time-appropriate performance).

Ever hear a pure voice, and think, wow?  There's no struggling; no straining; no producer punching in.  This is what a singer is.  Anyone who imagines themselves to be a singer, imagines that they can sing like this.

Today, it's all tricks.  I've used them.  A deficient singer uses the tools that are available.  But don't think that the voices wafting out of your radio are real.  Because they're not.  Recording a song, when you are a bad singer, is brutal.  You may punch in one chorus.  You may punch in one line.  You may punch in one word.  Imagine what someone like Faith Hill goes through.  If she's still even making records, which I'm not even sure she is.  Because I am about 10 years behind the times.  If I had autotune (like Faith does), I would use it constantly.  And I would listen back and say, wow, I'm a damned good (fake) singer!

Love In The Afternoon was just Gene's debut.  The best was yet to come.  But I'm saving that one for last.

I thought I would just post some of the videos I could find, and let you sit back and enjoy:

This is not an original Gene Watson song, but still:

Something new (with Rhonda Vincent):

Yup, saved the best for last.  I didn't know if it was just me, but it wasn't.  Because Alan Jackson did a whole album of covers, songs that had inspired him, called, "Under The Influence", and he included this one.  I like Alan Jackson a lot, but, sorry Al, you can't hold a candle to the original.

The first time you hear this song, you think, well, this is nice.  It goes along nicely.  Nice steel guitar.  And it moves along, and you are still thinking, nice traditional country song.

And then that last line comes, and Gene just stabs you with it.  And you say, hey!  Back up!  Let's hear this again, because, does anyone actually sing like that?  That good?

Needless to say, I truly believe that Gene Watson is one of the best country voices, ever.  And sadly, he has never really gotten the credit that he should have gotten.

If Gene had only recorded, let's say, three songs in his career (and I will pick the songs), he would deserve a plaque in the Hall of Fame.  Watch those other performers, in some of the "reunion" videos, watching Gene.  They know.

And everyone should know.