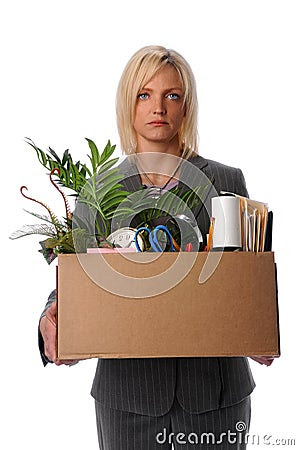 Our Bismarck branch had performed so well that the powers-that-be, as much as they disdained us, realized that they needed to find more people just like us.

This entailed a building expansion.  Because where would they put us all?  All us groovy, hardworking, competent people.  We may have been rubes, but we were smart rubes, and we didn't try to screw the company, not to mention any names or geographical locations.

So, voila, a whole new wing was added to the building!  That meant a move for us old-timers, up a flight of stairs (the new wing had two floors!)

My new best friend, Connie, kidded me as all us supervisors did a walk-through of the new digs.  She made little joshing remarks about where she'd put me, and I laughed and laughed, and thought about where I'd like to put her.

Connie had a new, innovative (i.e., "stupid") plan for transforming our business model.  She determined that it would be a wonderful (her favorite word) idea to place examiners in units according to their abilities.  In essence, Unit 1 would be all the really stupid people, Unit 2 would be the only semi-stupid people, and on and on, upwards, until we got to the really smart ones.  This, apparently, had some unforeseen logic that only dogs could hear, but I publicly applauded Connie's boldness.  I would have handed her a calligraphed diploma, if that would have kept her on my side.

We were all gathered in the conference room that day, when she had the director of operations on speakerphone, announcing her plan, that she assured him we were all on board with.  Yay!  Go team!  Idiot.

He (Dave) audibly sighed and said something to the effect of, "Well, I don't think that's gonna work, but if you want to try it, knock yourself out."

So, Connie began her stupid-ass game of musical chairs, ranking people.  Seriously!  Well, this one is dumb; let's put her in Unit 1.  How insulting.

And once she was done with the rankings, she also ranked the supervisors, although she wasn't quite so frank about our abilities or lack thereof, since we were all sitting there in the room.  But the bottom line was, she assigned the stupidest supervisor to the stupid unit, and on and on like that.

I think I was probably around #5 out of 7.  Not bad, considering our history.  We'd come a long way, baby.

By now, of course, I'd been chastised into not rocking anybody's boat.  My aim was to keep being employed.  And I had long since stifled my competitive streak.  Translation:  Didn't really care a whole lot, with the exception of advancing my employees' skill sets, which I kept on doing; Connie be damned.

One thing that always stuck in my craw was that there were two highly competent assistant supervisors who never, ever got a chance to advance.  Most likely because they suffered from "Shelly Syndrome", and forgot that they needed to play the "Flatter Connie" game.  They were so much more qualified than the lackeys that Connie had placed in positions of authority, and yet their careers were stymied.  I just kept encouraging them, and hoping.

One sunny August day, out of the blue, our director of operations, Dave, hopped a flight out of Philadelphia and appeared, unannounced, in our office.

He commandeered a spare room, called in our regional VP (I forget his name, so I'll call him "Charles"), and the two of them consulted behind closed doors for about an hour, much to the curiosity of us supervisors, who kept sneaking peaks, wondering what the hell this all meant.

Then my extension rang, and it was Dave calling!

Okay, I hadn't pissed off Dave, that I was aware of.  I hardly knew him!  Why in God's name would he want to talk to me?  I was the good, subservient employee now.  It had been a couple of years since I was threatened with being fired, and I was holding to the straight and narrow.

I meekly walked in to the little room, and Dave told me to close the door.

He, and Charles, commenced to grilling me about how things were going in the office.  I don't know what they knew, or how they knew it.  But they knew something.

Their questions were pointed.

So, I thought, all bets are off now.  You guys are asking.  And I'm telling.

I don't remember that I said anything derogatory about Connie, but I must have.  It's all kind of a blur.  I did say that there were two people who deserved to be supervisors, but they never had gotten the chance, and Dave asked me their names, and I told him.

That's the part that stands out in my memory.

I don't know what Dave saw in me, or why.  He didn't know me; I didn't know him.  But for some reason, he trusted me.

And then I scurried off, back to my glass-walled cubicle.

It was 5:00, and I was sitting in my car, about to drive out of the parking lot to go home.

Out of the corner of my eye, I saw a blonde head emerging from the exit, carrying a box of belongings.

I slumped down in the seat of my car.

I watched her as she trundled out, emotionless, as if she had been expecting it all along.

I think I called my mentor, Carlene, that night, and told her what I'd seen.  Carlene had been the only supervisor besides me who had been threatened by Connie with the loss of her job.  We were quizzical.  We weren't celebrating or high-fiving.  We just didn't get it.

The next day, Connie's office was dark.  Connie wasn't coming back.

Dave called all the supes together into the conference room to announce that Connie was gone.

Dave held my gaze for a good long time as he was sharing the news.

He never explained it, nor should he have.  One doesn't do that.

Sometimes you find a good guy in your professional life.  Dave was a good guy.  And he, for whatever reason, liked me, or saw something in me.

I had not heard the last from Dave.