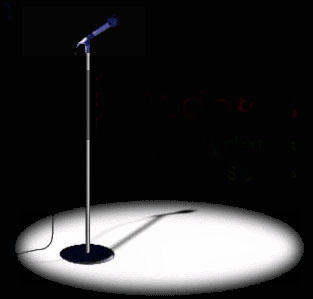 Lists such as these are always interesting, but are generally consensual ~ a group of individuals gets together and hashes out their mutual top 50; weeding and eliminating and ranking artists as they go.

Music, however, is personal, emotional, and, I believe, mostly biographical.  Perhaps most of us can agree that certain voices are technically superior.  That does not account, however, for each of our life stories, and the way certain singers have influenced our own lives.  It's not necessarily the vocal prowess; often it's the way they have laid their hand upon our shoulder.

And who, really, can even think of their own top singers, without first hearing them and realizing, hey!  This is one of my top singers!  Truly, one cannot even narrow the list to 50.  Somebody else is inevitably going to pop up; someone we hadn't even thought about.

I do know who my ultimate favorite singer is, but, in fairness, I have had almost 60 years to ponder the question (although I don't think I actually ever pondered it.  Maybe I did, when I was around 13, but what did I know then?)

But, for fun tonight, I thought I would search out some video performances of singers I really like.  All of them may not be the world's greatest singers, but don't forget the emotional and biographical aspect of this exercise.

There is no order to this, so I'm not ranking anybody.  I will, however, save the best for last (at least my best).


Burton Cummings (and the Guess Who)

Al Green (yea, the real one)

John Lennon (and the Beatles)


Eddie Brigati (and the Rascals)

Brian Wilson (and the Beach Boys)

Bill Medley (and the Righteous Brothers)


I know I have left out a bunch.  Inevitably.  I'm one of those people who is all about the songs, more so than the singers, usually.  I mean, if I was just going to list songs, I'd include Sheena Easton here.  Seriously. And ABBA.

I did try, however, to include the singers whose bodies of work are, to me, indisputable.

And yes, Alex, ultimately, I will go with Roy Orbison for the win.  I've heard a bunch in my 57 years, but I have never, and will never, hear one better.

But the question remains....Who are your golden voices?  Let me know, please.   I would love to discover artists I've missed, or don't even know about.