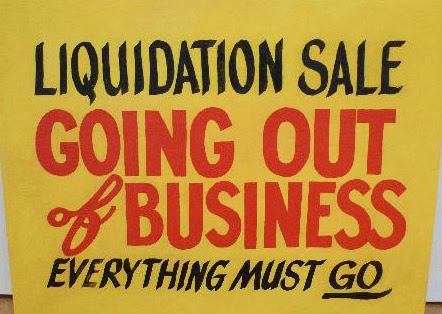 I slept approximately one hour that night.

I had done everything right, and yet, everything had gone horribly wrong.

My mind churned with questions; theories.  Had I offended someone irretrievably?  Was I perhaps too boastful about my department's achievements?  I knew I had never actually boasted, but maybe just our "being" had rubbed someone the wrong way.  Our success.  Maybe we'd shown up somebody who was wont to carry a grudge.

Why?  Why, when we had done so well, were we being scattered to the winds like this?

What about my people?  I'd seen the job ads in the newspaper.  They occupied about one inch's worth of print space.

As it was, I tortured myself all night.  Until I drifted off, mere minutes before my alarm began beeping.

I had already determined that I was not going to attend the weekly strategy session.  Fire me!  Oh, that's right; you were going to do that anyway.

So, I showed up in my office at the usual time, and I just sat there.  I didn't know what to do.  Or why I should actually do anything.  So, I sat, and I mindlessly managed to complete my daily work chores.  And I sat.

Peter strolled in around 8:00 a.m., and he gingerly eased into my visitor's chair and asked, "Why aren't you at the weekly meeting?"  And I said, "Why bother?"

He mumbled something about "appearances", and I just waved him off.  Like one would wave off a blithering idiot.

I was done with Peter now.  The tables had turned.  I understood that as long as my department remained in existence, I would have to play Peter's game, but I also realized that any consequences I would suffer would be non-binding.  What more could they do to me?

Instinctively, I understood that none of this was Peter's doing, but he was now my scapegoat, and I directed all my animus toward him.  If not him, then who?, was my attitude.  And, in the recesses of my mind, I harbored the thought that Peter could have stopped this, but he didn't.  Logically, I realized that he couldn't have stopped it, but damn, he could have gone to the mat for us, and as far as I knew, he didn't.  He looked out for number one, and as long as he still had a job, all was well in Peter World.

My day supes showed up for the start of their shifts, and I watched them as they settled into their cubes, put their heads down, avoided eye contact with their charges.  I understood exactly what they were feeling.  Soon, individually, they found their way into my office.

"Prez and Petey can do the announcing and the explaining.  We're there for our people."

I called Kristen into my office and filled her in on what was going down.  Kristen had been my assistant for three years, and she deserved to be a supervisor, but time had simply run out.  I hadn't chosen others over her; other existing supes had been moved over from Claims into my department.  I should have fought harder at the time, and now it was too late.  I knew I had let her down.

I told Kristen and my supes that we needed to be watchful of people's reactions, and we needed to be there immediately for them.  Be ready with a hug; a few words of encouragement.

It was going to be tough, but I knew my management team, and I knew they could carry through, if only I could set the tone.

And thus, the long announcements began.

I stood in the back of the cafeteria, my supervisors back there with me, and I did a lot of nodding in ascension to whatever blather the prez and Pete were dishing out.  And I watched my folks.  And I stood by the door as they exited out, and put my arm around some, and murmured reassuring words to all.

And then, we did it again.

And then, it was time to go home, finally.

And I slept soundly that night.  Because my mind and my body just finally gave up the fight.