Pop Songs Are Getting Sadder 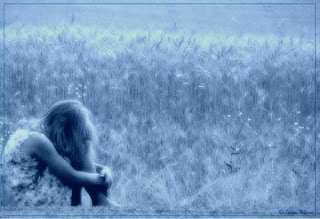 Maybe this is what's wrong with the world today.....


Pop music is getting sadder, slower, and more sophisticated, according to a new study published in a psychology journal. Researchers analyzed Top 40 hits in Billboard from the mid-60's through 2010 and discovered that popular tunes have increasingly been written in "minor modes"—which associate with darker emotions, reports Pacific Standard.

The top songs also have gradually become lengthier and slower in tempo, and their messages aren't as straight-forward.

“As the lyrics of popular music became more self-focused and negative over time, the music itself became sadder-sounding and more emotionally ambiguous,” say the researchers. They also pointed out a compelling similarity with the evolution of classical music, although on a much shorter scale.

Examples abound of songs that are, as the author puts it, "self-focused".  From Taylor Swift's revenge songs about failed relationships, to Adele.  I like Adele a lot.  She's very talented.  I think this is a great song:

The author of the study contends that, as female singers/songwriters become more dominant in the pop music world, the sadder and more self-focused songs tend to prevail.

I will grant you that women tend to write retributive songs.  That's sort of just how we're made (yes, there are actually differences between men and women, contrary to the political talking points).

I've even written one myself.  It's never seen the light of day, because I am not an idiot.  Although, if I'd written one as good as Rollin' In The Deep, then all bets would be off.

Guys whine, too, though.  Just turn your radio dial to the adult contemporary station, and you will be bathed in tunes of self-pity before the next windshield replacement commercial assaults your ears.

It's generational, perhaps.  As a baby-boomer, who could be more self-absorbed than me?  And yet, the Beatles mostly did not feel sorry for themselves.  Look at Paul McCartney.  He was sunshine incarnate.  He even wrote a song about sunshine:

There's a reason, you know, why songs from the sixties live on.  They make us feel good.

I've said a million times that music is supposed to be fun.   That's why we like it!

Maybe the difference between my generation and the generation of my kids is, they are all concentrated on getting somewhere, whereas we were just enjoying the ride.

Everything now is super-serious.

I'm not passing judgment.  If I hadn't just gone along for the ride, perhaps I would actually have money for my retirement.  But we thought we'd live forever, right?  And never get old.

Maybe there just needs to be a balance.

The thing is, whether you're just going along for the ride, or whether you're documenting each of your accomplishments on a white board in your expensively granite-tiled kitchen, don't forget about music and love.

I had no idea I would live this long. I was mostly along for the ride. I never really thought anything out. That is funny, isn't it !!!

Funny, Legman, and yet kinda sad and pathetic. But that's me!