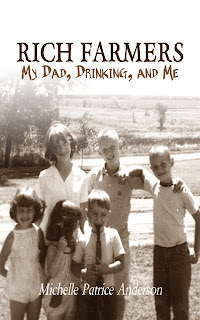 My little Minnesota town mostly tolerated the river. The Red, eleven months out of the year, was kind of puny and babyish. Sure, it was banked by shady trees, and it was a lazy place for a waterside picnic. But it was no Missouri.

Once a year, though; that one month in the spring, the Red River turned into a hysterical, sobbing woman. When all the ingredients got stirred together just right; the ice jams, the melting snow creeping across the flat plain, the up-up-upping of the thermometer; well, then the Red wreaked vengeance on those who ever dared call it puny.

Sherlock Park, home to the town swimming pool, and the corny bandstand, where oompa-oompa bands serenaded clumps of families sitting in the shade; was but mere blocks away from the Red; but it seemed so much further away to us kids. At least until the flooding began.

The First National and Sacred Heart Church and the American Legion Club were only two blocks down and one block to the right of the Louis Murray Bridge, give or take. My town was a little town, and it took its nourishment from the skinny waters that confusedly wended their way north, instead of south, like a normal river would.

Every spring, my big brother got out of classes to help sandbag. High school kids are inherently altruistic, especially when they have the opportunity to get sprung from school.

It wasn’t just the Red that flooded, though. Every body of water that was man enough to call itself a “body of water” lurched like a drunken sailor and went knocking on doors. That included the coulee across the road from my farm.

What that meant for me was that the school bus dropped me off at the top of the hill, and set me on a journey of red rubber galoshes busting through banks of sloppy snow, as poor little me finally made my way across the field and to the waiting arms of my front door.

It wasn’t bad enough that the country kids (I say derisively, although I was one) made fun of my name, and called me “Bushy Tail”, as I sat, grumpily bumped up against the vibrating school bus window, all the way to town.

But I hated winter, and I hated post-winter; with its stinging slap across my face, taunting me with a squinty-eyed vision of someday-wildflowers bursting through hillsides that were currently drenching my snow pants up to the knees.