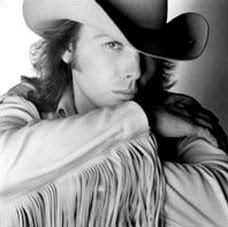 Country rock is a strange subset of rock music.  It seems that the twain of country and rock should never meet; but at one time, they did.

I thought about that when I heard the song, Amie, on my oldies station today.  There is nothing about that song that even flirts fleetingly with rock music; and yet it was a hit on the rock charts.

This performance, unfortunately, does not feature the long-since moved-on Vince Gill.

There are artists who immediately spring to mind when talking about country rock music.  I don't want to talk about those artists.

How about the Nitty Gritty Dirt Band, from 1979?  An American Dream, a performance which eerily includes the voice, but not the actual physical presence of Linda Ronstadt.

Speaking of Linda Ronstadt, who knew, when she was with the Stone Poneys, that she had such a great voice?   Different Drum didn't necessarily show off Linda's vocal abilities.  Did you know that Mike Nesmith of the Monkees wrote Different Drum?  I didn't.

The Beatles even dabbled in a bit of country rock, as evidenced by this song:

John Fogerty has never made any bones about his love of country, or rockabilly, music.  Creedence Clearwater Revival, while unquestionably recording songs that clearly fit within the rock and roll genre, also had a bunch of songs that skirted the line between rock and country.  Like this:

John Sebastian and his Lovin' Spoonful had a great example of country rock music, with their recording of "Darlin' Be Home Soon".  Unfortunately, the only video available for that song has big red letters flashing over it, yelling, "YOUR ARREST RECORD ONLINE!".  Bastards.  If you want to see the video, though, you can find it here.

"Daydream" is not the best example of John's country rock leanings, but it still fits.

Here are a BUNCH OF PEOPLE doing Bob Dylan's "My Back Pages", and as an added bonus, "Knockin' on Heaven's Door".  Take that, Gram Parsons.

Speaking of five old country rockers, how about these guys:

Many, many artists contributed to the birth of the country rock genre.  Eventually, though, everything became compartmentalized; and country rock was played only on country stations.  That's where we had to go to hear Dwight and Rosanne.

The Eagles Greatest Hits, Volume 1 was a cornucopia of country rock songs.  I refused to buy that albums for years; thumbing my nose at these pretenders; these charlatans.  I don't remember what exactly I was listening to then, but the 1970's was really a lost decade for country music.  Had I just broken down and bought that blue cow's skull album, I would have regained all the faith in country music that I'd lost.

Better late than never, I say.

Here are the Eagles performing at the 2007 CMA Awards:

Country rock straddled the border between a teen girl's infatuation with rock and roll and her budding love affair with country music.  Country music could really be a bit too corny sometimes.  Added to that was the shame of being a country girl in a rock and roll town.  With country rock, I could relax and just let the music flow.