I purchased no CD's this year. I did download a couple of tracks - they were from the hit ABC show "Nashville" (I always like to include the words, "hit ABC show", because I'm all about the PR, you know). That's the sum total of my 2013 musical experience. I don't know what's playing on the radio, because I don't listen. I did catch Entertainment Weekly's list of Top Ten Albums of 2013, and I perused the videos, but what's with all the minor chords and long intros? You, Entertainment Weekly, have completely misread the spirit of country music.

This is the spirit of country music:


Honestly. Anybody can whine over D minor chords. I've wallowed in it myself. That's not what country music is supposed to be about. Good lord, it's not a funeral. But I've come to be suspicious of Entertainment Weekly in general, of late.

Of course, everything isn't about music (is it?). So, here are some more meaningless categories:

BEST ONLY MOVIE I SAW IN THE THEATER THIS YEAR:


Well, I liked it. It was sort of an updated National Lampoon's Vacation, albeit without Chevy Chase, but it was funny. I read that We're The Millers earned lots of dough through word of mouth. I would recommend it.

Obamacare (Don't click on the link! Unless you want your identity stolen! Oh, wait - the site is probably down anyway. We'll just let Target steal our identity. It's less time-consuming, and cheaper!)


SPEAKING OF, WORST CORPORATE ENTITY OF THE YEAR:

Target (No link provided. Browse at your own peril.)

BEST TV SHOW OF THE YEAR FOR THOSE WHO CAN'T AFFORD PAY CHANNELS:

I'm not on board with the insane rants of some of the show's actors, but I still appreciate a good comedy that's come back from the brink and has regained its mojo.

Do you watch that show? I hadn't, so, in an effort to become informed, I DVR'd a couple of episodes. It's sort of like soap bubbles - all shiny one minute, then popped into oblivion the next. And somebody has to say it - mostly commercials.Honestly, I hadn't watched A&E since Bill Kurtis stopped making crime documentaries sometime in the nineteen eighties. I'm not your go-to person for cable TV programs.

BEST USE OF BORED SMOKE BREAKS: 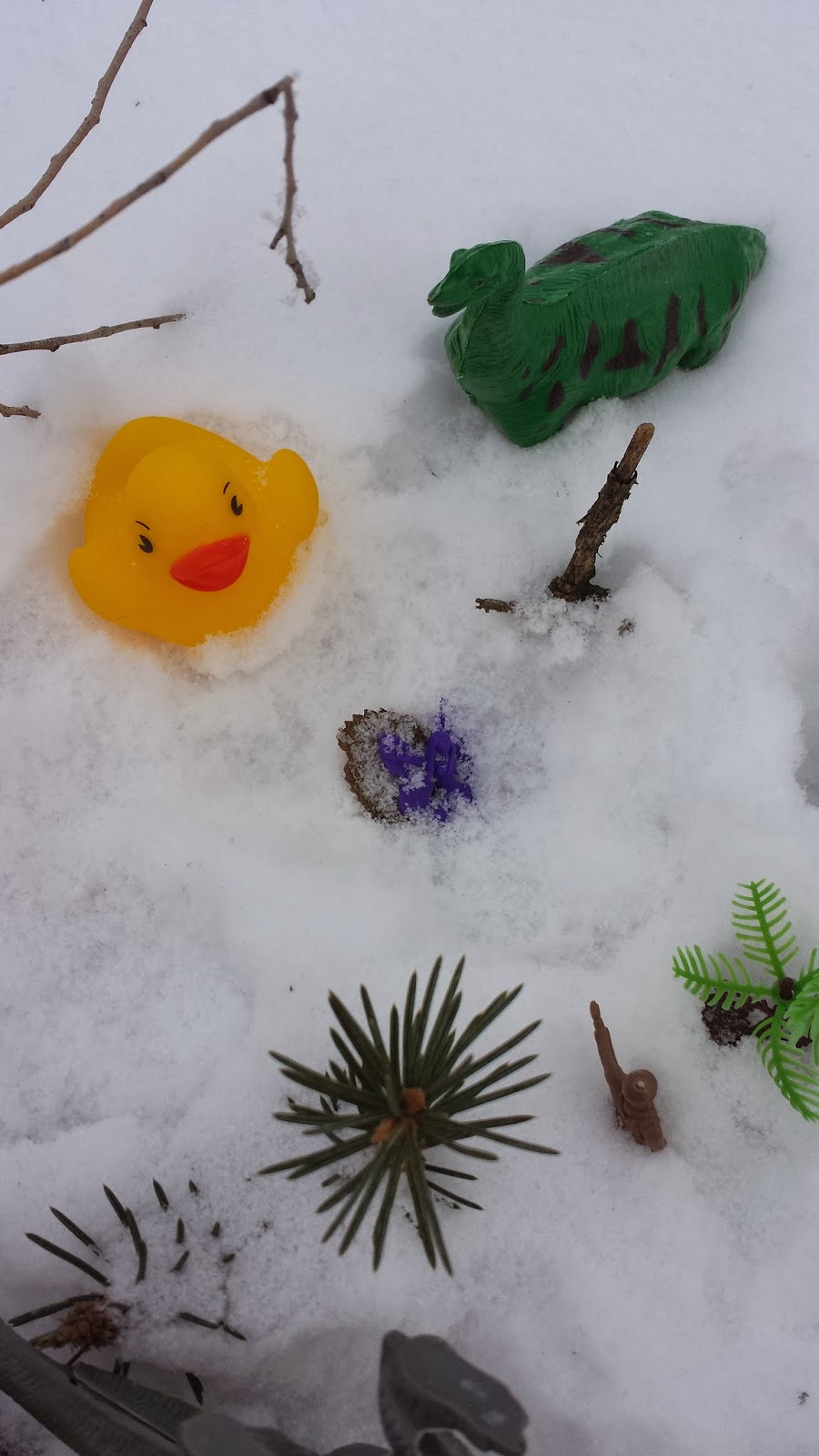 My friend Barb and I got sick of staring at a snow-covered picnic table on 20-below wind chill days, so we created our own "Nativity scene" (the purple figure resting on a leaf is the Baby Jesus). Fellow smokers seemed to like it. We aim to please.The duck and the dinosaur represent "wise men".

BEST TIME WASTER (OR POSSIBLY NOT):

Everybody, no matter one's age, needs a goal. My goal is to complete my novel. I didn't quite do it in 2013, but I'm still excited about it, and I think it keeps getting better the more I slog away.

I've never been enthralled by odd-numbered years. 2013 is a gawker slowdown.