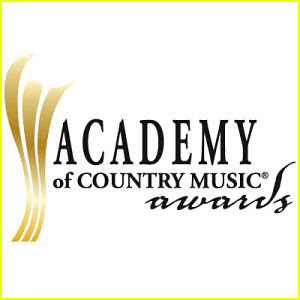 As you know, I hate watching awards shows. And yes, I realize the ACM Awards were broadcast April 5. I've been busy - sorry.

Generally, awards telecasts feature a bunch of inane scripted chatter that is supposed to pass for "humor", but instead creates twinges of embarrassment, and I'm referring to the poor viewers who have to witness it. I say, speed things up. These shows could be wrapped up in an hour, with a judicious producer. Omit the inside jokes that nobody gets unless they're a crazed web fanatic with nothing to do all day but peruse country music gossip sites.

Ditch the "medleys". Whose brainchild were those? The problem with medleys, aside from the fact that, well, they're medleys; is a) just when they start a good song, it abruptly stops and transitions into some soporific tune that the poor artist being honored couldn't even manage to break the top 40 with; and b) the producers always trot out some kid singer wanna-be, who butchers what originally was a really great song. If it's imperative to include medleys, please let the original artists perform them. And don't give me that, "we're here to honor....". No, you're not. You're here to snatch some screen time. Quit trying to jazz up a classic song. Who do you think you are? Reba McEntire? with your laughable note-bending and your southern rock mimicry? Just do the damn song the way it was intended. Show-off.

Three, don't include Faith Hill. I have nothing whatsoever against Faith Hill, and I realize she's a package deal: "McHill". But she hasn't been relevant since the turn of the century.

Finally, and this really goes without saying, stop panning the camera to Taylor Swift whooping it up in the audience.

All bitching aside, let's get to the clips, shall we?

Sorry - it seems that the ACM's or CBS or whoever's in charge doesn't want anyone to watch their videos. I'm not sure why. I've never understood why these folks remove their online content. It's free advertising, after all - and you network people know the show's already been broadcast, right? It's not like you're going to lose advertising dollars.

By the way, the ACM's were created by the late Dick Clark, who actually was a big country music booster, as a way to compete with the CMA awards. It's not as if the ACM's are an "industry" function; they're a TV show. Which is fine. I just wanted to point out the distinction.

Anyway, here's a video. It has nothing to do with the Academy of Country Music Awards, but I found this during my search - and WOW!

Back to the ACM's, I also understand that some guy named Garth got the crowd to sing Happy Birthday to some guy named Merle (I don't know - there is no video evidence of this anymore).

I am just hoping that I have better luck with the Rock and Roll Hall of Fame induction performances. Because I have a lot to say about that.