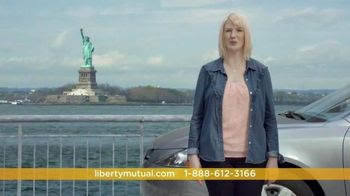 I tend to watch the same TV channels. Thus, I see the same commercials, over and over.

I wonder, at times, if ad agencies focus-test their ads before running them. Because here's one I would have nixed - Liberty Mutual. Now, somebody's paying big bucks to run these ads, and yet they're (I'm pretty sure) having the exact opposite effect of what the client intended.

Here's what I get from the ads:

PERSON: It's only a matter of time before you rip some guy's bumper off.

ME: So, I'm supposed to foot the bill for you, because you don't give a shit about the damage you've  done to my car, because, after all, nobody's perfect. Well, frankly, with your blase attitude, I will make a point of staying far, far away from your "driving skills". You're just a somnambulistic inch away from making me fork over my exorbitant deductible, all because I need to indulge your fatalistic mindset.

Not to mention the girl who names her car. What the hell?  And then she throws him over, willy-nilly, when she gets that big insurance check, after she's "bumped" somebody's fender.

Here's the deal, Liberty: I'm not buying what you're selling.

On the way home from work last week, I found myself behind a guy who was weaving precariously toward the right shoulder, then drifting into the left lane and back again. This was 2:30 in the afternoon! I couldn't get close enough to report his license number, because, well...I didn't want to get that close. I obviously couldn't pass him, due to the side-swiping potential. I'm guessing he had Liberty Mutual Insurance, because, you know, life just happens. It's nobody's fault, really. Oh, I killed you? Sorry, I guess.

He probably was wearing that same ill-fitting denim jacket that the sartorially-deficient woman in the commercial is wearing - because, like her, he has no sense of decency. Or sobriety.

On the plus side, however, speaking of insurance (and who doesn't like to speak of insurance?), I'm rather partial to the Geico ad with the motorcycles, because I knew - I just knew that wasn't some prefab "commercial tune" they slapped on there. And I was right. The song was too good.

And I found it! It's the Wallflowers, and it's called One Headlight:


So, in a nutshell, if I was shopping for insurance, I believe I would go with Geico. Because their songs are cool and they don't treat me like a scrunched-up piece of plastic.

So, there's your focus group.