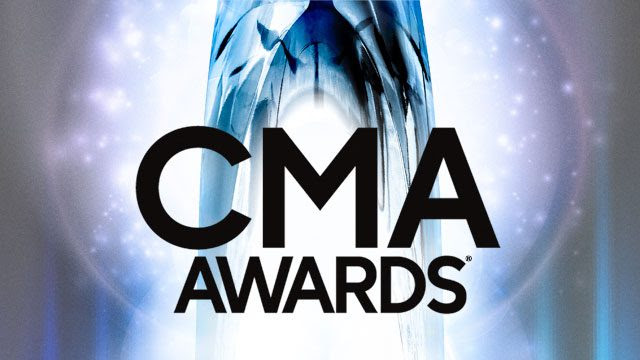 I don't watch 'em, because I don't know who anybody is anymore. Sure, I know who Brad Paisley is, and I know who Carrie Underwood is, but other than that? Apparently, I'm fully ensconced in the twentieth century and a hundred years have passed me by.

I still read about 'em, though, because old habits die hard. I'm probably hoping to catch a glimpse of George Strait, who's retired, actually. We're not in the nineties anymore?

It's my own fault for not listening to country radio, but funny story -- I was laid back in the dentist's chair the other day and country was blaring from the (apparently hygienist's favorite) channel, and I thought, well, here's an opportunity to catch up on what I've missed, since I have no choice but to lie here and allow a stranger to chisel my teeth.

I didn't recognize anyone's voice except for Brad Paisley's, because the DJ played "Mud On The Tires", apparently during his oldie spotlight. To be honest, Brad Paisley is, to me, not even an oldie. When I stopped listening to country in 2001, he was a new up-and-comer. I knew the song about fishing, but that was the extent of my BP awareness. I may have recognized his voice, also, because he actually has a recognizable voice.

Throughout the course of my sociological experiment, I may have pinpointed one of the problems I have with "new" country (aside from the fact that it isn't country). I was curious about that, honestly.  It's not that I don't want to listen to music -- good heavens, no! I've loved music, or been in love with music my whole life. I'm a pretty reliable encyclopedia of music, actually. And I'm open-minded. In fact, I'm considering giving it another go -- perhaps tuning my radio to the "country" station at work one day and enduring an hour (maybe) of today's hits -- because I have to get a handle on this.

But what struck me, in the dentist's chair, was the artists' apparent fear of singing. Everything was staccato. Lots of words, no breath in between. That's not how Tammy Wynette did it. In fact, her grace note was that long-held crescendo at the end of the song. Do today's artists have no breath control? Are they heavy smokers? Singing should be...singing. Not "speaking". Anyone can speak. If that was the bar, I could just sit here and spout words out loud and I would have absolutely no need to listen to music.

And it's not like the words they're morse-coding are relevatory. They're not like, "Today I Started Loving You Again". What I got out of it was a lot of bitching (women) or body drooling (men).

So, obviously, the highlight of my CMA video recap was this:


(FYI - Kenny Chesney in the audience - cheer up! Garth and Trisha are having fun!)

So, this guy, Chris Stapleton, is, I guess, the new phenom. I could say, Johnny Paycheck, Charlie Rich, et al. But that would date me, I suppose. This also is not country, but it's better. I don't hate it. Maybe country has a future after all.

Not that it's going to turn me into a new country fanatic. Nashville is going to need to do better than that. But still:


This might spur "singers" to actually "sing". If for no other reason than the bottom dollar. I do like, however, that somebody, somewhere, has a modicum of music pride.

But ask me about the 1970 CMA's, or even the 1973's. I could regale you forever. But those recaps would actually feature "singing".