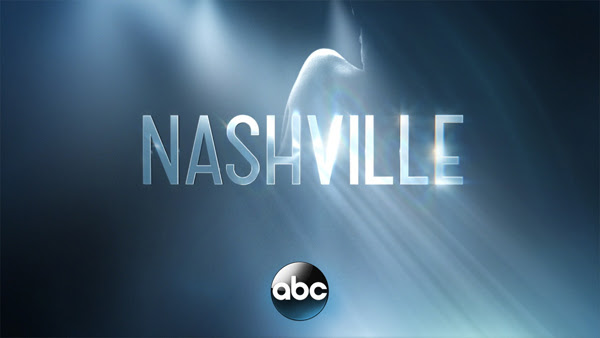 Rumor has it that Nashville might be in its final season. That rather sucks, because it's one of the few (very few) shows I watch. I began DVR'ing The Grinder until I realized it was, sadly, boring. I like John Stamos, so I decided to record Grandfathered, but I found I never watched it, so I stopped. I still record Big Bang, even knowing that that ship has sailed. I watch it if I get time; otherwise - eh. American Masters is all reruns currently, so it does record, but I delete the latest episode because I've already seen it.

I need a good soap. I have a vast history with shows that weren't touted as soaps, but really were. Shoot, St. Elsewhere was a soap, if we boil it down. I loved that show.  Anything episodic, to me, is a soap. "Soap" means you can't wait to see what happens next. That could encompass a lot of shows; not just The Young And The Restless.

It seems to me, though, that the writers of Nashville just kind of gave up. It's like they know the end is near, so they throw a bunch of crap at us viewers and say, take or leave it - we're polishing up our resumes for the next network opportunity.

They apparently don't know or care that we've invested time and heart in their stupid show and we don't want to be left with a denouement that essentially fizzles.

I mean, come on! You're in your third season! I could see if it was season eight. Sure, nobody cares then - just ask the Big Bang people.

I realized at the start of this season that music was being shoved into the coat closet. Nobody cares! (apparently). What little music the show features is crumpled refuse - except for the song that Audrey Peeples did on this week's episode, which has no YouTube video, because again, nobody apparently gives a damn.

Let's be clear, producers: If you don't care, why do you want us to care? Muster some self-respect, honestly!

And let's just say that I always liked Jeff Fordham, even though I never got past the fact that the actor, Oliver Hudson, is Goldie Hawn's kid. I don't think they should have killed off his character. I don't know the behind-the-scenes stuff -- maybe he had a movie offer or something. Nevertheless, the show got rid of an interesting character who wasn't all gooey toothache sugar (and I'm talking about the guys here -- Come on! Be guys!)

I'm bored with the whole Juliette Barnes arc. It was interesting for awhile, but now that she's going to rehab, we're supposed to like her again? She's actually an asshole. And all twelve of the steps won't change that. Avery should run like hell. And shield his kid.

If you didn't see it coming, I could have foretold -- Rayna and Deacon together makes for one boring-ass storyline. The Rayna character always was a blank sheet of paper. Deacon, at least, was interesting -- away from her.

I never liked Scarlett and I still find her whiny and impossible to understand, with her Aussie-fake-Mississippi "accent". Gunnar used to be somewhat interesting, but now he's become a non-guy, like the rest of them who haven't yet been killed off.

So, let's just say the "soap" isn't too bubbly for me anymore. Oh, I'll keep watching. I don't like to leave things unfinished.

One thing I will point out for those who are not in the know: Deacon's sponsor? The one whose bar he bought into and renamed The Beverly (sorry, but that name is awful) - Well, Mark Collie used to be a real country star. Here's proof: