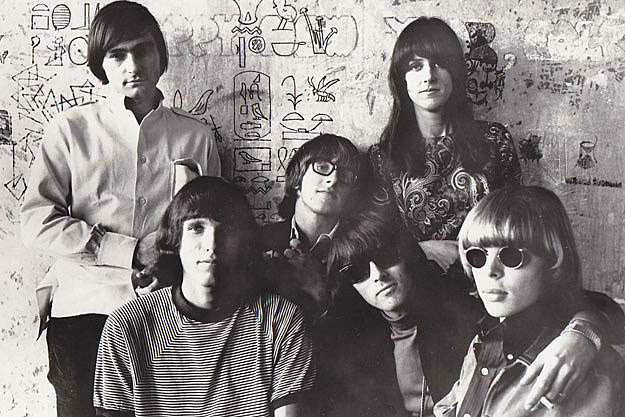 I missed the "Love Generation".

I was only twelve years old in 1967, and I was pretty enamored with "She'd Rather Be With Me" by the Turtles and "The Letter" by the Box Tops.

Sure, I saw the whole Haight-Ashbury thing unfolding on TV, but I didn't get it and didn't really want to. It just didn't seem like music to me. Music (to my childish ears) was supposed to have a melody and at a minimum, rudimentary lyrics that made a modicum of sense. The sixties were...odd. Big, orange flowers were a "thing", and paisley non-matching pants and fur vests and absurdly-long false eyelashes were groovy. Guys on acid, I'm sure, found the lyrics of bands like Jefferson Airplane profound; mind-expanding. In reality, in the cold grey of morning, they were inane. Not that it mattered.

In the long spanse of decades, though, I "sort of" gained an appreciation for the band. Grace Slick is a phenomenal singer. Imagine if she'd had good material to work with!

And Paul Kantner was a co-founding member of the group.

Mr. Kantner came to be seen as the intellectual spokesman for the group, with an ideology, reflected in his songs, that combined anarchic politics, an enthusiasm for mind-expansion through LSD and science-fiction utopianism. (Source)

In a lot of online polls, a song by the then "Jefferson Starship" is considered the worst rock song of all time. Funny, because that's the time that I actually got on board with the band. Sure, the song is cheesy, but it's not, at least, and endless jam, a la the Grateful Dead.

That song is thus:


On a side note, watching this video with the sound off is hilarious. But it was the eighties, after all. We accepted lot of stuff that, in hindsight, was sadly, cheesy.

I realized, as I was tripping down memory lane tonight, that I am the wrong person to commemorate Paul Kantner. I sure didn't mean this post to be disrespectful. He was a musician and a songwriter. Just because I was not the target audience of Jefferson Airplane doesn't negate the group's importance in the pantheon of rock and roll. It's not them; it's me.

But I'm trying to.

Why didn't I write anything about David Bowie? Because I can't fake it. I understand he was a legend and that people on all points of the earth are mourning his passing. I acknowledge that. I feel for their grief.  But he was not a part of my musical world. I frankly only have a hazy picture in my mind of who the man was. In the seventies, my musical tastes were cloistered. I refused to even listen to the Eagles, for God's sake, because they weren't "country". I was wrong about a lot of things in the seventies, but I was young and cocksure in my beliefs. I'm sorry I missed that chunk of pop history.  I probably would have liked it if I'd given it a glance.