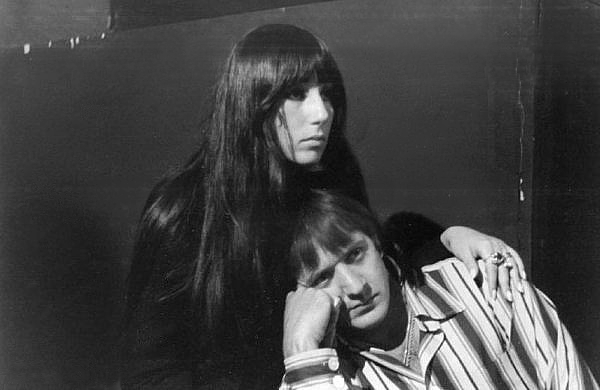 My husband seems to think that 1966 was the nadir of music, but my feeling is that the "best" music is tucked inside the recesses of one's brain. I remember 1964 and 1965 more than 1966. That may be because sixty-six was a rather traumatic year for me, or maybe because I am right.

Thus, I've decided to find out.

Let's stipulate that there are awesome songs and songs that reek in any given year. I'm not going to try to tip the balance in one direction or the other. I'm relying on Billboard to tell me what people were listening to in nineteen sixty-six, because, shoot, I was eleven years old! How good do you think my memory is?

Disclaimer:  We all romanticize the past. Maybe we do that because the present rather sucks. But it's true we remember the good and conveniently forget the awful. Billboard is here to set me straight. Billboard doesn't lie.

In perusing Billboard's chart of the Year-End Hot 100 from 1966, I find that, yes, there were some excellent songs -- songs that jog my memory (in a good way) and songs that I, sadly, didn't glom onto until a few years later. Not sure why that is. Musical tastes mature? I'm always partial to the songs that bring me back to a time and a place. This one does:

John Sebastian is more than "Welcome Back Kotter". And then there's Zal Yanovsky. I don't think any musician in any band has been as joyful as Zal was.

I saw Johnny Rivers in concert a few years ago, in an intimate setting. Trust me, he is superb. Still. Even in 1966 I was enamored of this artist. The "Live At The Whisky A Go Go" album is classic (even if they didn't know how to spell "whiskey"). It's rare that a live album latches on to one's memory, but this one most definitely did.


As I recap 1966, I'm struck by the number of soon-to-be legends who appeared around that time. I'm told that this guy still packs them in -- at age 75! Yea, that's right. All you hip-hoppers out there and you musically-deficient pop artists, take heed. And I knew him when (well, I actually didn't know him personally, but his music...)

Jann Wenner is a jerk. Just induct Neil into the hall of fame already. What is it, some kind of personal vendetta? Moron.


No, I didn't forget those four guys. Yea, they were a thing in 1966. A THING. THE thing. I was there; I know. Oh, and yes, I had this single. I couldn't afford albums - hello? A single in itself cost a buck. I was a kid! I didn't have a job! On the plus side, at least with the Beatles, one got two great songs for the price of one (Day Tripper was the B side...or was it the A side...doesn't matter now.)

Here we see the dichotomy -- earnest Paul; smart-ass John. I like John:


I also had this next single. Remember Donovan? No? Well, here's the deal...Donovan was on some potent stuff, obviously. He helped to usher in the Summer of Love. The Summer of Love was a time when anybody could record whatever the F they wanted and fellow flower brains would swoon, "That's heavy, man!" In actuality, none of it made any sense. I still liked the song, though.


I loved the Beach Boys. I never loved them more than when they released "California Girls". But that was 1965. By 1966, they were already rehashing old songs (before Brian waddled downstairs in his terrycloth robe and commenced to creating Pet Sounds). This hit from '66 proves that you only need about five words to make a hit song, as long as those words are sung with nice harmonies:


Remember when instrumentals could become hits? You would have needed to be alive and cognizant in the nineteen seventies to remember that. But trust me, in the sixties it wasn't an alien concept...at all.

The Sufaris only had one hit, but that hit is played in every tavern in every town on every Saturday night. And people get up and dance to it...The Frug or The Jerk or whatever variation of "dancing" they choose. I personally am a mean Jerk dancer.

Sorry for the Frankie and Annette intro, but it was the best video I could find:


Obviously, this only scratches the surface of 1966; like a phonograph needle scratching the hell out of my precious 45's.

There is more to come. This was mostly the best. Let's dig in the dirt to uncover the worst.