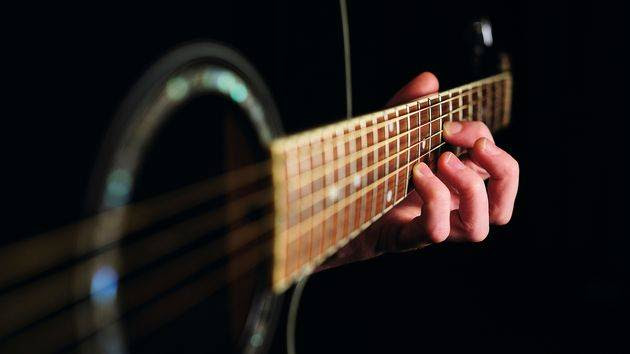 When I was a kid, all music was new -- new and exciting. Every song, no matter how old, was new to me; a new discovery; a new coin of knowledge to tuck in my pocket. I didn't know I was studying music; I thought I was simply inhaling it. I don't have any means of comparison, so for all I know, every kid was like me -- every kid scoured the 45 label and memorized the songwriters' names that were printed in parenthesis below the title (they always seemed to be compound writers then:  (Brown - McGee). Rarely was the artist on the record also listed as the writer. Maybe every kid imprinted the label's logo on their brain; the yellow and black Bang emblem, the orange and yellow swirl of Capitol, the blue sky of Motown. 45-RPM records were cradled in our hands like they were spun silver. I never once broke one -- I chipped a few, but I still managed to get them to play -- doggedness could form miracles.

I don't remember the last time any music felt new. If I was to guess, I'd say it's been about ten years. The last song I remember falling in love with was "Come On, Joe" from one of George Strait's albums. So now music is all memory -- a circle that's closing. Sometimes that makes me sad, but life is busy with daily stressors and a clock with hands that whirl around fast like on one of those old campy TV shows that wants to show that time has passed so it can segue into the next scene. I don't listen to the radio unless it's songs from the sixties or eighties or unless it's political news. I don't know new country and I frankly don't want to. I sampled it a bit, enough to know that it's gross and irritating. I dabbled in Texas country a bit many years ago -- some of it was good, yet obscure. Now when I'm working, I don't mix music with drudgery. It would feel like I'm disrespecting the music. It's bad enough that I have to endure eight-hour pain; it wouldn't be fair to subject something as pure as music to that bad karma.

Which brings me to tonight.

We have a Sirius Music subscription that allows me to also listen on my phone. So, naturally, I dialed the app to Eighties Country. It's a quintessential human condition to only remember the good. Funny how reality isn't exactly a match for our soft reminiscences.

I've been listening for a couple of hours now, and what have I learned? Well, Garth was everywhere, for good or bad (mostly bad). Here are some others who rocked the Sirius eighties jukebox: Martina McBride, Sawyer Brown, Brooks and Dunn, Alan Jackson, Shenandoah, Diamond Rio, The Judds, Alabama, Trisha Yearwood.

But funny how I completely blanked out Garth. Garth, the hugest country artist of all time.

Also funny how Sirius has, in the past (now) three hours only played one George Strait song, but three Alabama songs. Really? Sirius folks, are you familiar with the eighties?

My memory has apparently weeded out the bad songs and only retained the good. That rather eases my mind. I'm not fixated on "Achy Breaky Heart".

Overall, however, it's been a fun evening. I like to be taken back to a time in my life when music meant so much.

Oh no -- now they're playing Sylvia.

I should start my own podcast -- the worst country songs and artists of all time. I wonder if it would catch on.

Time for bed. I wonder if I'll dream about a black 45 with a bold red line and the word "MUSICOR" emblazoned on it.