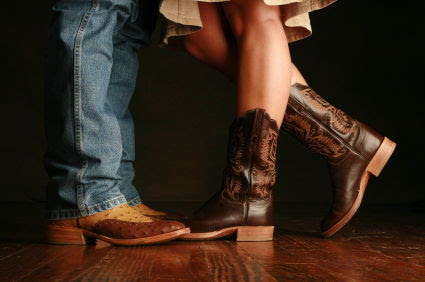 I don't know if country bars even exist anymore -- I mean the old-fashioned kind -- a live band, a little sawdust on the floor. Sure, I know about Billy Bob's, which is apparently akin to a gigantic convention center, but I'm talking about local watering holes that are a bit more intimate.

There was a time when I and my then-partner visited our hometown nightclub, the Dakota Lounge, every Saturday night. It was a way to get out of the house, out of our rut, and practice our dance moves while discreetly blending in with the other (better) dancers. I wasn't much of a drinker -- three beers made me three sheets to the wind -- but I liked nursing a bottle of Miller Lite and observing while I waited for the band to start their set. The regulars showed up every weekend -- the tall faux cowboy wearing his black cowboy hat, nonchalantly leaning against the bar while scoping out the single ladies. The brunette female bartender who had a gaggle of guys clamoring for her attention, and not because she was a world-class drink mixer. Three girls at a table and the same one getting hit on for a dance to the juke box over and over, while her two friends tossed their heads and tossed off the slight. Fake cowboy inviting himself to the table where a blonde in a fringed western skirt sat pretending not to notice him. Fake cowboy excusing himself five minutes later and sidling back to the bar.

Inevitably there was a group of people (from work?) who got up and line danced to someone like Charlie Daniels. Non-regulars. Some groups were actually quite good; some were embarrassing. But it was all part of the (my) show. It was a diversion before the real music started. Line dancing wasn't the name of the game at the Dakota, nor was showing off in general. Line dancing was for those not in the know.

The Dakota displayed its roster of upcoming bands on a scrolling marquee and I made note of the weekends when my favorites would be playing. The bar booked regional and local bands and some of them were awesome -- Me And The Boys, The Back Behind The Barn Boys, Firehouse, and my favorite, Live N Kickin', a North Dakota band that was so good they landed a label deal in Nashville. Alas, it was the nineties and nothing blossomed from their debut single, but they were good.


There were certain songs, no matter the band, that had to be played. The Dakota's goal was to sell lots of drinks; the single boys' and girls' goals were to find comfort for the night. My goal was to dance without tripping over my feet or otherwise calling undue attention to myself.

Hence is my short list of the best two-stepping songs.


The ultimate (this one got 'em every time):


There was one song, immensely popular at the time, that was impossible to dance to. Trust me, I tried. A great song, but getting a bead on the beat was impossible. Know people who have no rhythm? That was me, trying to wrap my body around this song. I looked like a toddler having a temper tantrum.


Thus my primer on basic two-stepping. Pick any of the songs above (except Fishing In The Dark) and you can't go wrong. You, too, can be a faux cowboy!