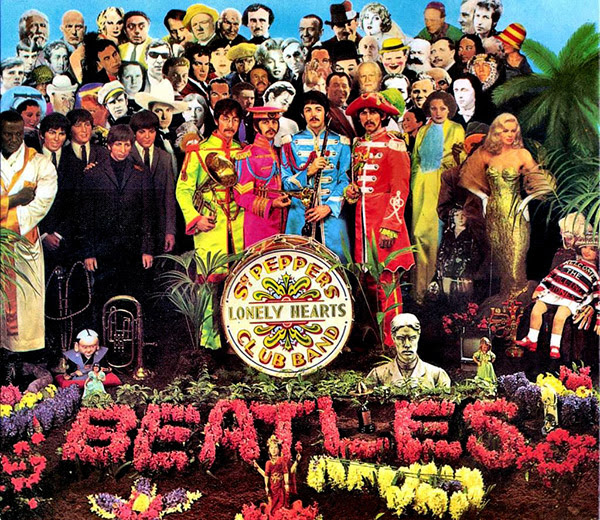 By 1968 my trauma had mostly passed. I was finishing the eighth grade, about to enter high school. I had a best friend. I began the year awkward and pimply, but began to metamorphose into kind of a cute girl, skinny with a dark red bob (and the ever-persistent bangs hiding my eyes). Staring into my bathroom mirror in the mornings, however, I was certain I was the most hideous creature on the face of the earth. I now had my own (private) room, away from judging eyes, so I sometimes carried my battery-powered record player into the bathroom with me as I applied dark eyeliner (with the upward swoop at the corners) and green eye shadow.

My new best friend was firmly ensconced in the bosom of country music and I was trying, really trying; but I wasn't yet ready to give up my lifelong rock 'n roll fix. I don't abandon old friends easily. However, what I'd always loved about rock/pop was that it was joyous. "Do You Believe In Magic?" Music wasn't joyous anymore. It was so, so serious. Granted, there was the odd novelty song, like "Yummy Yummy Yummy", but all the true artists were chronically depressed.

This was the number one song from 1968, and I'm not saying it went on too long, but well, yea, it did kind of go on too long. Catchy, though. Paul was known for writing catchy songs:

In 1968 instrumentals could still top the charts. That would soon end. What began with "Wipe Out" in the early sixties saw its zenith toward the end of the decade. There was Mason Williams with "Classical Gas" (an unfortunate title), and there was this one, that my dad really liked:

I preferred this, as it was more dramatic:

The Lemon Pipers is quite the hippie-ish name, isn't it? It doesn't mean anything. What's a lemon piper? Some kind of snake? In the sixties a lot of songs were written about tambourines. Honestly, though, how long would you stand around watching some guy beat a tambourine against his leg? I guess he could raise his arm in the air and shake it around theatrically, but still. Inexplicably, this was one of the top singles of 1968:

The 1910 Fruitgum Company is not a name one hears every day. I guess 1968 had to include some tunes for the pre-teens, too; not just songs for the angsty doom-and-gloom gluttons. I like this video because the band seems thoroughly embarrassed, as they should be, to be singing:

My dad's old juke box claimed a dusty corner of the garage. He'd since upgraded his bar to a rainbow-splashed Wurlitzer. We kids loved that juke box (or maybe it was just me). We (or I) played this record a lot:

My older brother attended National Guard camp for two weeks each summer. He'd enlisted in the Guard to avoid the draft. Viet Nam played on every boy's mind in 1968. Nobody wanted to go. They would do whatever it took to not get bundled onto that plane. My brother had gotten married in 1967, but that was no out. Nixon was taking anyone and everyone...to fight a war that killed thousands of American kids for no Godly reason. The war was something most of us didn't even think about, because it had droned on and on, on our TV screens for what seemed like forever. We became inured of the killing and maiming. Viet Nam was a fact of life. Of course, we were kids, so we didn't really understand.

My sister-in-law asked me to stay with her while my brother was at Guard camp, so we doubled up in her bed. I wasn't used to actually living in a town, so I made the most of my freedom during the day, strolling downtown to Dahmer's Music and making pilgrimages to St. Joe's Catholic Church (I was pseudo-religious at age thirteen). One night, my sister-in-law woke me up and said, "They're talking about Kennedy being shot. I thought at first they meant John Kennedy, but it's not...it's Robert!" In the middle of the night, I had no comprehensible words, but the two of us stayed awake for a couple of hours, listening to the news coverage.

This song kind of sums up that summer for me:

Tommy James was a writer of creepy pop songs. Not creepy as in, a slasher hiding around the corner, but creepy as in, who likes this stuff? "You put your arms around me and we tumble to the ground and then you say..." He did write one song, though, that will live forever at wedding dances and corner taverns across the USA. I can't put my finger on what it has, but it has something. A good beat? Repetition? The fact that the crowd can willy-nilly change the lyrics to something mildly obscene? You be the judge:

Another oddity of 1967-68 was the big balladeer. Gary Puckett had five Top 100 tracks in 1968. Five! Gary recorded smarmy songs that were all surreptitiously about sex, which at age thirteen I was a bit uncomfortable with. I guess it was music to have affairs by...or something. I was an innocent -- more kid than woman. So, while Gary was a great singer, his songs, to me, were a bit disturbing:

You and I both know that you haven't heard this next song enough; not enough on TV commercials; not enough on sixties documentaries. So as a public service, I give you Steppenwolf:

The Grass Roots don't get the credit they deserve. Theirs was the first rock concert I ever attended. "Let's Live For Today" is a classic. I bought the group's greatest hits LP. I guess it's not cool to like the band. If it wasn't for The Office and Creed, no one would've given the group a second thought. Music fans can be snobs. The Grass Roots had a top single in '68 (and yes, that's Creed on the left):

It may have been network TV -- the big three networks were kind of lost when it came to rock and roll -- but they had variety shows to produce and they did want the "youngsters" to watch. Well, what choice did we have? Cable? Is that the cord that connects the television to the outlet? Five minutes to midnight, after George Gobel's comedy routine and Johnny's visit with Joan Embery from the San Diego Zoo, HERE ARE THE YOUNG RASCALS! It was a struggle to stay awake that long! And Dean Martin didn't want anything too "out there" for his boozy variety show. Flip Wilson had to throw in the random musical act to attract "the kids".  Voila! Tom Jones!


I had by this time dipped a toe in country music. I wasn't fully convinced, but I gave it my all. Unlike rock and roll, which my marrow had been steeped in for twelve-going-on-thirteen years, country music took some serious study to learn. I knew the basics -- "Heartaches By The Number" and "Tiger By The Tail", thanks to Mom and Dad; but honestly, I found a lot of country to be rather corny. It seems strange now that country music seemed so strange. Country long ago seeped into my bones and now it's wholly natural. Of course, I lived in the rock and roll realm for twelve years and the country world for about forty, so, yes, country is natural. Thanks, Alice.

Even if one wanted to avoid country all together, they could not escape the dreaded crossover hit. The crossover didn't do much to redeem the reputation of country music, because the singles that crossed over were an amalgam of pop and strings and a vocalist with a southern accent, a la Glen Campbell. "What the hell is this 'By The Time I Get To Phoenix' shit?" everybody would exclaim. My thought was, either be rock or be country. Make a decision.

Which leads me to Tom T. Hall. I was unaware at the time that Tom T. Hall was a revered songwriter in Nashville. He had something unique -- and that was, he wrote songs that had no choruses. Now, generally, a song should have verses, a chorus, and ideally a bridge. Tom was having none of that. And that's why his songs, to this day, are like dirges. A songwriter needs to change things up a bit, which is where a chorus comes in. Otherwise, they go like this:

...for the whole damn song!

Of course, the one country song that would cross over in 1968 was a Tom T. Hall creation, recorded by Jeannie C. Riley (there's something odd about all the middle initials, but I won't try to psycho-analyze). If it wasn't for the dobro, this recording would be even more banal than it already is.

I remember this next single was a hit in the winter. I don't know why I remember that, but people's brains are wired to remember inconsequential things, like this one dessert I used to make all the time in the seventies, that had a Ritz Cracker crust and Cool Whip and chocolate pudding (it's better than it sounds).

John Fred and His Playboy Band apparently sat down one night, stoned, and wrote these immortal words:

But the strangest recording to become a hit song in 1968 and possibly, ever, was done by an actor who, honestly, couldn't sing. The song was written by good old Jimmy Webb, who brought us "By The Time I Get To Phoenix", among other disasters. Jimmy Webb gets lots of acclaim for being the quintessential songwriter, and he even wrote a book about songwriting. Don't be fooled.

Unlike Tom T. Hall's compositions, this next song actually had a chorus. And it's catchy. The Cowsills were the real-life version of The Partridge Family. Of course, one could never release a single called, "Indian Lake" today. But you'll find yourself singing along. That's what good pop songs do:

I've essentially exhausted the top hits from 1968. My memories of the year consist of snow, more snow, piles of snow. Being dropped off by the bus and slopping through the mounds of snow in my mini-dress and "fashionable" black rubber boots. Twisting the telephone cord as far into the hallway as it would reach, so as to conduct a private phone conversation after school about....nothing, really. Flicking through my homework; not giving a damn about things like math that made absolutely no sense. Chewing on my pencil, writing down answers to history questions in my blue spiral notebook. Drawing doodles in the margins. Wondering how any of this was of any importance to anyone at any time.

I wanted to go out with a bang and sum up the year. Scanning the Top 100, the year wasn't all that great, in hindsight.

So, I chose this one: