How Does One Pick The Best Country Album?

"Best Of" lists are so subjective. I read them with a heavy shake of salt. Honestly, I read them to find out how wrong they are -- in my opinion. That's the thing; it's simply opinion. My list of the all-time best TV shows will be different from yours. Wildly different. And I don't even know if I could pick the all-time best TV shows. That stream is fluid. My husband and I just finished watching a series on DVD that I would now rank in my top five. And we're watching one now on Netflix that's pretty damn good.

Music is a bit different. One can discount current music. And I'm guessing any new music won't crack the Top 100. So, we take a backward glance. But here's the thing; music is emotional. My life experience is my own. Albums that mean something to me, others would say, "huh?" You had to be there. And you weren't. I wasn't living your life, either. See?

Nevertheless, with hindsight I can weed out emotion and be objective; brutally objective. I'm frankly hard to please, music-wise.

Country albums weren't even a "thing" until sometime in the seventies. Oh, there were country albums, but they were vehicles to support a hit single. The modus operandi of the records producers was to slap the big single on track one and fill up the rest of the disc space with cover versions of other artists' songs. Thus, we had Tammy singing D-I-V-O-R-C-E followed by her versions of Rose Garden and Don't Come Home a-Drinkin'.

Even in the seventies country albums were mostly duds. I will say right now that the following are not the best country albums of all time, despite what Rolling Stone Magazine (a real authority on country) says: "Wanted! The Outlaws", "Red Headed Stranger", "Will The Circle Be Unbroken". The Outlaws was a disjointed accumulation of outtakes by various artists slapped together with a sepia-toned wanted poster on the cover. There was no cohesion. It would be like putting a Dean Martin lounge song next to a Reba McEntire ballad side-by-side with a discarded Led Zeppelin track and calling it, "Wanted! A Bunch of People Who Have Nothing In Common". Red Headed Stranger had one decent song, but it was "edgy" in an East Texas version of edgy, which meant "acoustic".  Will The Circle Be Unbroken was a collection of old-time songs featuring instruments like dulcimers and banjos -- a purer version of Oh Brother, Where Art Thou, only without a heart-stirring track like "Man of Constant Sorrow".

This site recently published a list of the Top 100 Country Albums of All Time. I give them kudos for making an honest effort. The list is a bit top-heavy with current albums, but the thing is, one can't rank a current album as one of the best of all time. You gotta give it a couple of decades to breathe. Ten or twenty years to settle into its slot on the shelf next to Merle and George and see if it continues to claim its spot or if it goes into the garage sale pile for 25 cents. (I've got tons of 25-cent CD's; trust me.)

This list also gave "Coat of Many Colors" the number one spot. I never bought that album. I looked at the track listing in the store, and decided to save my six dollars and ninety-nine cents. I probably bought an Eddie Rabbitt album instead and never looked back.

Some on the list I will grant were exquisite albums, but only a few; pitiably few.

So my primer, if you want to sample the greats:

No live performance, naturally. It was an album cut, after all, but here's a sampling:


I didn't know who the heck Rodney Crowell was in 1988. But it was kind of like when I discovered Foster and Lloyd. I didn't know them, but I knew good music. I liked country music, just a bit updated from the lackadaisical Hank Williams sound of the fifties. I liked the bones of country; I just needed a bit more drum, a bit more bass. "Diamonds and Dirt" was country.


Dwight Yoakam is...really something. It's almost a badge of honor that the Nashville establishment has never recognized him with an award. Dwight is too cool for those dudes. After spending most of the nineties listening to Hall and Oates (who I still love) and Huey Lewis and the News (who I still love), and various MTV stars, when I decided to give country one more try, it was George and Dwight who informed me what I had been missing. "Guitars, Cadillacs" was a revelation. This is most likely my favorite Dwight album: 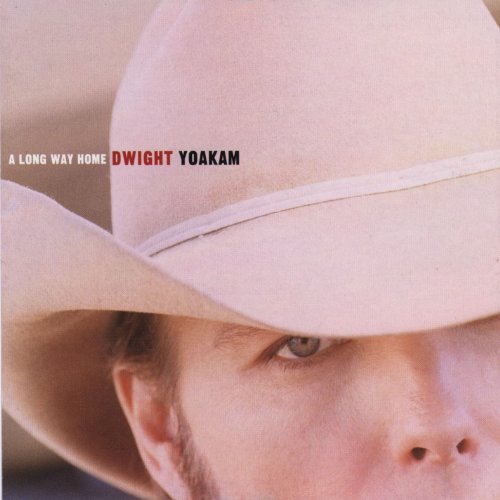 In hindsight, some of the best years for country music were the mid-eighties (right after I'd abandoned it, naturally). "If you love something, set it free", apparently. That was a time when "Vocal Group" at the CMA's actually meant something. We had Restless Heart, Diamond Rio, Nitty Gritty, Highway 101, to name a few. We had the Judds. Rosanne Cash, Patty Loveless, Kathy Mattea. Clint Black, Vince Gill, Ricky Van Shelton, Earl Thomas Conley, Mark Chesnutt. I'm lonesome just thinking about those artists and those times.

1986 was pretty damn good for classic albums. "Classic" is one thing; "Best of" is a category all its own. I sometimes repeat anecdotes here, but these two tales are so ironic, they bear repeating:

My mom and dad, in their naivete, their lack of country music sophistication, slipped one of those VHS tapes into their VCR one Friday night when I'd brought my kids over. Some country wannabe in a Stetson was crooning into the mic. I tossed my hand and sauntered into the kitchen for a cup of coffee. This guy was certainly no Merle Haggard. My ear caught the whine of the steel guitar and the crunch of twin fiddles, however, and I granted (silently) that this music sounded pretty good. I walked back to the living room and plopped on the sofa. "Who's this guy?" I asked, feigning boredom. "George Strait", my mom said. "Straight", I murmured, committing the name to memory. I told myself I should check out this Straight guy next time I stopped at the mall.

Flash forward a couple of years and Mom called and asked me if I wanted to see this guy Randy Travis in concert. "I'll get enough tickets for all of us," she said. "Noooo, not really," I replied. Who was Randy Travis? Apparently another one of those "new country" artists. I couldn't stand sitting through a concert of yet another dude who pretended to be "authentic". Mom was either in a mood to educate me or wanted to promote some family togetherness, so she didn't give up. "He's really good", she said. I'd dedicated too many years waiting for country music to get good again. Country music was Charly McClain and Crystal Gayle and Alabama, who I'd seen in concert 2,100 times because they toured relentlessly. Country music was Charley Pride re-recording bad pop songs, Louise Mandrell recording a country version of "Reunited" with her husband. Country music was snatching icky pop songs from the charts and adding a touch of steel guitar in the hope that they wouldn't sound as bad as they really were. There obviously weren't any country songwriters anymore. Merle was drowning in cocaine, having a fling with Dolly; trying to stave off time.

I sighed heavily into the receiver."Okay," I surrendered. Another wasted evening, when I could be home watching MTV videos dance across my screen.

The lights went down and this Randy dude walked out wearing a white suit. I stared down at my bag of popcorn and clapped apathetically. I told myself to grow up and pretend like I was having fun. Mom and Dad sure were. Even my sister seemed excited. The dude in white launched into some song about bones; a trite uptempo number. Sure, he had a good voice. I wasn't enamored with his contrived pacing across the stage, mic in hand; but his act was far better than Hank Williams, Jr's, whose concert I had walked out on a couple of years before. I'd seen my share of bad concerts -- my hometown was small enough that one had to take her entertainment where she could find it. My enormous music ego slipped a bit and I began enjoying this new guy.

Then he launched into this:

Okay, that did it. I dropped my popcorn bag into my lap and applauded furiously. I might have even hooted.

The moral of these stories is, always listen to your mom and dad.

Which, after a long, meandering road, leads me to another of the best country albums of all time, "Storms of Life":

I'm gonna throw in an album that doesn't get the renown it deserves. What CD's would you take on a road trip? Let's say you could only pick five. Hmmm, it's not easy, is it? This would be one of mine: There were so many great songs on this album, but unfortunately a dearth of live videos. I did see the NGDB in concert. They were on one of those free stages at a festival and they were awesome. One of the guys even played the accordion! This album captures NGDB at their best, "Fishin' In The Dark" not withstanding.

The best country albums of all time didn't spring to life only in the eighties. Just most of them.