1983 Was Not A Red-Letter Year In Country Music 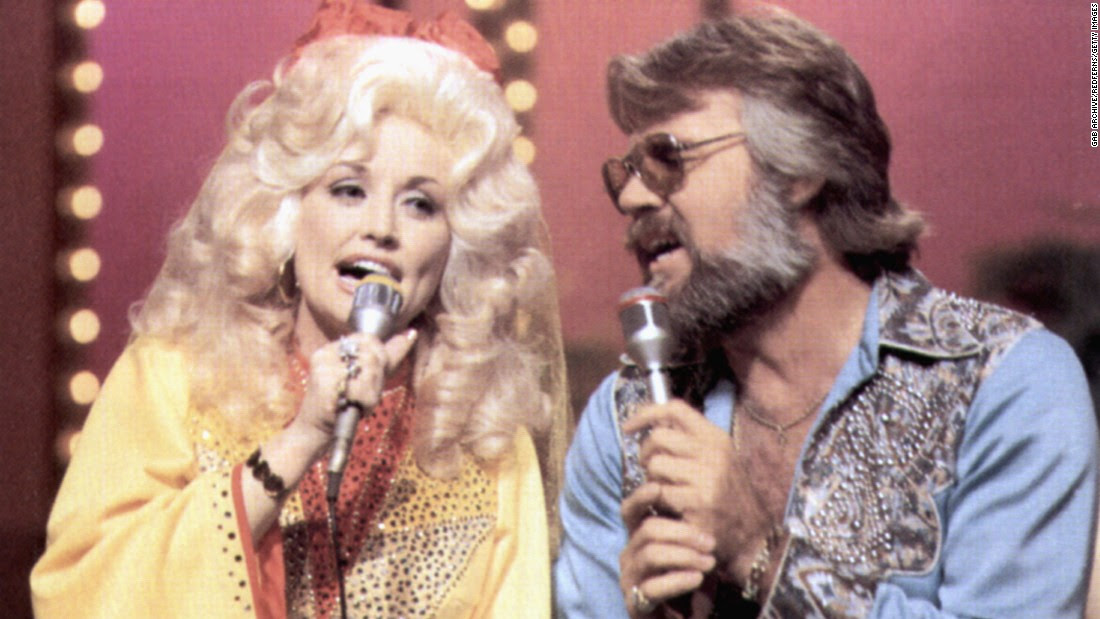 In 1983 I was still driving my '76 Chevy Malibu. I liked it. It fit. It was also the first brand-new car I'd ever owned, so I felt like I had moved up in the world. I'd graduated from a used powder blue 1966 Chevrolet Impala to a they-saw-me-coming '74 Chevy Vega hatchback with the hue and texture of a can of Campbell's Cream of Tomato soup. Each of those cars had cost a couple hundred dollars at the most; the Malibu I had to finance! Sign papers for! The Malibu had a sometimes-it-works air conditioning system and tan folding faux leather seats. It was perfect, and it wasn't orange!

I didn't have far to travel in my tiny town -- my longest drive was north along Ninth Street to Mom and Dad's house; a fifteen-minute cruise if the stoplights didn't hit just right. I visited Mom and Dad a lot on sunny afternoons  -- my kids were in elementary school and I worked second shift. My days were free and Dad and Mom were my tether. Easing the Malibu into their driveway and spying Dad bent over in the front yard, yanking weeds from the flower bed, felt like home, even though I'd never ever lived in that house. I knew Mom would be upstairs in the kitchen, running a damp rag across the counter top, checking the Mr. Coffee to determine if it'd stopped dripping. I'd pull out a chair from the dining room table and Mom would offer me coffee and a slice of pie and we'd talk about nothing much. Dad would broach the stairs, swiping a handkerchief across his brow; pour himself a cup and ease his butt into an adjoining seat. I have no recollection of what those conversations entailed, but I remember that when I turned to go home, I always felt better -- stronger somehow.

Music was in the doldrums. I was on the verge of giving up on country, and soon I would. Shelly West was still basking in the after-glow of the Urban Cowboy fad and Crystal Gayle was a novelty, famous for her ridiculously long hair and the fact that she was Loretta Lynn's little sister. Sylvia was a producer's creation -- another try at Chet's Nashville Sound that was a long-time gone and hardly lamented. Alabama was still hanging around, as they were wont to do. Merle was on a down-slide; Charley Pride was still grasping onto the tattered shreds of his once-red-hot career. Even the artists I loved, like Ronnie Milsap and the Oaks, were looking at their careers in the rear-view mirror. John Conlee had exhausted his one big hit. Much like the late sixties, producers paired male and female voices, but the result was pop pap; as opposed to "After The Fire Is Gone". Country was lost and needed someone to save it. That someone hadn't yet ridden over the horizon.

Still, like any year in music, there were gems.

Alabama was on it's next-to-last gasp:


I think the first time I became aware of the Oak Ridge Boys was when they recorded Rodney Crowell's "Leavin' Louisiana In The Broad Daylight". Then I did a bit of digging and found that they were once a gospel band. As a Midwesterner, I was oblivious to gospel music. Alice and I, though, had seen the Statesmen as an opening act at one of the many country concerts we'd attended, and we'd gotten on board. The deep bass voice, the tenor, and the harmony parts had roped us in. The call and response.

For a time, country gospel became our new obsession. Of course, we were fourteen, so everything to us was brand new.

That history cemented my love for the Oak Ridge Boys, who had this hit song in 1983:

Along about July, a couple of old hands rode to the rescue:

Along about 1979, I talked Mom into attending an indoor rodeo with me. I told her that a new country artist would be performing in between the barrel racing and the calf roping. In the west, rodeos were not considered weird or corny. I'd been to lots of rodeos -- I was familiar with the eight-second rule for bull riders. It's not so much that I was a rodeo fan, but that live entertainment was sorely lacking in our town. We went to whatever the box office put forth. I was, however, enamored with Reba McEntire and had never seen her in person, so....

Later, I would resent Reba for unnaturally expanding the boundaries of what could be called "country". She took advantage of her fame. She loved on-stage costume changes and male background dancers. But she was country once, and I'm happy I could introduce Mom to her voice.

The Number Eighty-Seven song of the year flew past me, because I'd by then long abandoned country music (as it had abandoned me).  It's funny how life works. Eighty-seven? Truly? This song rests firmly within my top twenty country songs of all time, and it only reached eighty-seven on the charts? Country fans needed a firm shake. (And speaking of rodeos):

The truth, though, sad as it may be, is that on my drive up Ninth Street to Mom and Dad's, with the seventeen-story Capitol Building casting its shadow across my sun visor, is that THIS is the song that 1983 will be remembered for.

I remember that drive, and that day, so succinctly. I remember muttering to myself, "If I hear this song one more time, I'm going to stab my radio with a serrated carving knife."

Funny how time works. The song doesn't seem so bad now, thirty-four years after the fact.