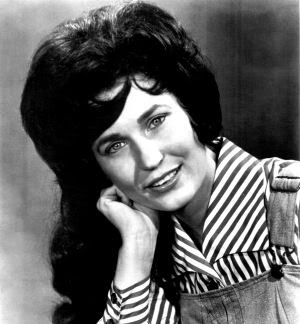 From the age of thirteen, when I took the deep dive into country music; which, honestly, I never would have done if not for my new best friend, I faced the quizzical, derisive expressions of anyone who ever asked me what kind of music I listened to -- if I chose to respond honestly. The truth was, I was kind of embarrassed, too. If I replied "country", the other person would say, "You mean like 'Folsom Prison Blues'?" Okay, yea, "Folsom Prison Blues", because that's the only country song the other person had ever heard of. Truthfully, I never liked that song. More truthfully, I never liked Johnny Cash, except for "I Still Miss Someone" and "Ring Of Fire". But the general (ignorant) wisdom was that anyone who listened to country music must love the brum brubb-a brum brum of Johnny Cash and his three-piece band. Because country fans were steeped in corn.

Or they'd say, "I really like that song, 'By The Time I Get To Phoenix'." Okay. That's another track on my mental list of songs I never, ever wanted to hear again. That was not country music.

If I'd taken the time to tick off the list of artists I listened to, nobody would have known who they were, so I instead let people think I was a die-hard Johnny Cash fan. Nobody'd ever heard of Merle Haggard, Faron Young, Tammy Wynette, Lynn Anderson, Mel Tillis, Dolly Parton, Ray Price, Charley Pride, or Marty Robbins.

The truth, though I never shared it with anyone, was that I had excellent taste in country music. I understood it was an acquired taste -- shoot, even I had to acquire a taste for it. On first listen, yes, it was corny. The thing about country, though, was that it wasn't the crossover hits that defined it. The crossover hits were watered down to appeal to a wide audience. Thus, they weren't real country. The crossovers were an amalgam of treacly strings combined with a southern accent. The worst of two worlds.

Being a country fan was like being a rock fan in the sixties. You didn't want to claim songs like "Yummy Yummy Yummy" or "I'm Henry VIII, I Am", but they were part of your posse, so if you liked "Strawberry Fields", you were thus tarnished with the stench of "Young Girl" by Gary Puckett and the Union Gap. It came with the territory. It didn't matter how much you protested, if you were a rock fan, you liked "Honey" by Bobby Goldsboro. If you were a country fan...well...you liked "Honey" by Bobby Goldsboro (trust me, nobody ever anywhere liked that song).

I included a pic of Loretta Lynn in this post for a reason. She was (is) a really talented artist and certainly knew how to write hits, but her songs were the epitome of corn. And in them she always wanted to start a fight with someone. Loretta Lynn was another of the country stars, like Johnny Cash, that I didn't bond with.

When I was about eight years old, I went with my parents to see Loretta Lynn at Panther Hall in Fort Worth, Texas. It was an odd scene -- folks had to bring their own booze in with them -- the hall only served "mix" (7-UP or whatever other accompaniment one wanted with their cocktail). Dinner was served at long tables with white tablecloths. Patrons shared a table with approximately thirty strangers. The waiters came by to take our orders -- I probably ordered a hot dog or fish sticks -- if they were on the menu. I remember the waiter asking me what kind of dressing I wanted on my salad and I replied, "none". He asked, "No salad?" and I said, "No, no dressing.". Yes, I ate bare lettuce mingled with carrot slivers and radish slices. I was a pathologically picky eater.

Be that as it may, we saw Loretta Lynn and her band perform, I guess in between the garlic bread and the baked potato. Someone in our party (which consisted of my parents and my sister and brother-in-law) went up and got Loretta's autograph. They brought the signed photo back to the table and I remarked, "It looks like it says 'Buffalo Lynn'." Henceforth, Loretta would always be known as Buffalo Lynn to me.

Later I would discover "Blue Kentucky Girl" and wonder why Loretta never sang more songs like that; songs that were plaintive and not pugilistic.

The pugilistic side was what country fans had to try to (or try not to) explain to rubes who scratched their heads when we admitted that we listened to country music.

So, let's rip off the Band-Aid:


I wonder whatever happened to old Henson Cargill:

I really can't convey the number of times this next song was played on the radio. Somewhere in the dark recesses of the stratosphere, there is a little satellite bouncing around, streaming this track. And little aliens are exclaiming, "If I have to hear this song one more time, I'm going to slit the sinewed tendons that attach my arm to my hand".


I give Bobby Goldsboro a lot of (deserved) grief for his 1968 hit, but really, is it any worse than this?


Okay, I know you've been waiting:

Here are the songs I was actually listening to:


But really, no one would get it.