1986 In Country Music - A Renaissance 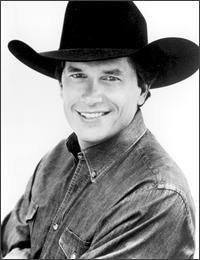 It's difficult to pinpoint exactly when country music "came back". I'd long been a sap for stone country -- give me a Ray Price two-step any day. That high harmony pierced my heart. Alas, Ray had surrendered sometime around 1970 to Chet Atkins' country-pop. Gone were the twin fiddles; here were the violins. Merle was always reliable, but even he eventually decided he wanted to do something a bit different. Then the pre-fab artists took over. Sylvia is probably a very good...writer, and while I have nothing against her personally, "your nobody called today" is like a pounding tension headache. And several artists continued to ride the shirttails of Urban Cowboy -- Mickey Gilley, Johnny Lee. It was a movie, people! The most enduring remnant of the Urban Cowboy soundtrack is "The Devil Went Down To Georgia", and that's not even Charlie Daniels' best song.

Along about 1981 a new revolutionary channel showed up. It was called MTV. No longer did I have to conjure musical scenarios in my head. They were all flayed out before me on my TV screen. An added plus -- the songs were actual music -- not rewarmed pop songs with a faint glaze of steel guitar or an album of duets starring the long-dead Jim Reeves and the latest country Pop Tart. Country had given up, so I gave up, too.

I think I was sitting behind the wheel in front of my kids' elementary school one nice fall day, rocking out to songs on Y93 when a track came on that I didn't really like, so, with time to kill, I twisted the dial on my radio to the country station just for kicks. I heard this:

Who the heck is this, I asked nobody (I was alone in my car, after all). My immediate thought was, I need to buy some country cassettes (yes, they were cassettes). Surprisingly (maybe because I didn't know who the heck had sung that song), the first cassette I bought was by the Sweethearts of the Rodeo.

Later, again on 12th Street, awaiting the school bell, I heard some guy on my new country station who sang real perrty, with a country cry in his voice (and he had fiddles and steel guitar!):

I had so much to catch up on!

There was this four-piece band consisting of names like Cactus and a twirling blonde lead singer who was (supposedly) from North Dakota, who could sing like nobody else.

Another band who'd bored the hell out of me with their "Mister Bojangles" had suddenly become as country as country could be:

This music was a revelation! It took my going away for it to replenish itself -- and it came back loud and country.

The very best ballad of 1986 has no live performance videos (I don't know whatever happened to Earl Thomas Conley), but dang!

From that point on I was hooked. And there would only be more good to come. Even today, in 2017, I am in love with Dwight and with George. I never quite gave up on my MTV -- I lived a dual musical existence. The eighties were awesome, musically.

There will never again be a time like it.