Still On The Line 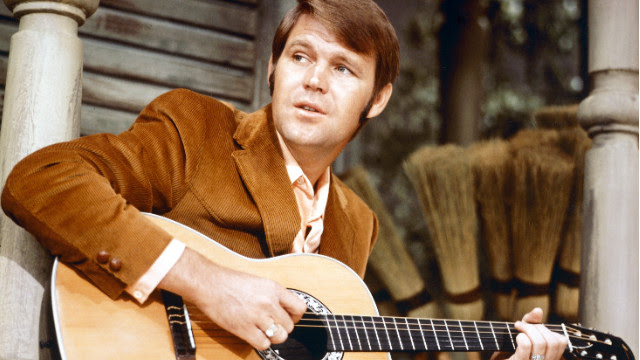 In the late sixties, FM radio suddenly appeared out of nowhere. It's hard to fathom now, but back then, AM radio ruled, static and all. AM radio was Top 40 -- if one waited a few brief minutes, she would be sure to hear "Kicks" by Paul Revere and the Raiders or even better, "The Letter" by the Box Tops. It was guaranteed. The Top Ten Countdown was the highlight of a preteen's Saturday night.

FM was "experimental". Sure, it had a nice deep bass sound, but no one knew quite what to do with it. Nobody was actually listening. Local disc jockeys, as was their wont, didn't particularly care for the genre of music they'd been hired to spin. Thus (since no one was listening anyway) the "country" DJ's chose to skirt the outer rims of country music. I was thirteen and ensconced in a closet-sized bedroom I shared with my little brother and sister, who were thankfully never there, so in the evenings I'd click the button on my newfangled AM/FM radio to the FM band and be subjected to "country" such as "Me and Paul" by a guy whose voice I hated -- Willie Nelson -- and to the sugary-sweet strings of "By The Time I Get To Phoenix"; one of the worst songs ever written (thanks, Jimmy Webb!). Because I despised that song so much, I developed a burning hatred for Glen Campbell. I refused to even admit to myself that "Wichita Lineman" and "Galveston" were tunes worthy of a cursory listen. I knew nothing of Glen Campbell, other than that he'd suddenly appeared out of nowhere and that he recorded crappy songs.  Honestly, hearing a Glen Campbell song caused me to grind my teeth.

Then he had that summer fill-in show for the Smothers Brothers. He was hokily earnest. "Hi!! I'm Glen CAMPBELL!" Well, yee-haw. His chubby cheeks had a rubish pink hue. He was far too enthusiastic for someone who could croon drivel like "By The Time I Get To Phoenix". Naturally, I watched the show. We had the Big Three networks; that's it. It was either watch the crumbs of "country" music or turn the TV off; and we couldn't turn the TV off -- we were children of the sixties, after all.

I begrudgingly admitted I liked this one (written by John Hartford):

It wasn't until decades later that I learned Glen had been a stellar member of the Wrecking Crew, and had played on all the sixties songs I worshiped.  Who knew? This guy? This geeky hayseed?

The sixties rolled on into the seventies. Glen Campbell turned into another "oldies" act in my mind. I'd moved on from my bunk-bedded bedroom and was all "grown up"; married and desperate for decent music that I scratched and clawed to unearth.  There were stories about Glen and Tanya Tucker. Tabloid stories. It was all tawdry -- the teenage country princess and the dirty old man. Glen was someone whose time had come and gone. It was the mid-seventies when this next single hit the airwaves. It was a curious song; sort of bittersweet, but possessed of a voice that conjured something deep in the recesses of my brain; a voice sweetly familiar:


Suddenly I was remembering things I liked about Glen Campbell, like this:


Then I forgot about him.

Life goes on and we get older. We shed the things that once mattered, because there are new things.

My dad died from Alzheimer's Disease in 2001. I lived miles away and I didn't see my dad except for that one last time when he was still speaking -- albeit to his imaginary friend -- but that was okay with me. I wish now that I'd had the chance to rub his arm when he was bedridden in the nursing home, at the end. He wouldn't have known me, but I would have known him. My dad didn't have any muscle-memory skills except the ability to speak French. He wasn't a guitar virtuoso. Learning that Glen Campbell had Alzheimer's hit me harder than I expected. I wanted to feel that the essence of Glen still remained, if only for a little while, so I bought "Ghost On The Canvas" and it made me cry, as I thought it would -- although the album was far better than the sorrow I wanted to wallow in.


If I could travel back in time, I would sit with my dad every day, for every one of his last days. I wouldn't care that he didn't know me -- I knew him. In the last dream I had of my dad, he was young - fifty-ish maybe; vigorous; traversing a long hallway wearing his ubiquitous short-sleeved white dress shirt, on his way to a hotel banquet room to find his friends and acquaintances. He passed right by me; didn't see me. I called out to him but he didn't even take a backward glance. My dad didn't have any backward glances at the end. There were no backward glances to take.

I watched the documentary, I'll Be Me, again the other night. I'll probably watch it again.

Oh, and by the way, thanks, Jimmy Webb. I actually do like these songs: