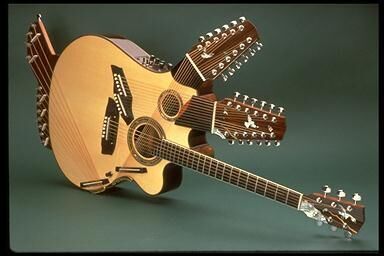 There's something to be said for weird songs. First of all, if done right, weird songs are memorable. It's a fine line between done right and done wrong. If an artist tries too hard to be strange, they just come across as lame and obvious. For example, Ray Stevens is primarily known for his novelty songs, which I rarely found humor in. It's a shame, because Ray Stevens is a highly underrated artist (when he does serious songs), but I guess he'd found his niche in kitsch.

The majority of weird songs were recorded by one-hit wonders -- because once you've done crazy, it's hard to recreate. Little kids love weird songs. The weirder the better. One has to have the mindset of a kid to understand that. Kids, once they become cognizant of music, either become ingrained in music by listening to the radio or by someone older's influence. In my case, the "someone older" was my big brother. My brother schooled me in music and essentially led me where he wanted me to go. He had superb taste in music. I discovered the Beatles from their radio hits, but it was my brother who bought "Rubber Soul" and "Help!" and showed me that albums could be magical things. He introduced me to Bob Dylan. I knew of the Beach Boys, but not the entirety of the Beach Boys. The first time I heard, "Oh, Pretty Woman" I was Roy Orbison's forever, but my brother had Roy's greatest hits and damn! The first LP I ever owned was a birthday present from my brother -- "If You Can Believe Your Eyes And Ears" by the Mamas and the Papas. So by around age nine, I knew what good music should sound like.

Then I heard a strange song on the radio. I thought it was hilarious -- well, I was eleven. The song was supremely weird -- not the way songs should go. This intrigued me. My best friend Cathy also thought it was awesome. That was an extra-added bonus, because we could sing (or talk) along to it when it came on the radio and giggle about it.

Since it was 1966, apparently we have no YouTube live performance videos of the song (and really, could it be performed live?)

The lines that cracked me up (at age eleven) were:

I cooked your food
I cleaned your house
And this is how
You pay me back
For all my kind
Unselfish loving deeds
Huh?

At my tender, impressionable age of thirteen, this next song became a hit. This one wasn't humorous. I was deeply ensconced in my Catholic religion at that time -- a reawakening of my faith or a love of ritual -- either way, my religious fervor was short-lasting. Nevertheless, I felt this song was how the devil would sound if he was to talk to me (he never actually did, that I know of).

The Crazy World of Arthur Brown:

By the seventies, I was more cynical -- probably too cynical for my age -- but there it was. I'd heard so much music by then, good and bad; sometimes awful, sometimes awesome; but mostly awful. I'd learned that there was nothing left to learn about music. Bear in mind, I'd probably been exposed to roughly 10,000 songs by that time, which was a pretty good record, since I was only in my twenties.

I was minimally aware of Glenn Miller's music; as much as I'd caught on some TV variety show or perhaps as background music -- Muzak -- or perhaps on a commercial. I've since learned a lot about Glenn Miller, but at that time of my life, it was just "old people's music", and I was disinterested.

A song began appearing on the radio. The melody was familiar, but this particular rendition was sung by chickens. Naturally, that caught my attention. It was goofy, sort of like "They're Coming To Take Me Away" was goofy and odd and chin-scratching. One had to ask oneself, "Why would chickens be singing this song?"


If I travel wa-a-a-y back in time, to my barely conscious musical awakening at age five, I would include this next song in the realm of weirdness. Little did I know that it was an iconic Bill Monroe bluegrass song. But this version is much more fun:

After the seventies and Ray Stevens, nobody really released weird records anymore. Everything became super-serious and important. The sixties were the nadir of weirdness. Too bad. We could use much more fun and more idiosyncrasy.

It's almost impossible to find fun anymore. It's like fun is a bad word. "The world is too dangerous to have fun."

Perhaps what's wrong with the world today is that nobody has any fun. Maybe that's why everyone is so surly. I don't know about you, but my world is surly. Surly at work -- everybody fighting for supremacy. Surly at home. Somebody didn't do something they were expected to do. We can't breathe.

"Fun" is frowned upon. Don't be silly! Damn you! What are you, some kind of moron?

Our muscles are taut. The stress hormones course and skip across our sinews.

God damn, people! Lighten up! The world is shorter than you think. Human existence won't end because you used a semi-colon instead of a comma in a sentence in an email!

I miss fun. I would have more of it if it was permissible.

And this is how you pay me back
For all my kind, unselfish loving deeds?