It's hard to remember a particular year until one is reminded of the cultural touchstones of the day. By June 1 of 1980, I'd begun my new "career" as a hospital worker. It doesn't sound fancy, but it was by far the best job I'd had in my whole nine years of working life. Once my youngest child was old enough for me to feel safe leaving him in the distracted hands of his father, I'd begun looking for second shift jobs.

Retail came first. Please be nice to retail workers -- they get shitty pay and have to park a mile away in order to leave the prime parking spots for actual customers. On moonless nights in North Dakota in January, it's a long cold walk at nine thirty p.m. Of course, January is the dead time for stores, once all the unwanted Christmas gifts have been returned for store credit, so although one might be scheduled for eighteen working hours for the week, she will most likely get a phone call from her department manager at the last minute, informing her that "things are slow" and therefore she won't be needed that night. There was no vacation pay and certainly no health insurance, so I mentally had to calculate which monthly bill would not get paid on time.

The hospital, on the other hand, offered actual benefits. And "customers" weren't surly. They appreciated every single little kindness offered. And face it, the job was interesting. I was able to learn more than simply how to punch numbers into a cash register.*

*I learned something from every job I ever had. Don't discount life experiences.

I would begin my shift at 3:30 in the afternoon, which left plenty of "kid time" during the day. My sons were four and two. We had no exciting "outings". We were poor, so a trip to the mall was our farthest journey, and it rarely ended well. Attempting to corral a toddler and a pre-schooler while browsing Woolworth's aisles only resulted in disapproving glares from store personnel. If I was feeling flush with cash, I'd purchase a '45 single from the record department and hope to make it all the way home without a tussle ensuing in the back seat, crushing my precious purchase to shiny black shards.

Cable TV was like manna from heaven, even though the fanciest channels available were WGN in Chicago and WTBS from Atlanta, which broadcast black and white reruns of James Garner's "Maverick" late at night. On June 1 something called a "news channel" debuted. Dave Walker and Lois Hart anchored its first newscast, which was memorable for Lois's hairdo. Imagine getting news anytime one wanted! What an alien concept! The channel called itself "CNN". Everyone said it wouldn't last; that it was a novelty. But we tuned in because it was new.

Back home, my little brother had discovered something called a Rubik's Cube. It was a frustrating little box puzzle and thus "stupid". I hated that thing, but still I persisted in twisting it around, hoping a miracle would happen (it never did).

Mom and Dad had bought a "VCR" and showed it off. I couldn't afford seven hundred dollars for an electronic gizmo, but I sure coveted theirs. My whole life I'd wanted the newest gadgets, because they would transform my life, and I scratched and clawed to get them. It wouldn't be too long before I bought a damn VCR, because I couldn't miss St. Elsewhere, which would be sacrilege, since I knew how hospitals worked!

I don't know why I attended movies with my mom. It's an alien concept to me, because Mom and I were never what you'd call bosom buddies; but we saw "Coal Miner's Daughter" together, which I've since seen approximately 10,000 times. (Did I mention we had HBO?)

Mom and I also saw "Urban Cowboy", which leads me (in a painfully roundabout way) to the top country songs of 1980.

Country music was dominated by Urban Cowboy. If one does not own the soundtrack album, they would not know.  Urban Cowboy and Kenny Rogers -- that basically sums up 1980. We country fans were on a quest to find something, anything, that would justify our faith in music. Country consisted of the old standbys and by those "new kids" who performed on the UC soundtrack...and by Eddie Rabbitt.

Super Kid wanted badly to be a super-hero. He was four years old. He thus dived off an orange velvet La-Z-Boy rocker smack-dab onto the corner of the coffee table. And thus he broke his nose. I saw it happen in slow motion but was unable to stop it. A trip to the emergency room ensued.

Thankfully, he was consoled by his all-time favorite TV show OF ALL TIME:

There were, of course, songs for us grown-ups, too.

And songs played on a PlaySkool record player, as rendered by the Chipmunks: 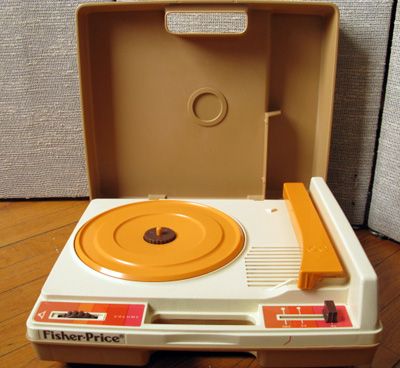 1980, to me, will be forever memorialized by Dolly Parton confronting Mister Hart; by Tommy Lee Jones; by a superkid breaking his nose, by Eddie Rabbitt and by Kenny Rogers and his white beard. By slender youth. By a chubby toddler mesmerized by a goofy LP recorded by Alvin and the Chipmunks.

By a faux-walnut paneled home and rooms separated by paper-thin walls.

By a mother's heart-piercing love.