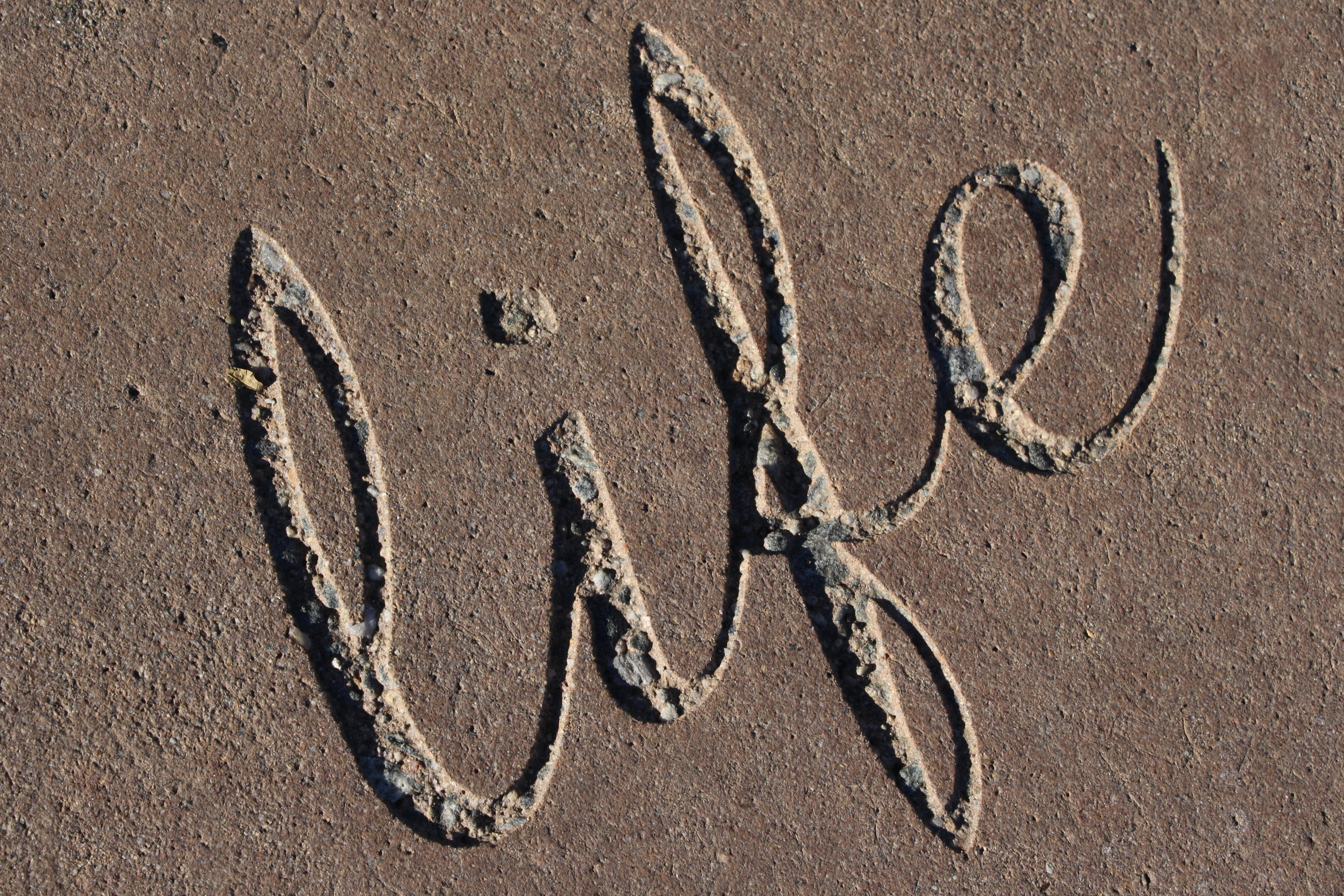 I write about my life here on this blog a lot, mostly to try to make sense of it. I wasn't unique, growing up in a dysfunctional household -- every kid has his own story -- but my story is mine. I think I write a lot, too, because I was there, but I wasn't there; if that makes any sense. I was so busy trying to survive that I forgot to remember myself. This makes things difficult when I try to look back. Music is my prompt. Maybe that's why music holds such a dear place in my heart. It helps me remember me.

I wrote my autobiography and published it for a while. Then I unpublished it because I was embarrassed. I'm not really a sharing person. I wrote it for me and then realized that I told my story so well that it could be worth someone's time to read. Then I reconsidered. The point isn't to have somebody tell me that I write well. The point is to get the words down. If I was to re-write it for publication, it wouldn't be totally honest. I'm not on board with that.

I used to write songs. Used to. My husband is a songwriter and he doesn't understand why I am not flinging song after song out into the universe. Songwriting for me was a phase. I've had lots of phases in my life. I'd latch onto something and be completely immersed in it for a couple of years, sort of how my dad liked certain foods so much he ate them exclusively until he didn't. Everything is essentially finite. For years I made counted cross-stitch pictures; framed them, hung them on the wall, gave them away as gifts. Maybe for ten years in total. Then I stopped. I got tired of it. I don't know why. Crafting was a balm for me. Songwriting was like that. I did it for more than ten years, but I slowly slipped out of the need to do it. Now I don't do anything -- except blog.

The reason I bring up my songwriting is that I realized tonight that I wrote my whole life in my songs. Which leads me to wonder why I've spent so many hours putting words to paper. My husband put together a CD of our early stuff, songs I haven't heard in years. Most of them were autobiographical. Maybe that's why I stopped. Maybe I'd said all there was to say.

So, tonight instead of embedding my favorite top forty videos, I thought I would share some of my own.

I've written about the time I lived at my uncle's bar, Triple Service when I was nine years old and how that experience shaped me. When one is nine, pretty much any experience will shape them. As a farm kid, moving to a "town", which Triple Service actually wasn't in, was the absolute most exciting thing that had ever happened to me. And it granted me my life-long love affair with bars. Things like that imprint on one's mind. Had I moved to a restaurant that exclusively served spaghetti and meatballs, well, I would be in love with Italian cuisine. It doesn't take much for kids...

Ghost Town is sort of about Triple Service, too. In my early forties, I traveled back to Lisbon, North Dakota, to try to find it. The building was still there, but it was lost and forlorn. The gas pumps were no more. The building was a big white blob. The big red letters that spelled out TRIPLE SERVICE had been torn down sometime in the sixties. Somebody in town told me that the premises was now an Eagles Club or something. Well, when I traveled down the lonely road and finally found it, nobody was parked in the lot. I guess the Eagles weren't a burgeoning enterprise in Lisbon. The only remnant, the only shard that told me I was in the right place was the bulging propane tank that still squatted at the far end of the abandoned rectangle.

I wrote a song about my dad, too, once I finally reconciled inside my brain everything that had happened. It took me a long time, decades, to see things from a perspective other than my own. Actually, it didn't happen until my dad was gone. I was so proud of my dad for getting treatment (that took) for his alcoholism. I'd endured his first two failed attempts as a teenager and had eventually turned against him and banished him from my consciousness.  I gave up on him and owned up to the fact that he didn't give a damn about anyone or anything except Johnny Walker. Age has a way of bestowing wisdom:

Too, I wrote about my first real job and the new dysfunctional family I'd inherited. In our little microfilm office in the back of the Vital Statistics Department, three of us sat and traced over ancient birth and marriage records to ready them for filming. And we smoked and listened to AM radio. And Gordon Lightfoot sent a dire warning through the radio's speakers:


I wrote a lot of songs, most of which don't have accompanying videos, because I didn't much feel like creating them. Which leads me to my "lazy" song. I will not deny that I was a lazy kid. My husband played a VHS tape once of family memories, and there I was, lying back on a chaise lounge, my head propped on my elbow, looking for all the world like the most bored child in the world. I was mostly bored, I'll admit, but that's really no excuse for laziness. Apparently I was waiting for the world to come to me. It actually never did.

I'm still waiting.
This was supposed to be a dub vocal, but we never got around to doing it right. I'll chalk it up to laziness:

This is my favorite song of all I've written.

You can take the girl out of sloth, but you can't take the sloth out of the girl.