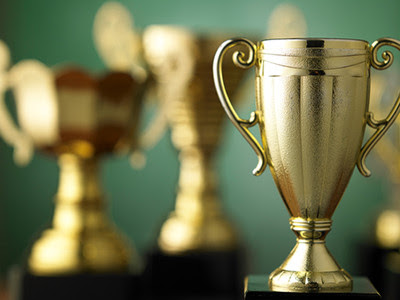 I haven't watched the CMA Awards since roughly 2001. Honestly, I don't know Luke Bryan from Jake Owen (seriously, I don't). I only know who Blake Shelton is because he had some minor hits early in the 2000's, when I still listened to country nominally, and when Blake still had extra-long hair.

The CMA's were a decades-long mainstay for me, from the time when, as a teenager, I purchased a money order and mailed it to the Country Music Association in Nashville in order to become a voting member. The CMA's vetting process was rather rudimentary in the late sixties. I think I told them I was a radio executive or something. I take credit for putting Merle Haggard over the top in 1970 (not really; it was Merle's year).

Ever since I stopped listening to country music, I've satisfied my fleeting curiosity by reading next-day recaps of the awards show.

So, I hear that Garth Brooks won Entertainer of the Year award this year. Did I fall asleep and wake up in 1992? How pitiful does country music have to be to be forced to reach back in time and bestow its highest award on an artist who was relevant twenty-five years ago? I wonder if Garth still climbs ropes on stage, or does he now shuffle in grasping his walker? I hear next year Charley Pride will be in contention. This is no knock on Garth, but more so an indictment of today's country music. This is what happens when you clutch "relevance" and sacrifice "music".

I used to think that country would cycle through its bad periods and become good again. It happened so many times in my life. Just when I thought country was done, it surprised me. The mid-seventies was a bad time; an approximately ten year period of bad times, but then some artists who hadn't forgotten country music showed up on the scene and breathed life into it again. Even back as far as the sixties, in the period of Chet Atkins' slickly-produced middle-of-the-road singles, with the Anita Kerr Singers oohing and ahhing in the background of every song, Merle showed up and put the Nashville sellouts in their place.

Now I think country is gone for good.

In the western town I called home for most of my life, pretty much everybody listened to country. If somebody asked a random person, what's your favorite song, they might answer, "In My Life" by Collin Raye. Now, in the oh-so-sophisticated metropolitan area in which I live, nobody listens to country music. Nobody actually listens to music at all. A co-worker the other day, however, outside on a break, said, "I think I'll go back to listening to my old-time stuff, like Harper Valley PTA." In the eighteen years I've worked for my company, that was the first time I ever heard anyone say anything about country music, and what she said was a reference to a 1960's throwback.

I understand that Brad Paisley (who also is a bit long in the tooth, to be honest) did one of his famous parodies, this one implicitly criticizing the President. Really, Brad? Know your market, Brad. I'm not that big a Paisley fan to begin with, but for sure I won't be purchasing any of his albums now. But if it makes you feel good, Brad, knock yourself out. I understand there was a bit of controversy this year when the CMA decreed that the awards would be a "politics-free zone". I guess Brad didn't like that, so Brad went his own way. I personally endeavor to not offend the person who is signing my paycheck, but whatever, Brad. The last "political" moment I remember from the CMA's was when Charlie Rich torched the card naming John Denver the Entertainer of the Year. At least Charlie's gesture had purpose; meaning. John Denver wasn't a country artist and was an interloper. Brad Paisley simply doesn't like the President's tweets. Here's a suggestion, Brad: Don't read them.

Some other people, too, won some awards, but since I don't know them, I don't actually care.

And speaking of Harper Valley, PTA:

The inductees into the Songwriter's Hall of Fame were recently announced. In the "Non-Performing Songwriters" category, there is Bill Anderson. This was most likely news to Bill, since he's actually been performing since sometime in the early sixties. He has a band and everything. That's what happens when you don't do your research.

Nevertheless, Bill Anderson has written some classic (classic!) country songs; such as:

Proof that Bill Anderson was a "performing" songwriter:

In the "Performing Songwriters" category (in an upside-down world), we have Tom T. Hall. I'm going to go out on a limb and say that Bill Anderson was more of a performing songwriter than Tom T. ever hoped to be, but let's not quibble.

Here's my beef with Tom T. Hall ~ he doesn't represent the epitome of songwriting. For one thing, he apparently disdains choruses. A chorus is the lifeblood of a song! Trust me. One can write the most inane dribble, but if they write a good chorus, all is forgiven. Tom went his own way, though. Every single song that Tom T. wrote is notable for its lack of a chorus. Such as:

Everybody hates this song, and with good reason:

I will admit that I purchased a Tom T. Hall album in the late sixties. Somebody told me to do so. I think it was called, "A Week In A County Jail". One of the tracks on the album was this one (note the absence of a chorus):

The only song I ever liked that Tom T. Hall wrote:

Then there's the Country Music Hall of Fame.

The Hall of Fame says, you're somebody. You're really somebody. You've arrived. It's not easy to be a Hall of Fame inductee. You have to pay your dues. You have to slog through brittle bone-chilling December towns and put on a show for people who just want to see what you have to offer. They're not necessarily sold on you; you need to prove yourself.

I saw Alan Jackson in concert. He was no Randy Travis, but he sure had the songs. I got as much out of an Alan Jackson concert as I would have by staying home and playing his CD's ~ he wasn't what one would call a dynamic performer. He didn't climb ropes. He was George Strait without the charisma. Don't care. He still had the songs.

If for nothing more than this song, he deserves his place in the Country Music Hall of Fame: