Christmas Really Is For Kids 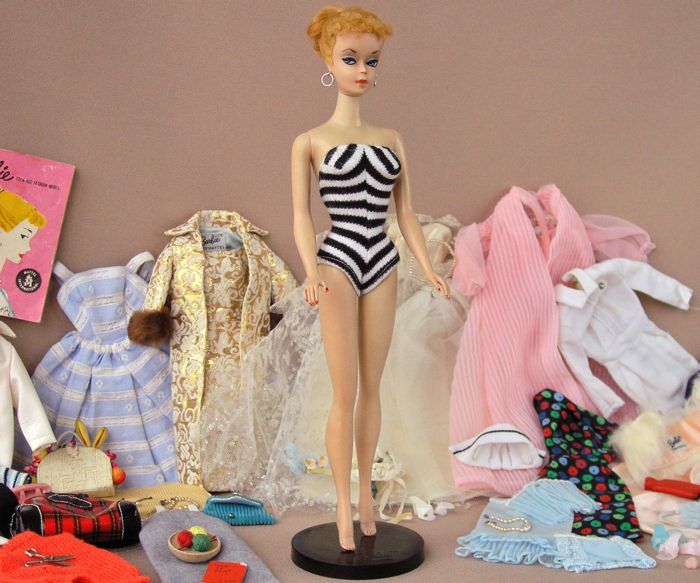 (Unfortunately, I never got the outfits.)

I wasn't a toy kid. One must understand, in the early sixties, there weren't a lot of fun toys. Boys had Tonka trucks -- and they were the ones with the sharp metal edges; not the molded plastic "safe" ones. One unfortunate stumble in the living room could result in a nasty head wound, which in modern times would mean a trip to the ER, but in the sixties Mom would slap on a Band-aid on and call it done. Boys (and moms) were tougher back then.

Even though I wasn't really into toys, I was into the Sears Christmas catalog. That awesome cornucopia of glossy full-color images showed up in our rural mailbox sometime in November, and I lay prostrate on the kitchen linoleum with a sharpened pencil for hours and days, circling every shiny thing I wished for, for Christmas. I really, really wanted the Barbie wedding dress. Really.

I never got it. Apparently it was "too expensive". But Mom said that about everything I wanted. How much could a Barbie wedding gown have cost in 1963? $3.99? What could Mom and Dad afford -- a Three Musketeers Bar?

It wasn't so much that I liked dolls -- I didn't. But I liked pretty dresses. I had a baby doll once. I think I cut her hair and then she looked hideous and I shunned her. She was one of those dolls that you fed water through a bottle and then she wet her pants. Apparently bed-wetting was a desirous trait in plastic dolls in the sixties. Shoot, I had a little sister for that. 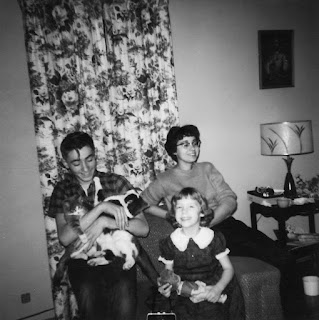 I also never got a Chatty Cathy doll, which is just as well. Look at her:

She is reminiscent of seventies horror films. I think this is where the inspiration for "Chucky" came from.

I liked coloring books and crayons. Again, I wanted the box of 64 crayons with a built-in sharpener, but the most I ever got was the 16. I made the best of it. There was a wondrous invention -- paint that, when you touched the brush to a coloring book drawing, it created sparkles. Sapphire, emerald, and ruby shimmers. That engrossed me for approximately one evening.

I also had paper dolls. Those were fun. I had the Patty Duke ones -- you know, Patty and her identical cousin, Cathy. 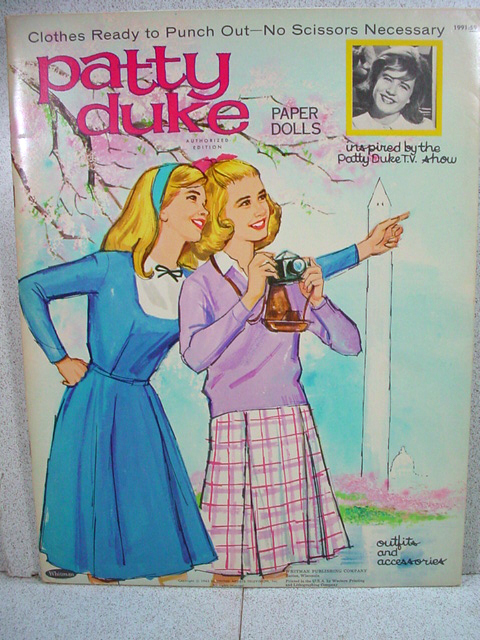 Come to think of it, I was a very economical gift recipient.

The weird thing about my mom, who I was convinced hated me, is that she always found stupendous gifts. One year I got a cardboard storefront with pasteboard shelves, fake bottles of milk and counterfeit boxes of mashed potato flakes and a cash register with pretend money. Suddenly at six I was a proprietor. I loved imagining. 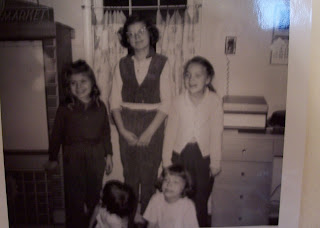 (The store is on the left. The people are all nuts, except me, in the lower right.)

Of course, the very, very best Christmas gift she ever got me was my record player. And I had no inkling. 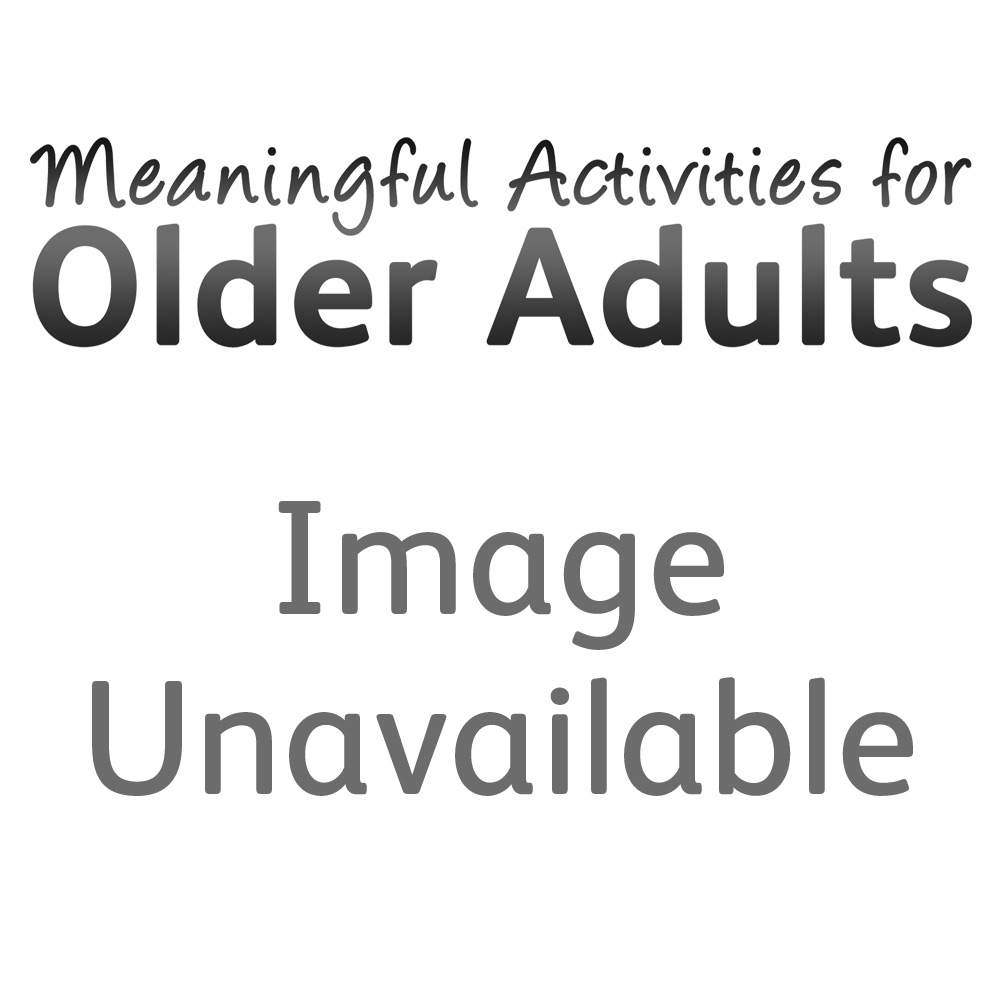 Maybe Mom wasn't so bad after all.

The most fun I ever had with toys was when I shopped for my sons for Christmas. Those are the toys I remember best.

My oldest son liked toys, no doubt. He loved Transformers. But his gig was Lego sets. He would sit on the living room floor for hours building all manner of structures out of Legos. Sort of like my crayons, he was into creating things. 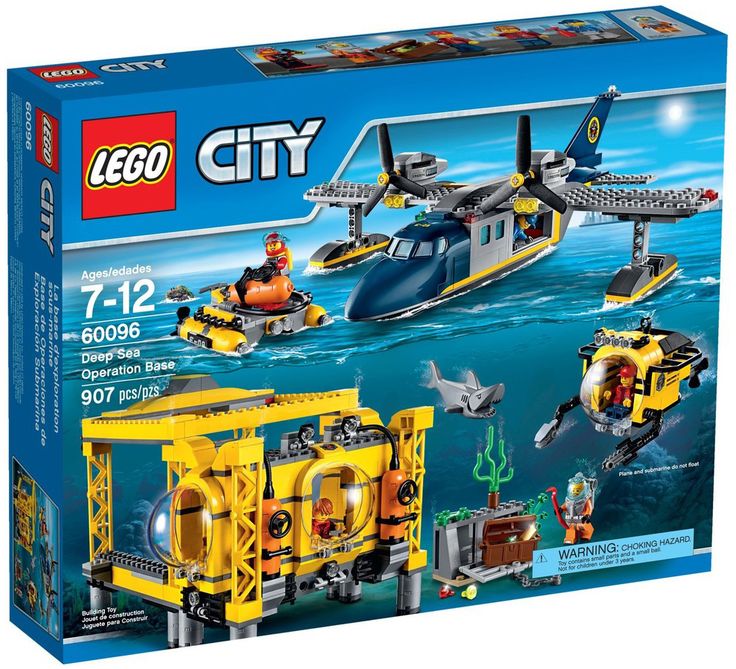 For my youngest, one year when he was around three, I got him this: 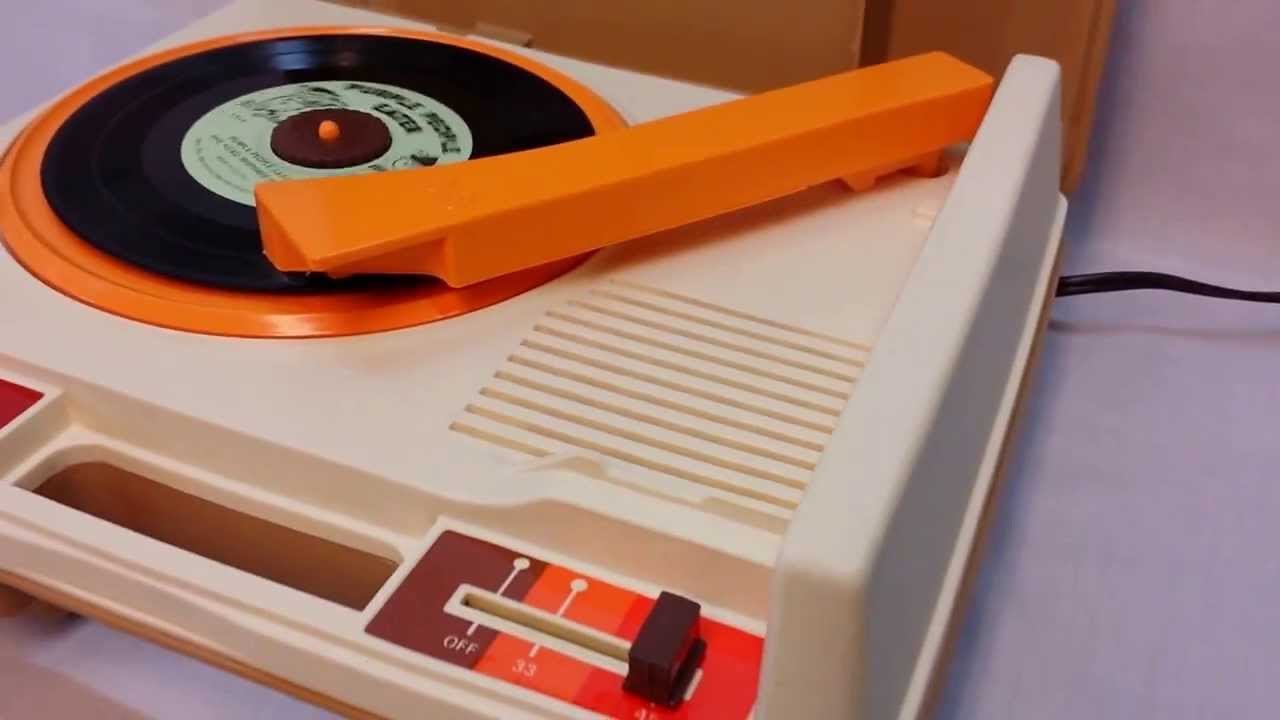 He probably doesn't think of this as his very best Christmas gift ever. I can attest that he liked it, though.

I wonder if life consists of collecting memories. When we don't even know that we are.

I try not to play this song at Christmastime. But I inevitably do. And then I tear up.

I think I subconsciously need to play it.

May your memories make you cry, just a little.