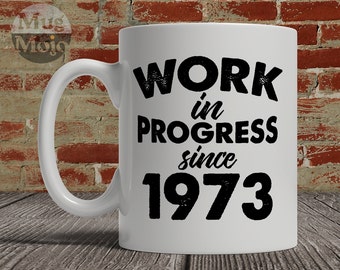 I was thinking about work tonight, which is not like me. When I leave my workplace on Friday afternoon, bye-bye! One needs to maintain a separation between work life and actual life. I know people who live for their jobs. That used to be me, but I'm older and much wiser now.

I got my first real job in 1973; and by real job, I mean one in which I didn't report to my parents. As a newly-minted high school graduate, with no idea why I would want to attend college, I realized that I needed to put my two years of typing class to use. I'd also taken two years of shorthand, but you know what? Nobody in the course of history has ever employed shorthand in an actual job. Shorthand was a scam, but I prefer to call it a "lost art", because it sounds mystic.

Living in the capitol city of my state, government jobs flowed like water. Luckily for me. I landed a job as a Clerk Typist I in the State Health Department, Division of Vital Statistics. The office housed all the birth, death, and marriage records from the early days of Dakota Territory to the present day. Of course, the first thing I did when I had the chance was scan the shelves to find my own birth certificate, and then my dad's. Then I located my mom and dad's marriage document. None of those records contained anything eye-opening. But, after all, who wouldn't have looked? There were rack upon rack of big dusty books in the bowels of the Vital Statistics office.

Folks would pop in from time to time, ride the elevator (that had its own valet) up to the seventeenth floor, fill out a form and leave with a certified copy of their record of birth. I typed up my own copy for myself; made myself three years older than I actually was, so I could go to bars and not get kicked out. (Is it okay to admit that now? I'm thinking after forty-four years, the statute of limitations has run out.)

After a few months of manning the front desk and trying to look busy during the quiet times, I was chosen to be part of a new (exciting!) project. The big dusty books had to go -- we were now going to microfilm all the ancient reposing records. Microfilm. Much like shorthand, microfilm is a remnant of a bygone era. A microfilm machine was a big camera that one slid papers under and pressed a round red button. Oh, but I bet everyone else in the office was keenly jealous! Who wouldn't be?

As an eighteen-year-old, I didn't fully understand the solemnity of my charge. We were a three-woman team -- our new supervisor and a girl named Alice and me. We had an office in the back with a door that we closed behind us. We sat at two desks -- one for the supe and one for Alice and me. And we lugged those powdery books from the shelves in the catacombs of the warehouse back to our little cubby and traced with pencil over the ancient typing that had turned faint from decades of being encased between stiff binders. Ahh, the glamour! Then each of us would take a turn behind the secret curtain and snap pictures for an hour. Over and over and over.

Do that for a day and you will never want to come back. Do it for a year and you will be tempted to hurl yourself out the seventeenth-story window.

Luckily, we had our radio. And cigarettes. It was a putrid, smoky closet that had nice tunes.

AM radio was our suicide repellent. It was all that saved us. KFYR featured all manner of songs; radio was not yet compartmentalized in 1973-74.

That's when I realized Barbra Streisand was actually a really good singer.

Nadia's Theme, we knew, was the theme song for the Young And The Restless. You can call it what you want, but come on.

I wonder if they still use that theme song today. My soap days are long behind me, so I don't know. I suppose Katherine Chancellor is long gone. She'd be about a hundred and ten years old if she were still around.

I told Alice she should use this next song in her wedding. She demurred. I still feel I was right:

I liked this one. I knew BJ Thomas had done the original, but Blue Swede took it to a whole new level:

I guess the bandwagon was filled to the brim with old songs done in new ways:

I never lie on this blog, or try to recreate history. This was a big hit in 1974, and we liked it:

I'm somewhat proud to say that one of the two worst songs of all time was released in 1974. It's a minor conceit, admittedly, but I'm going to claim it:

No offense to my little sister, but these next two songs remind me of her. While I, at age eleven, was grooving to the Beatles, she was stuck with tracks like this:

I won't delineate here why this next song is, to me, synonymous with tornadoes. That's a whole different scary story, but here it is:

We didn't exactly think Jim Stafford was funny, per se, but he was odd. If I was of a mind to look him up, I'd probably find that he had some serious songs. To everyone's dismay, though, he will be remembered for stuff like this:

"Star Baby" was a revelation and taught me that Burton Cummings was a sex-drenched god. But the Guess Who chose to follow that hit up with this one. Nevertheless, we liked it:

There was also this new guy who popped up around 1974. He was British. He could sing. He could definitely sing. He liked feather boas and humongous eyeglasses.

But, boy, could he sing:

Yes, the tunes went on forever in that tiny, choke-filled room, and we tried to remember that there was actual breathing life somewhere far below the seventeenth floor.

This song was to me...in 1974...as I struggled to believe that blue sky existed somewhere...everything:

And yes, I wrote about that time. Of course.