The Downfall of TV's "Nashville" 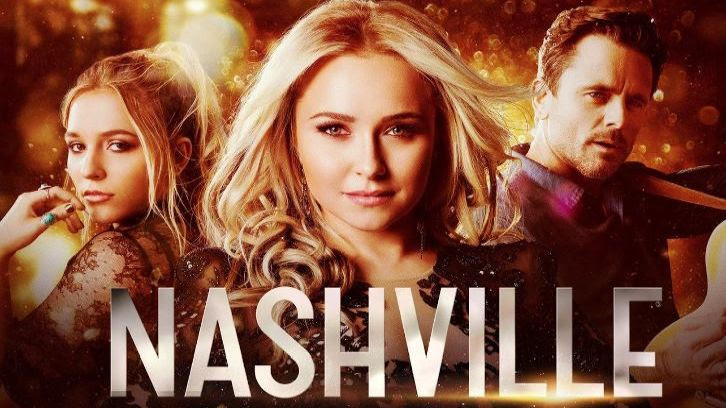 I viewed the very first episode of Nashville skeptically. I was curious what alternate country music universe the writers would create. I thought the Juliette Barnes character was created to depict a naughty Taylor Swift. Deacon Claybourne was a renowned songwriter -- believable -- but singer/songwriter? Not so much. I know that Charles Esten now regularly appears on the Grand Ole Opry, but I think that's just a pity booking, because he's frankly not a great singer. Funny how an actor who was previously best known for being a sketch player on Whose Line Is It Anyway is suddenly a "famous" country singer. The most preposterous casting was Connie Britton as a Reba-ish country music superstar. Because Connie Britton can't sing, hard as she tried.

However, like all soap operas, Nashville sucked me in. I can't exactly pinpoint why. The show certainly created, then killed off, many characters over the years. It completely misused the late Powers Boothe, who was an extraordinary actor. There were multiple mothers who died, a dad who went to prison, and his little brat daughter who's now decided that Deacon is her "dad". I guess real dad can go to hell. I understand that actors sign short-term contracts and are eventually gone, but don't insult the viewers' intelligence.

Then there is the most annoying character ever created, Scarlett O'Connor. Clare Bowen needs a better voice coach to help her simulate an Alabama accent. I've often had to rewind my DVR recording to try to figure out what Scarlett said, in case it was an important plot point. In the actress's defense, though, she was given a thankless part to play -- a simpering, self-pitying, self-indulgent scold.

I guess when it comes down to it, I stayed because of Juliette and Avery. Expanding Jonathan Jackson's role was a deft move. Man, some of the scenes in which he cried, heartbroken, broke my heart.

The other thing that drew me in was the music. When T Bone Burnett was the musical director, there were some good songs -- not really country -- kind of a T Bone kind of country. When he left the series, he had this to say:

"Some people were making a drama about real musicians' lives, and some were making a soap opera, so there was that confusion,” he told The Hollywood Reporter. “It was a knock-down, bloody, drag-out fight, every episode.”

Reportedly, when Nashville was canceled by ABC and subsequently picked up by CMT, the mandate was to make more room for music. Could have fooled me. The show barely features one verse/chorus of a song now, and frankly, that's a good thing. I fast-forward through the "musical" numbers, because the songs are sucky.

The thing about soap operas is, you hang on and hang on, because you don't want to miss what might happen. I watched Days Of Our Lives and The Young And The Restless for years; and frankly, the story never ends. At some point, however, real life invades and one has to finally give up. I'm guessing Bo and Hope are no longer tooling along on his motorcycle (unless they're part of the local AARP club). Jack Abbott (the real Jack Abbott -- Terry Lester) has sadly passed away.

Nashville will, however, end. So I'm going to bear it out -- this last season, or half-season. The problem with the show is, there are no longer any stakes.

When ABC decided to cancel the show, it created an ending that was satisfying. Then enough people bitched, and CMT picked up the show. So the happy ending was flung aside. Then Rana died. As bad and unconvincing a singer as Connie Britton was, she's a good actress. She did essentially carry the show. CMT thus decided that Rana's eldest daughter would be the new ingenue, and sorry, but Lennon Stella can't pull it off. I understand that the Stella Sisters are good -- as a duo -- but Maisy's character is too busy stabbing her real dad in the back and adopting street urchins, so she's apparently no longer allowed to sing. And Lennon can't carry it off as a solo.

I've only seen the first episode of the sixth season so far. I watch Nashville on Hulu, because I refuse to be a slave to network TV and its interruptions to try to sell me things I don't want, so there is a delay before the next episode is available. All I know right now is, Juliette is falling prey to a guy who is either a stalker Doctor Phil or a Scientology-like self-help cult leader. It could go either way.

And I don't actually care, but I'm going to see it through to the end.

The downfall of Nashville was that it forgot the music.

Surprisingly (or not?) is that Hayden Panetierre is the best country singer the show ever found.

Connie and Charles could do a good performance, given a good song:

This was probably the song that roped me in:

"Nashville" was supposed to be about country music.

Too bad they forgot.